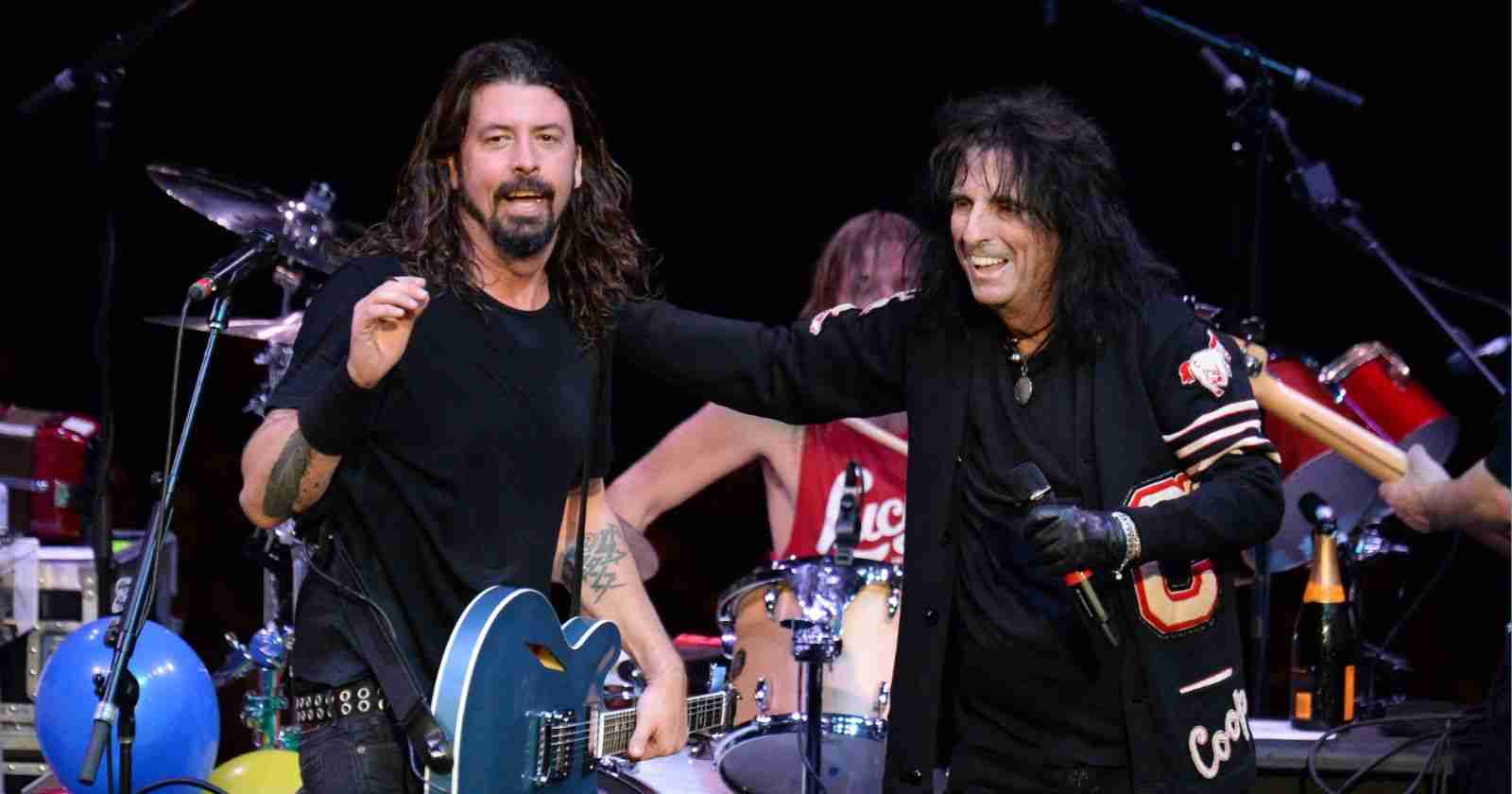 Alice Cooper that is currently promoting his new album Detroit Stories said in an interview with Rock 100.5 that if he didn’t had a band, he would like to be Foo Fighters frontman. He explained that the band always play his songs exactly the way they are.

Alice Cooper explained why he would like to be Foo Fighters frontman:

“I think probably the Foo Fighters. Only because they’re exactly… When they do my songs, they do it exactly like the band. I mean, it’s amazing. I’ve done a bunch of things with the Foo Fighters, and a lot of their influence was Alice Cooper. The guys in the band, they said they learned how to play listening to our early albums.”

“So when I go up on stage with the Foo Fighters, they nail my songs — they do ’em exactly the way they should be done. So I’d probably be in that band, if they ever needed a really sick lead singer.”

He went on to praise the musicianship in Foo Fighters, saying: “First of all, they’ve got the two best drummers. People keep forgetting that Dave Grohl… The first time I saw Nirvana, I looked right past the first two guys, and I said, ‘Who’s this drummer?’ ‘Cause he was really good; he stuck out.”

“And I said, ‘If that band ever breaks up, I’m going for that drummer.’ … I went up and did a couple of songs with (drummer Taylor Hawkins’s) band also. And he is really something. Hawkins is the Energizer bunny.”

The new Alice Cooper album “Detroit Stories” was released on February 26, 2021 via earMUSIC. Cooper is 72 and still rocking, hoping to perform live next year.