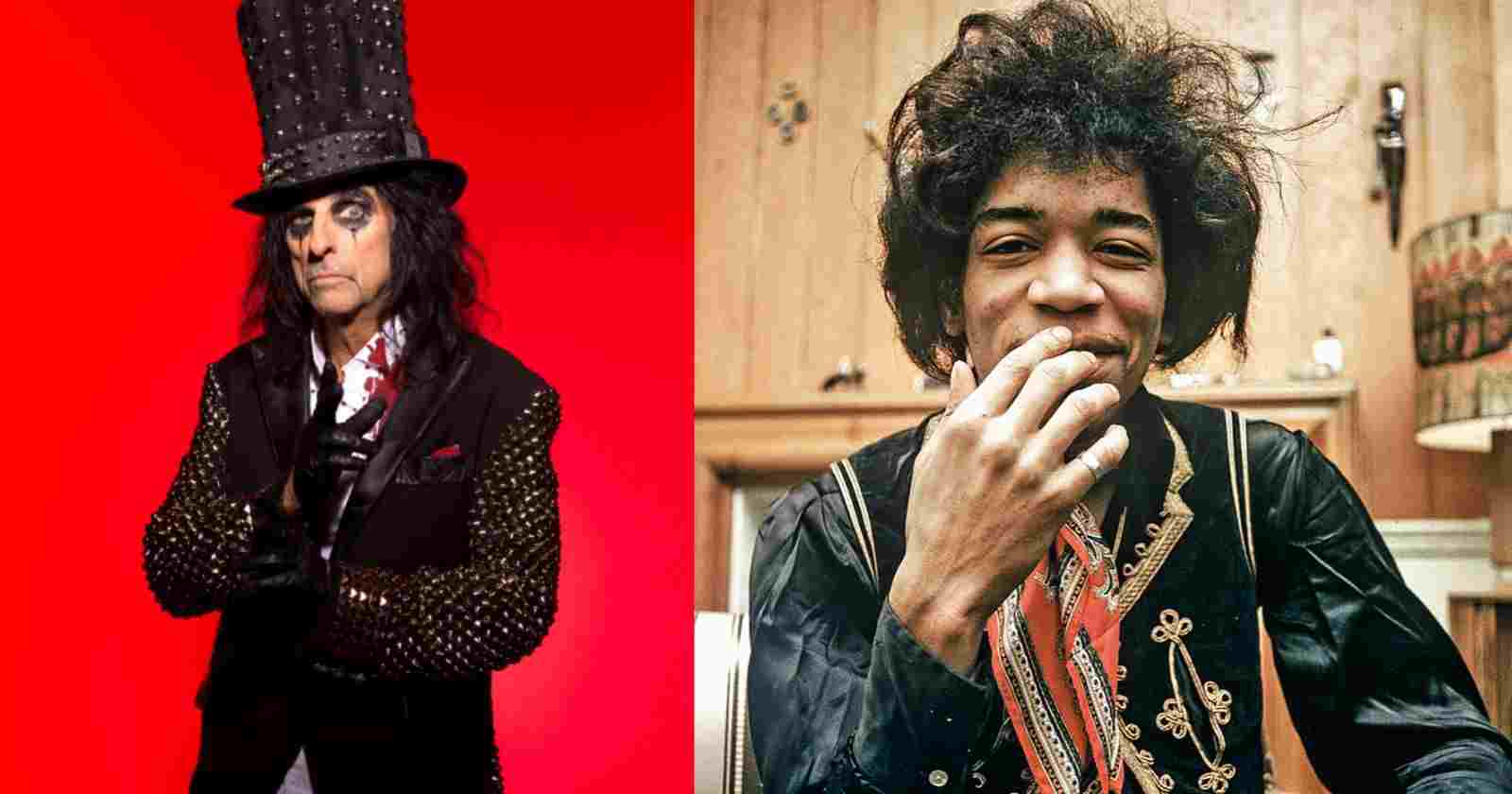 The godfather of Shock Rock, Alice Cooper recalled in an interview with SDR Show that the late legendary guitarist Jimi Hendrix was the first person that gave him a joint. The musician recalled they were just a high school band that went to see Hendrix and were invited to go to his hotel after the show.

Alice Cooper recalls Jimi Hendrix was the first person that gave him a joint:

“I’m sitting there after the show. I went to see them (Hendrix band). We were just a little high school band, but they said, ‘Hey, come on up to the hotel room.’ And we were sitting on his bed, and Jimi goes, ‘Here, man’ [with a joint], and I went, ‘Okay.’”

“[Hendrix] goes and puts a quarter in the bed – you know, the vibrating bed. There was like eight people sitting on the bed. And he goes, ‘We’re on a spaceship!’ And I went, ‘Okay.’”

“It was Detroit, and I think it was crystal THC. It was like four in the morning. I kind of regained consciousness … Then I got up. I remember it was about 20 degrees below outside – and I walked outside just in my shirt on, just to wake up. And when I came back in, everybody was just kind of coming up. It was weird; it was like a [Federico] Fellini thing. And it was so strange that I really did believe that everybody was dead and that I was the only one that survived it.”

In an interview with NME, the musician that is currently promoting his new album “Detroit Stories” recalled that David Bowie used to watch his shows as an inspiration. “From what I understand, he used to bring the Spiders From Mars to our shows and say, ‘That’s what we should be doing.’ And I never had a problem with it. David and I got along really well. For one thing, he was going to do something theatrically that was entirely different from Alice Cooper. His music, his early music, I really liked his early, early music.”

“I kind of fell away when he got into dance and got into Studio 54 kind of music. But you know, the early stuff was really right up our alley. It was kind of stuff we went, ‘Wow, listen to Bowie’s new stuff.’

“But yeah, they all came to see us. The only guy that we were at the same time was Arthur Brown. Arthur and I had never met. So I had never seen Arthur Brown with makeup on. So it was a coincidence that both of us were doing the same kind of character that was out there. When I saw him, we ended up becoming very good friends. to this day, Arthur is still a very good friend.”