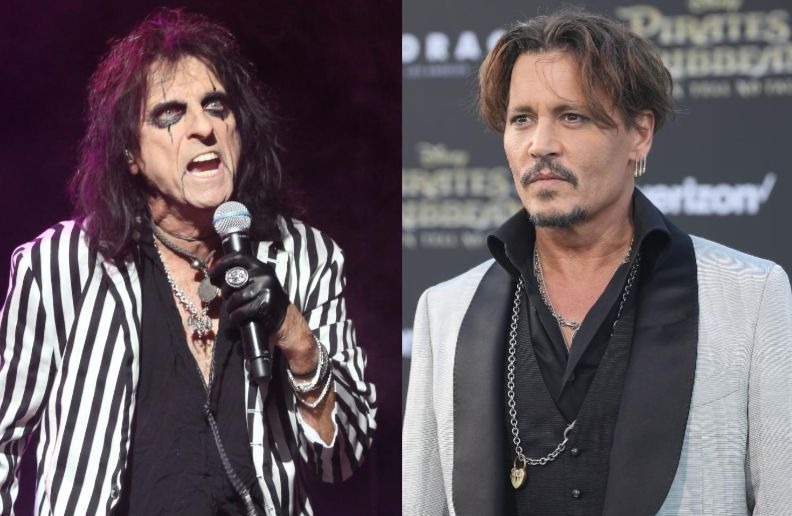 In an interview on Rock Talk with Mitch Lafon, the legendary Alice Cooper talked about the current state of Hollywood Vampires, the supergroup that he is the lead singer and has Joe Perry, Johnny Depp, Duff McKagan, Matt Sorum and Robert DeLeo. In the talk, the vocalist defended Depp.

“It’s whoever has the best songs. Those are the ones that get on the record. We all come in with different songs, we all agree that there’s no ego in the whole thing, we just go, ‘Okay, that song is great.’

“It’s really on the quality of the song, not who wrote it, and it ends up always being one of those things where everybody pretty much has an equal amount of songs on there.

“It’s kind of interesting for me, and I can say this right now because I don’t think Johnny minds, when I was on tour, Johnny was writing songs.

“Now, if you remember about all last year, all you ever heard was, ‘Johnny Depp broke,’ ‘Johnny Depp in trouble for this,’ and ‘Johnny Depp this and that.’ All of that stuff was bull.

“I know he’s not drinking, and I know he’s having the time of his life on the road, so every single thing that I read was absolutely false. He’s happy when he’s on the road playing guitar with Vampires.”

“The funny thing is, now he started writing songs, right? So what’s gonna happen in those songs? I’m listening to these songs that he wrote and I’m going, ‘Aha, I’m gonna be singing this song.’

“And it’s Johnny venting about all the crap that people are saying about it, so it’s really kind of – I’m just mouthpiece on this one, you know, and I’m singing his anger on a lot of these songs.