The godfather of shock rock, Alice Cooper, is promoting his recent album “Paranormal” around the world, he just finished an South American tour and now he announced early 2018 dates for North America.

Called “A Paranormal Evening With Alice Cooper”, the tour starts on March 1 in Windsor, Ontario, Canada and goes until March 29 in Indianapolis. 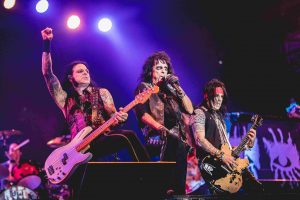 March 01 – Windsor, ON -The Colosseum at Caesar’s