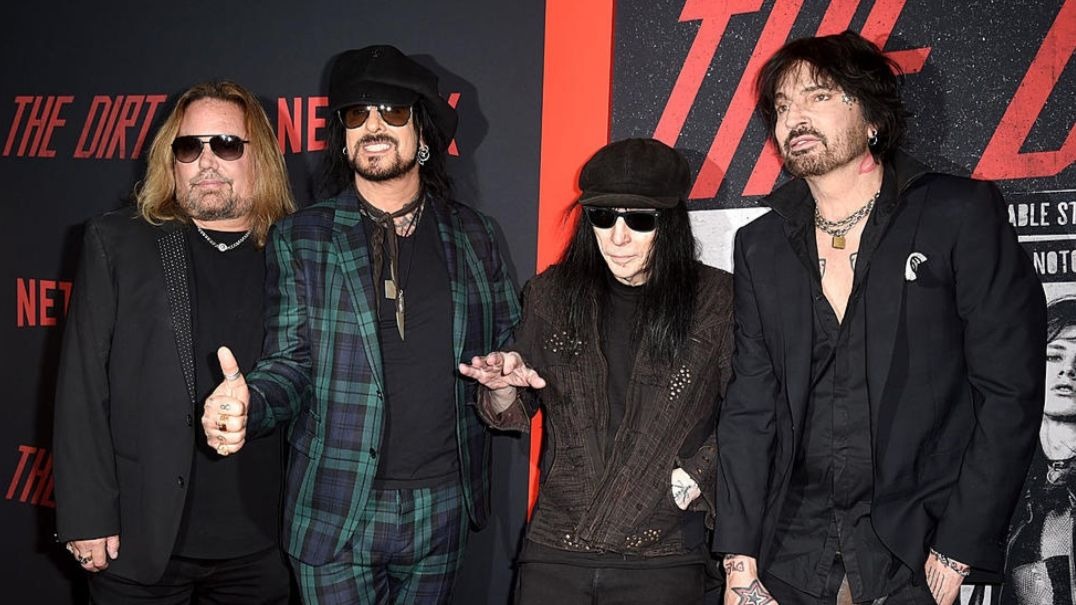 Thanks to the biopic The Dirt, Mötley Crüe popularity is rising again. The band’s sales and streams have increased dramatically since the release of the movie on Netflix. On iTunes alone, downloads were up 2027%. Now the movie’s soundtrack has hit the Billboard Top 10.

This week it was announced that the album reached 30,000 units by the end of March. 15,000 of that number were in album sales. This is Crüe’s ninth album to hit the Top 10.

For the film, Vince Neil, Nikki Sixx, Tommy Lee and Mick Mars returned to the studio. There are four new songs: “The Dirt” with Machine Gun Kelly, “Ride With The Devil” and “Crash And Burn”. The fourth is a cover of “Like A Virgin” by Madonna.