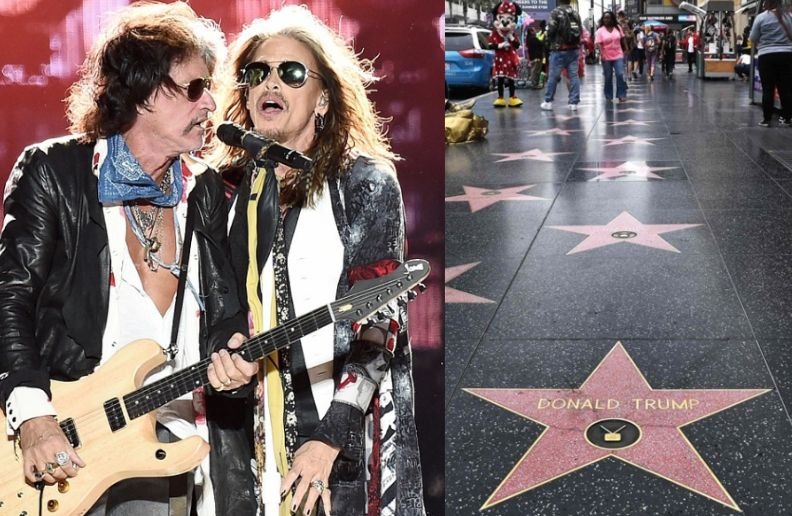 The rock of the 70’s and 80’s won the hearts of many, and the fame of these artists today reflects their success and the admiration of their audience. The recognition comes in a variety of ways, from the shows crowded even after decades of career to even more symbolic ways, such as having a star on the Hollywood Walk of Fame.

We have the examples of bands and artists like Journey, Queen, Ozzy Osbourne and guitarist Slash who have already won such merit. Next week, another band will join the group of “starring” bands: Aerosmith.

The event will be presented by the CEO of the Hollywood Chamber of Commerce, Rana Ghadban on 14 (Thursday). There will be live broadcast as well, starting at 11.30 local time on their official website.

Producer Ana Martinez made a statement about the group led by Steven Tyler:
Finally! We waited a long time to honor Aerosmith with its own star on the Hollywood Walk of Fame. It is one of the biggest rock bands in the world, and we hope that many fans are ‘crazy’ happy to see them consecrated.

Martinez did not lie when she pointed to Aerosmith as one of the biggest bands ever.

From 1973 until today, the band has released 15 studio albums and has already been awarded four Grammys, all in the category of Best Rock Performance by a Double or Group