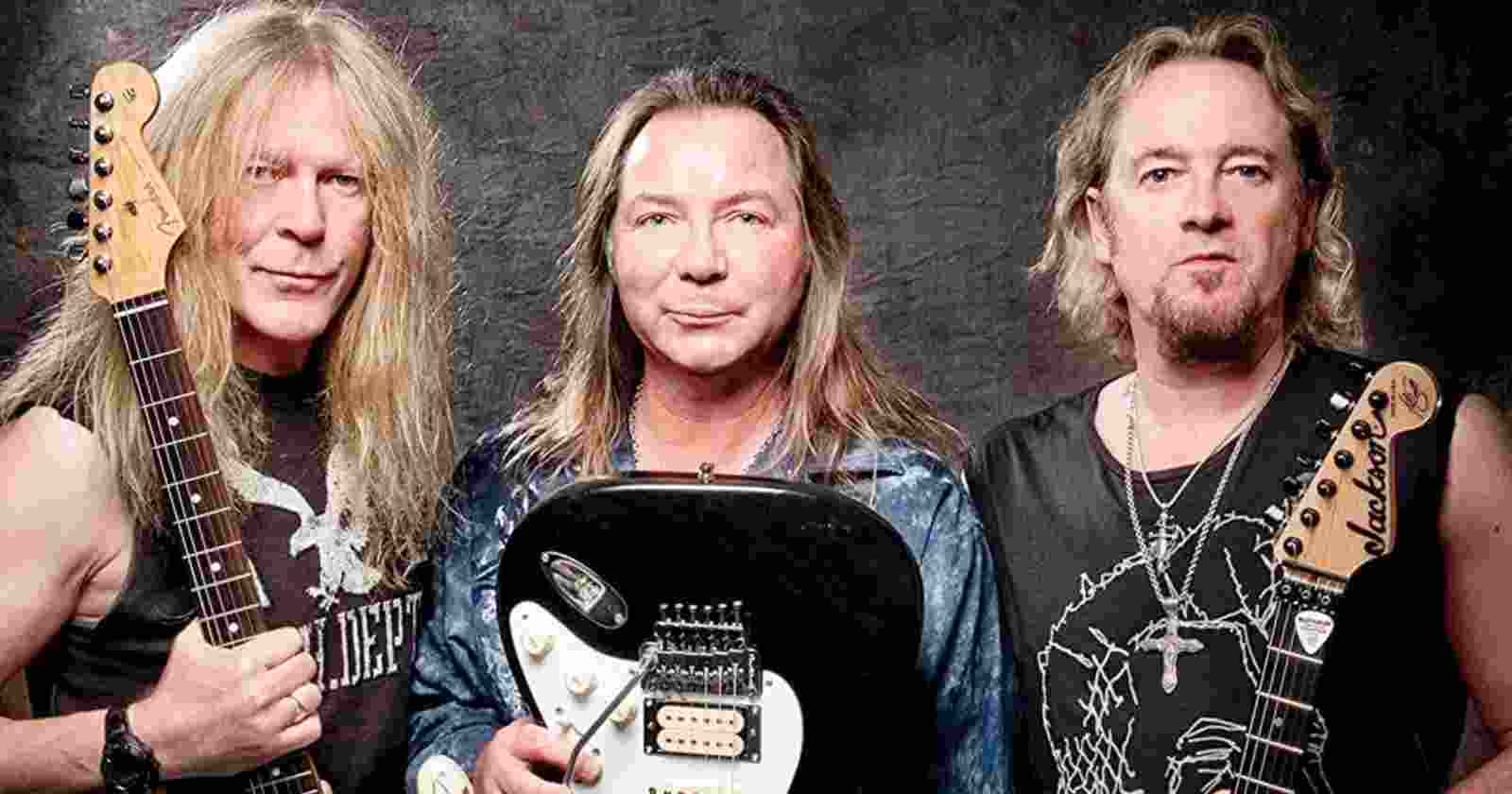 Since the 90’s Iron Maiden has three guitarists: Adrian Smith, Dave Murray and Janick Gers, something unusual for rock bands. In an interview with Raised On Radio, Smith explained how the band works with three people playing the guitar.

“Yeah, it could have gone horribly wrong, couldn’t it? I mean, imagine that with three Yngwies or three Ritchie Blackmores… It wouldn’t work. Dave [Murray] and I go way back. At first, maybe I thought that Jan [Janick Gers] and I would do half a set each or something, but Steve [Harris, bass] came up with this mad idea.”

“He suggested to them to have three guitarists. I’d like to have been in the room when he said that… But, we tried it out. We went down to Portugal, we started knocking a few ideas together in this warehouse – it was like a motorcycle club, there was all these motorbikes in there.” 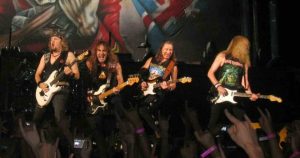 “We were all standing and looking at each other and someone said, ‘Anyone got any ideas?’ So I said, ‘I’ve got a riff.’ So, I had ‘The Wicker Man,’ and we started playing it, and it just clicked. So we went on from there. It works out – amazingly enough, it works out. In the old stuff, there’s so many harmonies, unison solos, riffs… I mean, it’s so much work. It actually really works well with three guitars, especially live.”

Adrian Smith was born in London, February 27, 1957 and is considered along with Dave Murray, one of the best and most influential guitarists of all time. He joined the band shortly after the departure of Dennis Straton, on the recommendation of his friend Dave Murray. Adrian stayed on Maiden for 9 years (1981-1990), leaving at the end of the decade to try other projects, and returned to Maiden with Bruce Dickinson in 1999, after recording two solo albums with the singer. Before that he worked on other projects like ASAP and Psycho Motel. In 2010 he founded the band Primal Rock Rebellion.