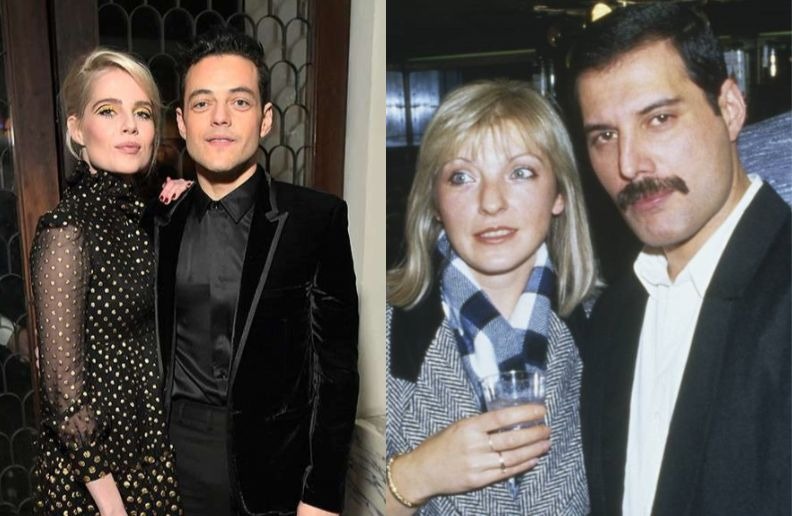 Whoever watched the broadcast of the 2019 Oscar awards ceremony on Sunday (24) found that actors Rami Malek and Lucy Boynton kissing each other, especially after the first Best Actor award for the work on the film “Bohemian Rhapsody”, Queen’s biopic.

Few knew until now, but Rami Malek and Lucy Boynton, who played the couple Freddie Mercury and Mary Austin in “Bohemian Rhapsody”, are also together in real life. The actors have been related since the beginning of 2018, when the film was still being recorded. The love story went beyond the cameras.

Freddie Mercury and Mary Austin had a six-year relationship in the 1970s. They broke up and Mercury, bisexual, started to relate more to men, but the friendship between the two was maintained until the singer’s death in November 1991 “Mary was the heiress of almost all her ex-boyfriend’s fortune and lives discreetly in a high-standard house – and very tall walls, to avoid inquiring – in London.

Mary Austin is commonly regarded as the woman of Freddie Mercury’s life, having been his fiancée and later his best friend and confidant. Almost 30 years after the singer’s death, Mary is now the heir to Mercury’s fortune, taking half of everything the musician has achieved throughout his career. The remaining 50% were distributed by Freddie Mercury’s family and friends.

In addition to the mansion that Mercury had in Kensington, England, valued at around 22.5 million euros, Mary Austin still had the copyright to his work, which includes all the albums sold and all the profits made with the works, even latest Queen tours.

The recent debut of “Bohemian Rhapsody,” a biopic about Mercury and Queen, helped to increase Mary’s 67-year-old bank account: the musician’s ex- fiancée earned more than 44.8 million euros from the film.