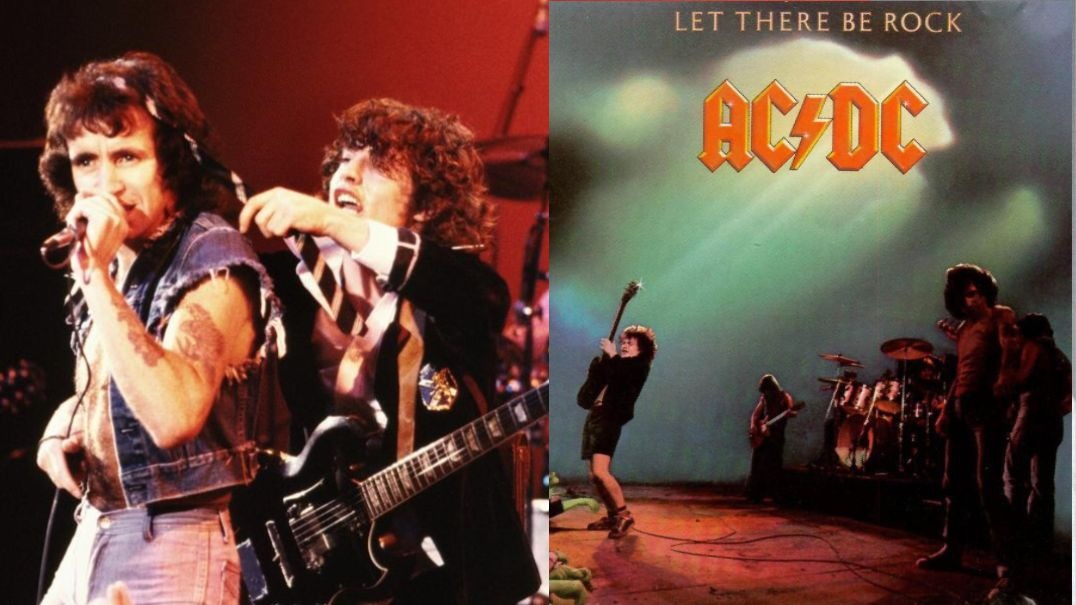 Let There Be Rock, AC/DC’s fourth studio album completed on March 21, 42 years of its release in Australia, about four months later it would be released internationally. Recorded between January and February 1977 at Sydney’s Albert Studios, the album is the result of a decision taken by brothers Malcolm and Angus Young to fully exploit the energy of their guitars, resulting in the most explosive work ever released by the band.

A combination of electrifying sounds give the intensity of this album. The bases of bassist Mark Evans, who would do his last work with the guys, alongside drummer Phil Rudd are accurate. Bon Scott’s vocals fit perfectly into lyrics created to show how the band had to work hard to achieve success. These are some of the features that have made the album unmatched and can be felt right up front with “Go Down” and “Dog Eat Dog”, in the title track these qualities become even clearer.

This is an album that leaves no room for the listener to catch the breath of the Young brothers’ violent attack. “Bad Boy Boogie” and “Overdose” show electrifying guitar thrills that would mark the visceral sonority imposed by AC/DC.

The tracks that contain the disc are so strong that they became trademarks of the band. “Hell Is not A Bad Place To Be” and “Whole Lotta Rosie” show all the attitude, interpretation and energy of the guys who participated in this masterpiece.

More than four decades have passed and the message printed by AC/DC on Let There Be Rock is that music to be truly exciting, needs to be strong, forceful and daring.

Use one of the players below and enjoy one of the greatest works ever done in the rock universe:

Ozzy Osbourne really drank his own urine like it’s shown on Motley Crue’s movie?
Sex Pistols biographic movie is being produced
To Top