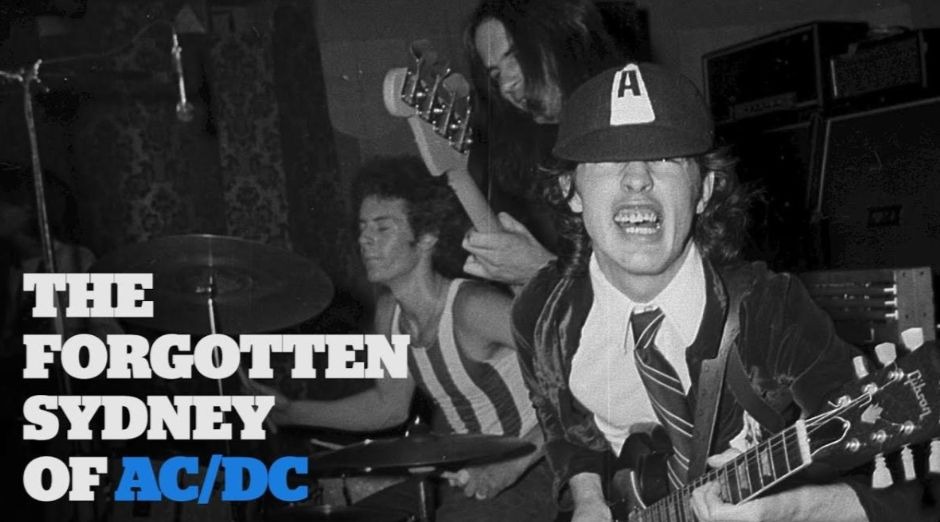 The mini-documentary that shows the beginning of AC/DC in Sydney, Australia called “The Forgotten Sydney of AC / DC” was released for free on Youtube.

The 18 minutes production was made by Tom Compagnoni and presents rare images of the band. With members of the group’s initial formation. Such as Dave Evans, Mark Evans, Noel Taylor, Rob Bailey and Tony Currenti.

In addition, it also has historical moments, such as the first time that guitarist Angus Young presented with his iconic school uniform at the Victoria Park Pool. Also the recording of the band’s first video at Cronulla, Australia.

A preview of the production talks about the importance of the documentary, saying:

“AC/DC was born and grew arguably in Sydney. But there are no statues or plaques that other cities have to show the origins of one of the greatest rock bands of all times.”

AC/DC was formed in Sydney in 1973, by Scottish brothers Malcolm and Angus Young. The band’s musical style is usually classified as hard rock and even blues rock. But its members have always classified their music simply as “rock and roll”.

They underwent several line-up changes before releasing their first album, High Voltage, in 1975. The line-up remained stable until bassist Cliff Williams replaced Mark Evans in 1977. In 1979, the band recorded their successful Highway to Hell album. Vocalist and co-composer Bon Scott passed away on February 19, 1980. After consuming a large amount of alcohol the night before. The group considered the end for some time.

But quickly former Geordie frontman Brian Johnson was selected to replace Scott. Later that year, the band released their best-selling album, Back in Black. The band is one of the few cases that the singer that replaced the original was also successful. Just like happened with Van Halen and Black Sabbath.

There are rumours that be band would be preparing a new album with Brian Johnson, Angus Young, Stevie Young, Cliff Williams and Phil Rudd, that will use the late Malcolm Young recordings.