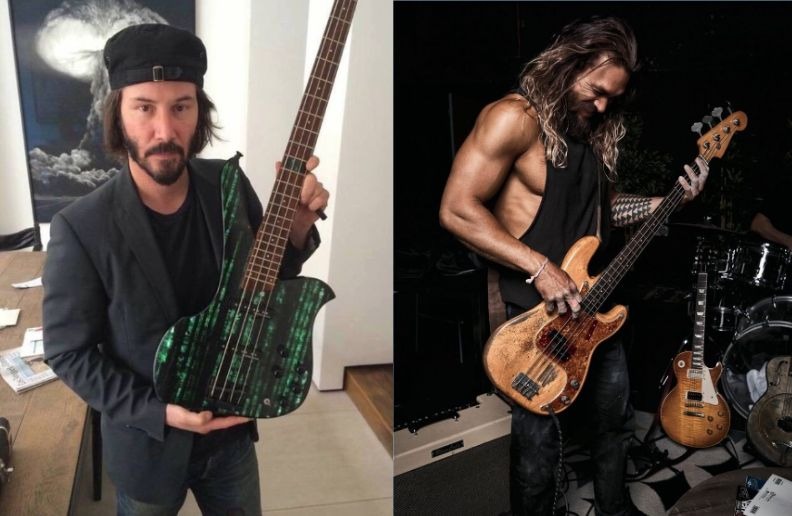 There are many celebrities that are also great musicians. We’ve prepared a list of the best bass players.

Penn Fraser Jillette (born March 5, 1955) is an American magician, comedian, musician, actor, inventor, filmmaker, television personality, and best-selling author known for his work with fellow magician Teller as half of the team Penn & Teller. The duo have been featured in numerous stage and television shows such as Penn & Teller: Fool Us, and Penn & Teller: Bullshit!, and are currently headlining in Las Vegas at The Rio. Jillette serves as the act’s orator and raconteur.

Gary Alan Sinise (born March 17, 1955) is an American actor, director and musician. Among other awards, he has won an Emmy Award, a Golden Globe Award, a star on Hollywood Walk of Fame and has been nominated for an Academy Award.

Michael Dale Huckabee (born August 24, 1955) is an American politician and Christian minister who served as the 44th governor of Arkansas from 1996 to 2007. He was a candidate United States Republican presidential primaries in both 2008 and 2016.

Keanu Charles Reeves (born September 2, 1964) is a Canadian actor, director, producer, and musician. He gained fame for his starring role performances in several blockbuster films, including comedies from the Bill and Ted franchise (1989–1991); action thrillers Point Break (1991), Speed (1994), and the John Wick franchise; psychological thriller The Devil’s Advocate (1997); supernatural thriller Constantine (2005); and science fiction/action series The Matrix (1999–2003). He has also appeared in dramatic films such as Dangerous Liaisons (1988), My Own Private Idaho (1991), and Little Buddha (1993), as well as the romantic horror Bram Stoker’s Dracula (1992).

Malcolm-Jamal Warner (born August 18, 1970)[1] is an American actor, musician, director, producer, writer and consultant. He is best known for his roles as Theo Huxtable on the NBC sitcom The Cosby Show and as Malcolm McGee on the UPN sitcom Malcolm & Eddie. He also starred as Dr. Alex Reed in the sitcom Reed Between the Lines. He currently stars as Dr. AJ Austin on the FOX medical drama The Resident.

Joseph Jason Namakaeha Momoa (born August 1, 1979) is an American actor, writer, film producer, director and model. He is known for portraying Aquaman in the DC Extended Universe, beginning with the 2016 superhero film Batman v Superman: Dawn of Justice, and on in the 2017 ensemble Justice League and his 2018 solo film Aquaman. He is also known for his television roles as Ronon Dex on the military science fiction television series Stargate Atlantis (2004–2009), Khal Drogo in the HBO fantasy television series Game of Thrones (2011–2012) and as Declan Harp in the Netflix series Frontier (2016–present).