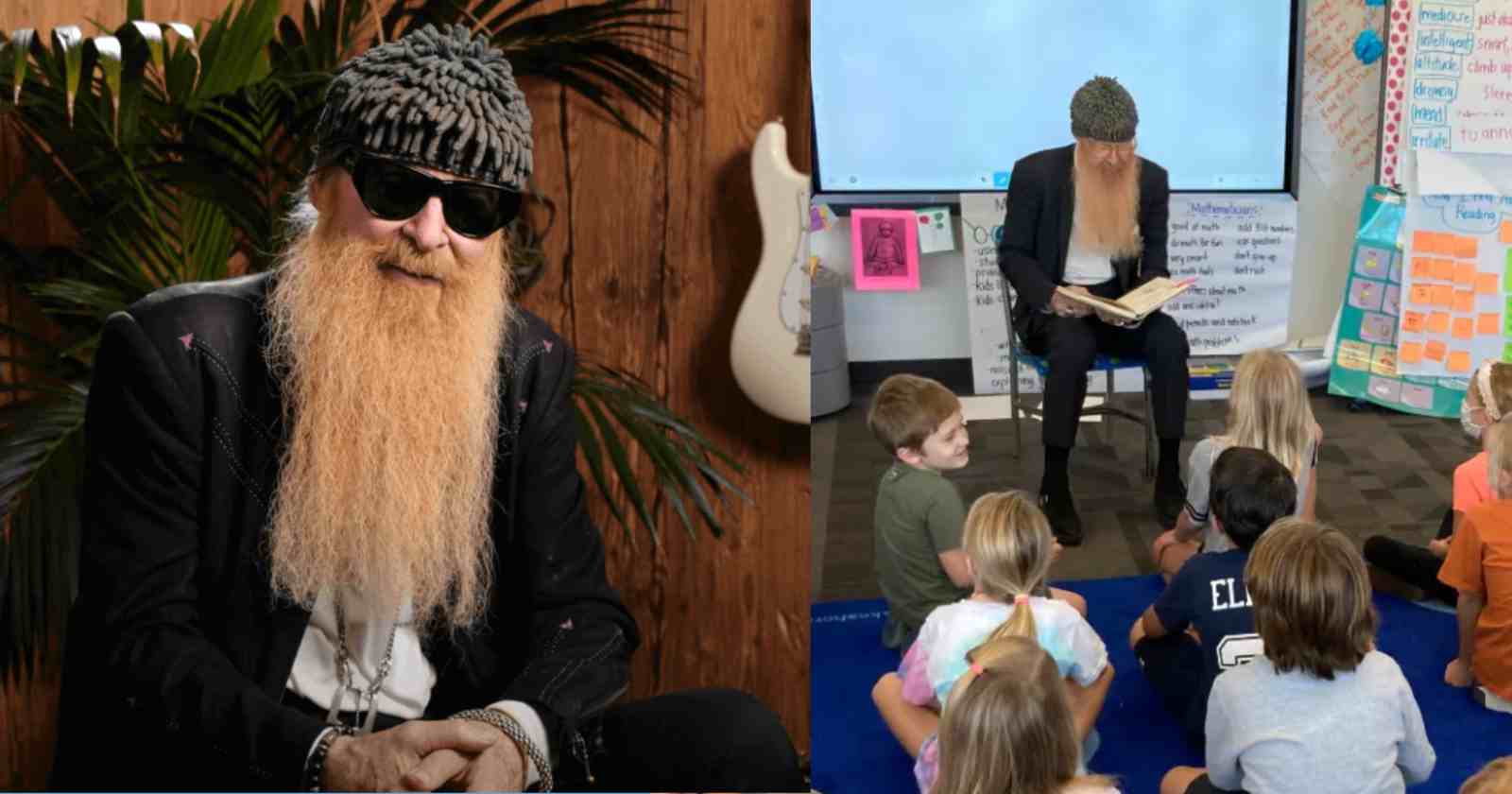 Images from Thomann's Guitars & Basses and The Blast

Born and raised in Houston Texas (In 1949),the legendary ZZ Top guitarist and singer Billy Gibbons had the chance to see many important musicians live in concert when he was still a kid. Those experiences were crucial for his career and for his love for the Blues as he recalled in interviews over the years.

Billy Gibbons was inducted into the Rock and Roll Hall of Fame as member of ZZ Top back in 2004 by Keith Richards, who said in his speech: “These cats know their Blues, and they know how to dress it up”.

In a conversation with Matt Sweeney on Noisey’s “Guitar Moves” back in 2013, Billy Gibbons listed 5 famous musicians that he the chance to see live when he was just a kid (Transcribed by Rock and Roll Garage): “Stella Matthews, our housekeeper took us down, she used to fall asleep. Little Stella used to take my sister and I down to the corner to The Mocambo. We saw everybody. So it was in Houston and there was T-Bone Walker, Jimmy Reed, Albert Collins, Albert King and my favorite Ray Charles. I was 5 years-old just holding hands with Stella.”

One of the most important American musicians of all time, Ray Charles was often called by friends “Brother Ray”. He pioneered the soul music genre back in the 50s with the combination of blues, jazz, rhythm and blues, and gospel styles into the music he recorded for Atlantic records.

Billy Gibbons revealed in an interview with Rolling Stone back in 2015 that his musical life began with the Ray Charles’ song “What’d I Say” back in 1962 when he got his first guitar on Christmas and figured out the intro of the track.

Born in Linden, Texas back in 1910, Aaron Thibeaux, known as T-Bone Walker was a pioneer and innovator of the Jump Blues and Electric Blues sound. Some of his most famous songs are “Call It Stormy Monday” and “Mean Old World”.

In an interview with Guitar World in 2021, Billy Gibbons shared his love for T-Bone Walker, saying: “T-Bone Walker, from down in the Beaumont area. Even today, years and years after T-Bone’s passing, there are guitar players, including me, trying to figure out how he created those remarkable sounds and licks while his guitar was lying flat in front of him.”

“Of course, T-Bone could do it behind his back, doing splits on the floor, standing straight, whatever. [He was] a fretboard genius who never failed to inspire and remains a delightful force to this day.“

Born in Dunleith, Mississippi back in 1925, Jimmy Reed is recalled for his particular style of electric Blues that was even popular with audiences that didn’t liked the music genre. Some of his most famous songs are “Baby What You Want Me To Do” and “Big Boss Man”.

Almost four decades after seeing Jimmy Reed lived when he was a kid, Billy Gibbons and his ZZ Top bandmates Dusty Hill and Frank Beard were the responsibles to induct the famous Blues guitarist into the Rock and Roll Hall Of Fame. Gibbons said in speech: “I can’t buy a car without first playing a Jimmy Reed tape before driving it”.

The ZZ Top frontman revealed in an interview with Rolling Stone back in 2015 that one of the first songs he learned to play on was from Jimmy Reed. “It was Christmas day 1962 at the age of 13 and “the first guitar landed in my lap. It was a Gibson Melody Maker, single pickup.”

“I took off to the bedroom and figured out the intro to ‘What’d I Say,’ by Ray Charles. Then I stumbled into a Jimmy Reed thing. He was the good-luck charm. I’d play Jimmy Reed going to sleep at night and in the morning.”

Also know as “The Ice Man”, Albert Collins was born in Leona, Texas back in 1932 and is recalled for his distinctive guitar style, because of his powerful playng and the use of altered tunings and capo, that is is a device that musicians use on the neck of a stringed instrument to transpose and shorten the playable length of the strings.

Back in 2021, Billy Gibbons listed in an interview with Guitar World the best concerts he ever been to and one of them was from Albert Collins. “Having grown up in Texas, I had the opportunity to see a plethora of truly fantastic, wholly original blues guitarists rom all over the state during my formative playing years. Freddie King was from up north in Dallas, Albert Collins was in Houston and Gatemouth Brown was from the Gulf Coast.”

“Each of them was mind-bending each time I could see them – and see them I did. Seeing those guys was great inspiration. Their playing styles were just as inspirational as anyone. They were so unique that every performance showed how it was possible to do your own thing.”

Born in Indianola, Mississippi back in 1923, Albert King is best known for his popular and influential album “Born Under a Bad Sign” (1967) and for his his unique deep and dramatic guitar sound.

In a conversation with Goldmine Magazine back in 2013 about Albert King’s induction into the Rock and Roll Hall of Fame, Gibbons said that ZZ Top and Albert (Who died back in 1992) were friends and they had many good times together: “We socialized with Albert on a daily basis while residing in Memphis. BBQ at The Rendezvous, Cone O’ Cream at Tony Fortune’s Daiquiri Works on Beale Street, hanging out with his manager, Gary Belz, at Kiva Studios. Also bailing Albert outta jail for dice games. Man, it was a mighty gift to enjoy being befriended by Albert. He was definitely a king!”

“Showed up for a BFG (Billy F. Gibbons) birthday bash thrown by Christine Reid in the Peabody Suites, where we all took lodging. It was just a remarkable friendship. So I hitched many a ride in one of his new Suburbans, complete with a matched pair of locomotive air-horns mounted on the fenders. Also I wagered many a winning dollar with Albert holding court at the Southland Greyhound Racing Park across the new Mississippi River bridge. Albert preferred enjoying spooning ice cream while smoking his pipe. The tall tales abound when Albert was around.”

Billy Gibbons also got the chance to see Elvis Presley when he was still a kid as he recalled in an interview with uDiscover music back in 2018 (Transcribed by Rock and Roll Garage): “The Blues for me, started early on thanks to my mom. She gathered me and and my younger sister Pam and I to see Elvis Presley.” In a conversation with The San Diego Union Tribune in 2018, he recalled that this happened “probably in 1955”, when he was only 6.

Called the “King of Rock and Roll”, Elvis Presley was born in January 8, 1935 and died August 16, 1977. The singer still is an inspiration for musicians and recalled as one of the most important cultural icons of the 20th century