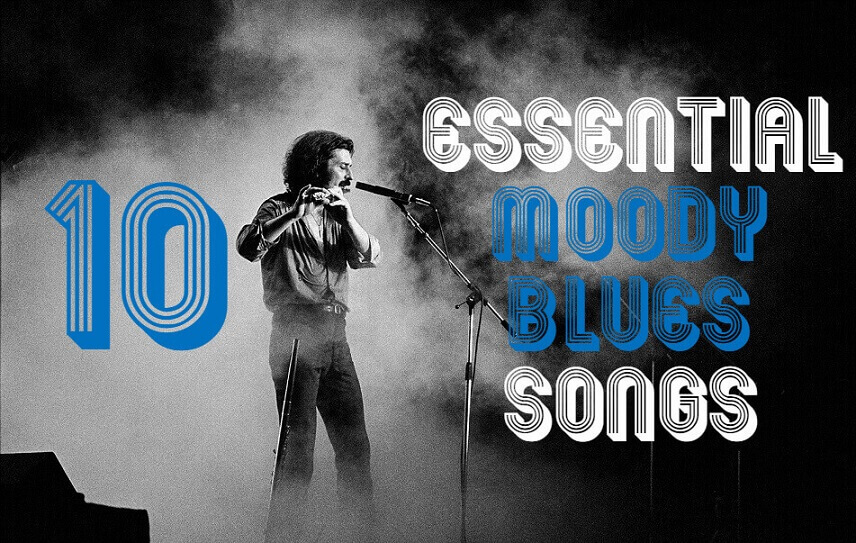 We unfortunately lost one of the greatest rock n’ roll legends of all time. Ray Thomas was part of legendary progressive rock  band Moody Blues, as a singer and flautist. His death was confirmed by the record label.

In a statement, they said:

“It is with profound sorrow and sadness that Cherry Red Records and Esoteric Recordings regret to announce that Ray Thomas, founder member, flautist and vocalist of the Moody Blues, passed away suddenly at his home in Surrey on Thursday.” 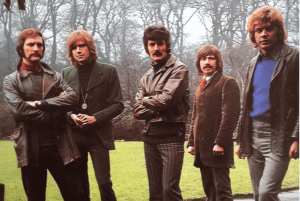 They added:  “We are deeply shocked by his passing and will miss his warmth, humour and kindness. It was a privilege to have known and worked with him and our thoughts are with his family and his wife Lee at this sad time.”

Thomas stepped back from the band due to ill health in 1999 and in 2014 confirmed that he had been diagnosed with prostate cancer. In a statement released at the time, he said: “My cancer was inoperable but I have a fantastic doctor who immediately started me on a new treatment that has had 90% success rate.

To honor this amazing musician that gave us incredible music, let’s enjoy 10 essential Moody Blues songs in his memory.

“Nights in White Satin” was written and composed by Justin Hayward and first featured as the segment “The Night” on the album Days of Future Passed. When first released in 1967, the song reached number 19 on the UK Singles Chart and number 103 in the United States in 1967. It was the first significant chart entry by the band since “Go Now” and its recent lineup change, in which Denny Laine had resigned and both Hayward and John Lodge had joined.

Upon its 1972 reissue, the single hit number two – for two weeks – on the Billboard Hot 100 (behind “I Can See Clearly Now” by Johnny Nash) and hit number one on the Cash Box Top 100 in the United States. It earned a gold certification for sales of over a million U.S. copies. It also hit number one in Canada. In the wake of its American success, the song recharted in the U.K. in late 1972 and climbed to number nine. The song was released yet again in 1979, and charted for a third time in the U.K. – peaking at number 14.

“Tuesday Afternoon” by The Moody Blues

The first part, the one most familiar to listeners, called “Tuesday Afternoon”, was originally released on The Moody Blues 1967 album Days of Future Passed, a concept album chronicling a typical day. On the album, it was part one of “The Afternoon” track titled “Forever Afternoon (Tuesday?)”.

“Ride My See-Saw” was written by the band’s bassist John Lodge, and was first released on the Moody Blues’ 1968 album In Search of the Lost Chord. It was the second of two singles from that album, the other being “Voices in the Sky”. “Ride My See-Saw” is one of John Lodge’s signature high-energy rock and roll songs, and is sometimes regarded as his most popular composition for the Moody Blues, along with “I’m Just a Singer (In a Rock and Roll Band)”.

“Legend Of a Mind” by Moody Blues

The original promotional black-and-white film for the song was filmed on location at Groot-Bijgaarden Castle near Brussels in Belgium. The song’s lyrics are about 1960s LSD icon Timothy Leary. Leary was an advocate for the use of LSD, enjoying its spiritual benefits, with one of his catchphrases being “Turn on, tune in, drop out.”

“The Best Way to Travel” by Moody Blues

“The Best Way to Travel” is a 1968 song by the progressive rock band The Moody Blues. Written by keyboardist Mike Pinder, it was released on the album In Search of the Lost Chord. The song’s lyrics explain in different ways how “thinking is the best way to travel.”

Noticeable on this track is the wide stereo panning (ping pong stereo) effect made by the pan pots on the Decca custom-built four-track recording console (20 microphone inputs) used during 1967–68.  The song features Mike Pinder on lead vocals, with Justin Hayward backing the vocals during the chorus. It also features Pinder on the lead acoustic guitar, with Hayward on the electric guitar.

“Question” by The Moody Blues

“Question” It was written by guitarist Justin Hayward, who provides lead vocals. “Question” was first released as a single in April 1970 and remains their second highest charting song, reaching number two and staying on the chart for 12 weeks.

The song is from “A Question of Balance”, that is the sixth album by The Moody Blues, released in 1970. The album was an attempt by the group to strip down their well-known lush, psychedelic sound in order to be able to better perform the songs in concert. Released in 1970, the album reached #1 in the United Kingdom and #3 in the United States.

In March 2006, the album was remastered into SACD format and repackaged with six extra tracks. In 2008, a remaster for standard audio CD was issued with the same bonus tracks. The cover was changed slightly to hide the face of Colonel John Blashford-Snell, who had objected to an image of an explorer wearing a pith helmet and wielding a Webley .455 pistol on the cover of the original LP, which he felt was derived from a photograph of himself. The relevant part of the cover was changed to show a generic individual in response to his lawsuit.

“The Story In Your Eyes” by The Moody Blues

“The Story in Your Eyes” is a 1971 hit single written by the band’s guitarist Justin Hayward, it was first released as a single with “My Song” on the B-side, and then on the 1971 album Every Good Boy Deserves Favour shortly after.

On the album, “The Story in Your Eyes” is the second track, and is preceded by the track “Procession”, the first and only song that was written by all five band members. The song was intended to describe the history of music from the beginning of time, and the only three words in the whole piece are “desolation”, “creation”, and “communication”.

“The Other Side Of Life” by Moody Blues

It is the third album of the Patrick Moraz era, and the first for flautist and vocalist Ray Thomas not to play a major role. The music on The Other Side of Life marked the beginning of dominant synthesizer, sequencer, and drum machine use by the band, to the point that the entire album could be classified as a “synthpop” record, a surprising stylistic change for a band that had pioneered symphonic rock.

The Other Side of Life contains the major hit, “Your Wildest Dreams”, which, like “Nights in White Satin” before it, was a Top-10 hit in the United States. It also contains the song “Rock ‘n’ Roll Over You”, which was featured in the ice-chopping scene in The Karate Kid Part II.

“Your Wildest Dreams” by Moody Blues

“Your Wildest Dreams” is a 1986 single by the progressive rock band the Moody Blues, written by the band’s lead singer, principal songwriter and lead guitarist Justin Hayward.

The song was first released as a single, and later released on the Moody Blues’ 1986 album The Other Side of Life. It was a top-10 hit in the United States, peaking at #9, which had not happened to a Moody Blues song since “Nights in White Satin” in 1972. The song became an Adult Contemporary number-one hit, and charted at number two on the Mainstream Rock chart.