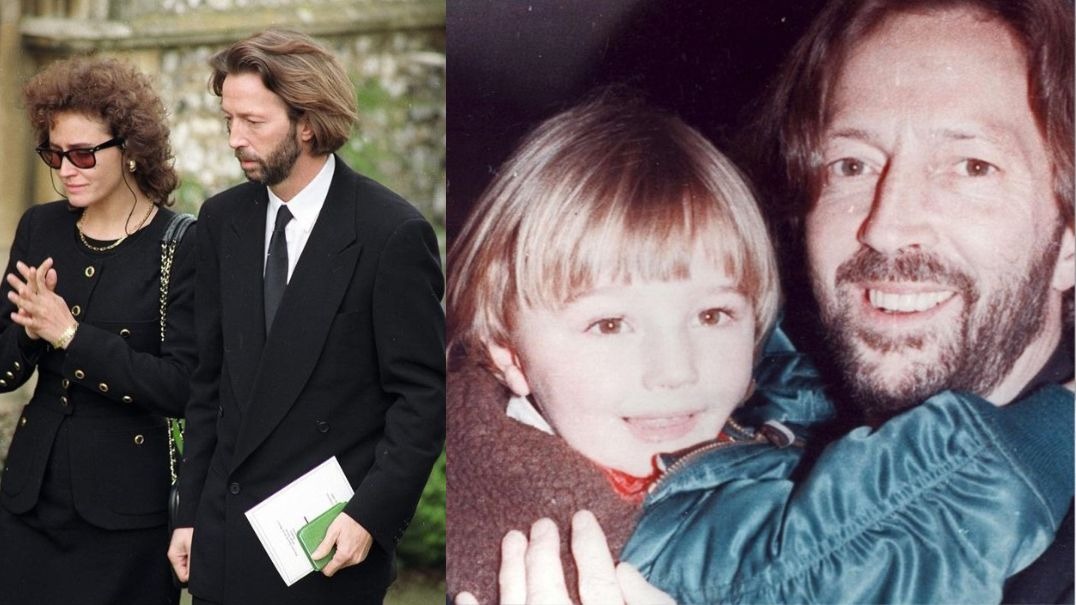 On 03/20/1991: Conor, Eric Clapton’s son that had only 4 years old at the time, died after falling from the window of an apartment on the 53rd floor of a building in New York.

The tragic story gave birth to one of the most successful songs of the singer “Tears In Heaven”.

After isolating himself for a period, Clapton began working again, writing music for the film Rush (1991). He dealt with the grief of his son’s death by cowriting “Tears in Heaven” for the soundtrack with Will Jennings.

In an interview with Sue Lawley in 1992, Clapton said of the song, “There is a song that I’ve written for a movie, but in actual fact it was in the back of my head but it didn’t really have a reason for being until I was scoring this movie which I did a little while ago and then it sort of had a reason to be. And it is a little ambiguous because it could be taken to be about Conor but it also is meant to be part of the film.”

See the news on ABC:

In an interview with Daphne Barak, Clapton stated “I almost subconsciously used music for myself as a healing agent, and lo and behold, it worked… I have got a great deal of happiness and a great deal of healing from music.”

The song was Clapton’s best-selling single in the United States and reached number two on the Billboard Hot 100. It won three Grammy Awards for Best Pop Vocal Performance, Male, Song of the Year, and Record of the Year. In 2004, Rolling Stone ranked “Tears in Heaven” 362nd on its list of “The 500 Greatest Songs of All Time”.

In an interview, Jennings said:

[Clapton] said to me, “I want to write a song about my boy.” Eric had the first verse of the song written, which, to me, is all the song, but he wanted me to write the rest of the verse lines and the release (“Time can bring you down, time can bend your knees…”), even though I told him that it was so personal he should write everything himself. He told me that he had admired the work I did with Steve Winwood and finally there was nothing else but to do as he requested, despite the sensitivity of the subject. This is a song so personal and so sad that it is unique in my experience of writing songs.