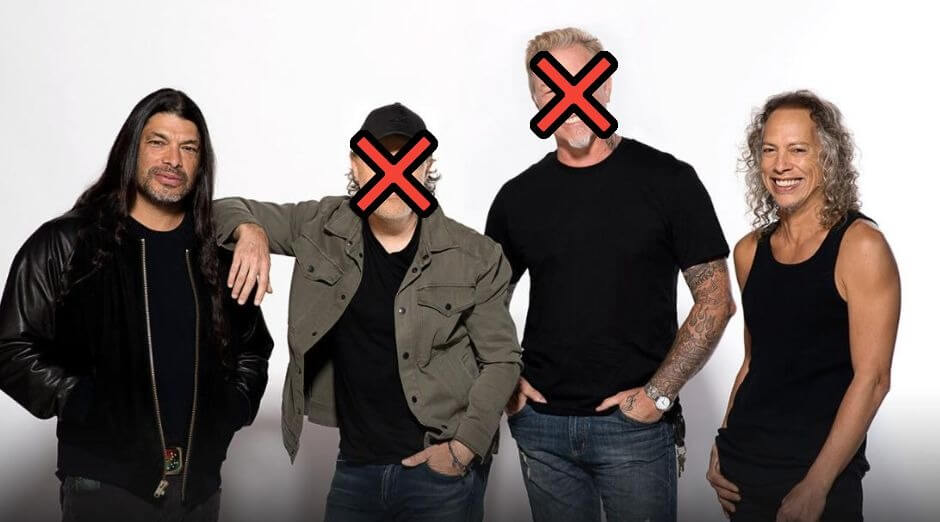 Lars Ulrich and James Hetfield are the two founding members of Metallica that are still on the band. They were on almost all concerts the band made. The Thrash Metal band played without Ulrich or Hetfield on some occasions.

Hetfield was the first founding member of Metallica to be replaced in an emergency situation. Back in 2000, he wasn’t on three shows of the band after suffering a jet ski accident where he injured his back. The performances without the frontman took place on July 7, 8 and 9, in cities in the southern United States: Georgia (Atlanta), Sparta (Kentucky) and Irving (Texas).

At the time, Metallica was on the ‘Summer Sanitarium 2000’ tour. Which featured several opening bands: System of a Down, Korn, Kid Rock and Powerman 5000. To replace Hetfield, several musicians from these bands sang. In addition to bassist Jason Newsted, guests such as Jonathan Davis and Fieldy (Korn), Serj Tankian (System of a Down) and Kid Rock with his rapper partner Joe C.

These shows were marked by some execution errors, but they yielded fun moments for the fans. Among some highlights in these shows, it is worth mentioning the performances of ‘One’ with Jonathan Davis – whose band re-recorded this song in the future -, a short jam from ‘South of Heaven’ (Slayer) and a version of ‘Fortunate Son’ (Creedence Clearwater Revival) with Kid Rock.

Before that, in 1992 the band had 5 members on one show after James Hetfield suffered second and third degree burns, during a concert in Canada, as part of the joint tour with Guns N ‘Roses. At the time, he had an accident with the pyrotechnic resources of the stage, but returned to the shows, within two weeks, just singing. John Marshall took over the base guitar in his recovery period.

Back in June 6, 2004 Lars Ulrich was ill before a performance at the Download Festival in England. Slipknot’s drummer Joey Jordison, Slayer‘s Dave Lombardo and Ulrich’s roadie Flemming Larsen played the drums during the show.

In an interview with the Talk Music podcast, Joey Jordison recalled the moment saying: “I left the stage with Slipknot and I didn’t even have time to take off my mask when James Hetfield told me that Lars couldn’t play. I was scared, but I accepted immediately. If it wasn’t for Metallica, I don’t know if I would. I went to the rehearsal room, played with them and it was great. They made me very comfortable. It wasn’t one of my best shows, but it was amazing “.

Watch the concert without Lars Ulrich