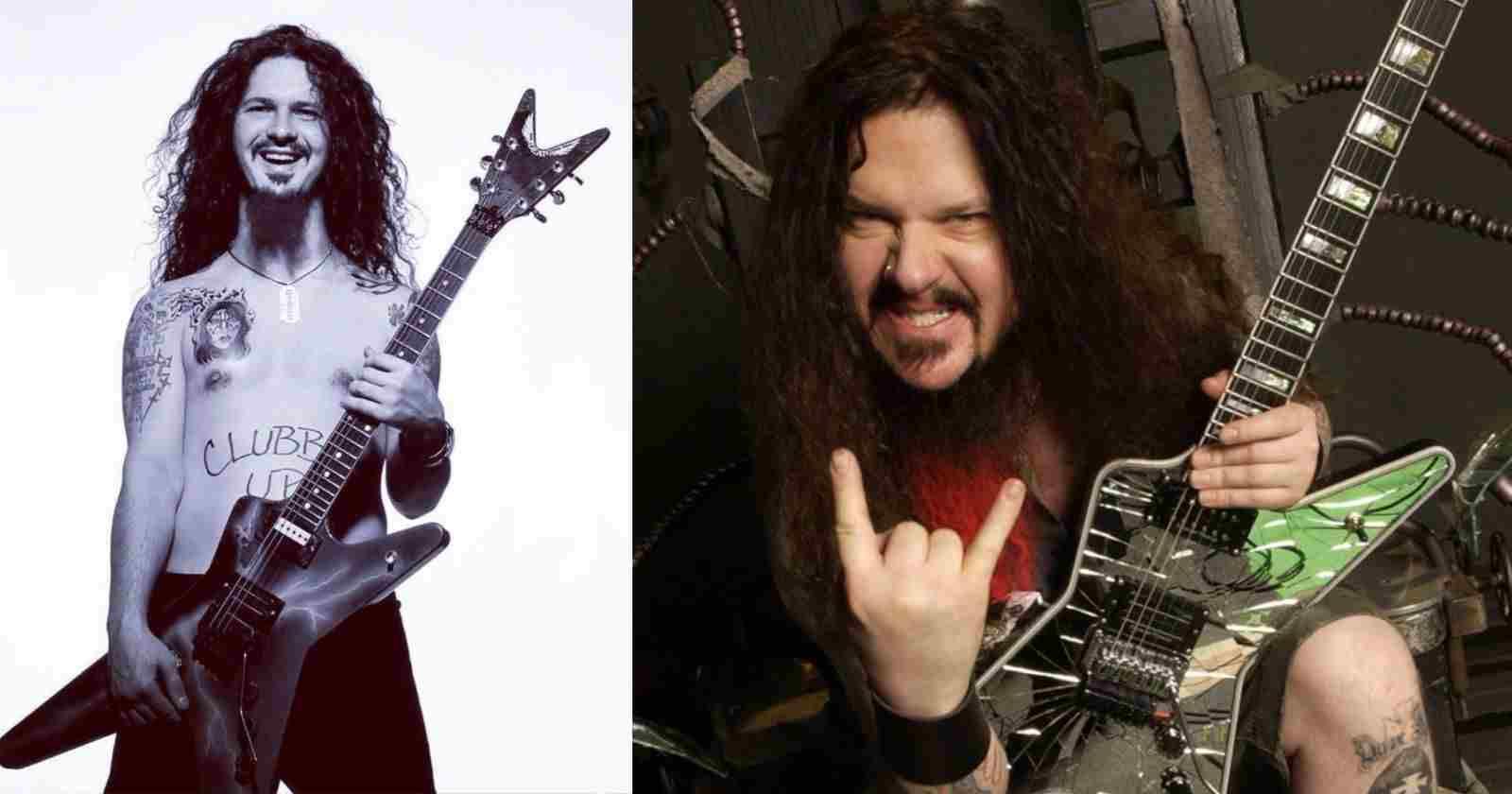 Pantera was one of the biggest Heavy Metal bands of the 90’s and are still an influence to many bands of the genre. Guitarist Dimebag Darrell unfortunately died tragically at the age of 38 back in 2004 when an crazy fan shot him during a concert. In an interview with Metal Hammer some years ago his brother and drummer Vinnie Paul revealed Dimebag’s 10 favorite songs of all time.

Pantera’s Dimebag Darrell and his 10 favorite songs of all time:

“He could play it note for note, just really loved that track as a kid.”

Ozzy Osbourne “Diary Of A Madman”

“Randy Rhoads would always have to come first for him. Especially the intro on this.”

“Dime loved the emotion in that track! Anything off Gretchen Goes To Nebraska. Dime fuckin’ loved King’s X.”

“The band with Pat Thrall on guitar. He would wear out that live album.”

Iron Maiden “Number Of The Beast”

“Dime was just a huge fan of Dave Murray and Adrian Smith, how they played together.”

“Anything with Billy Gibbons playing guitar worked for Dime.”

“Might be a little bit surprising but Dime loved Angus Young, man. Talk about groove rock.”

“As far as rhythm guitar goes, Dime just loved James Hetfield. He said he had the fastest right hand in music.”

“Dime loved Ace Frehley – who co-wrote and sang this Kiss song – so we should have that on here too.”

Pantera was an American heavy metal band from Arlington, Texas. The group was formed in 1981 by the Abbott brothers – drummer Vinnie Paul and guitarist Dimebag Darrell – along with lead vocalist Terry Glaze. Bassist Rex Brown joined the band the following year, replacing Tommy D. Bradford, who was the unofficial original. Having started as a glam metal band, Pantera released four albums during the 1980s.