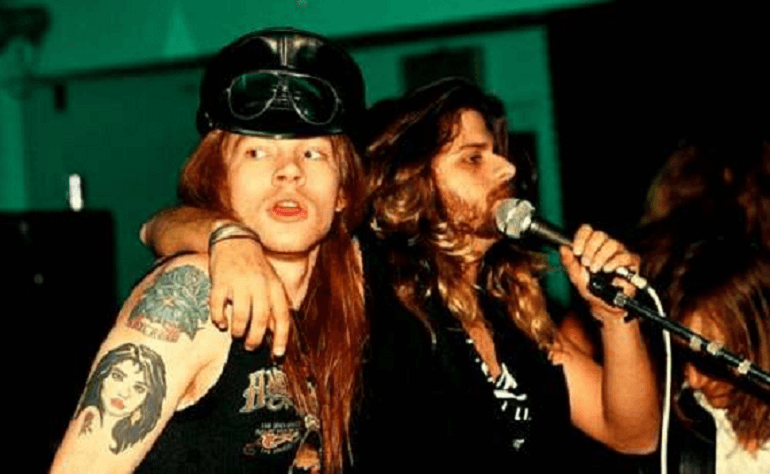 Gregg Buchwalter, keyboardist for The Outpatience, was on the “Appetite For Distortion” podcast, where he talked about the work of West Arkeen, an American musician who died in May 1997 and helped to compose several classic Guns N ‘Roses songs.

“Unfortunately in Los Angeles at the time, MTV was going on, and everyone wanted members who had visuals, and poor West, brilliant guitarist, he was really excited that his friends at Guns N ‘Roses were playing some of his work.”

“They wouldn’t let him join the band because he was so short and fat. He didn’t look right. Who told me that was his girlfriend, who said, `He asked a lot of times to join the band, but they replied ‘No, you’re too small and fat , it doesn’t look right. ” Is not that sick? ” He was a great guitar player, very good indeed.”

See him playing with Axl Rose:

Appetite for Destruction was the debut studio album by Guns N’ Roses. It was released on July 21, 1987, by Geffen Records to massive commercial success. It topped the Billboard 200 and became the best-selling debut album as well as the 11th best-selling album in the United States. With about 30 million copies sold worldwide, it is also one of the best-selling records of all time. Although critics were ambivalent toward the album when it was first released, Appetite for Destruction has since received retrospective acclaim and been viewed as one of the greatest albums of all time.