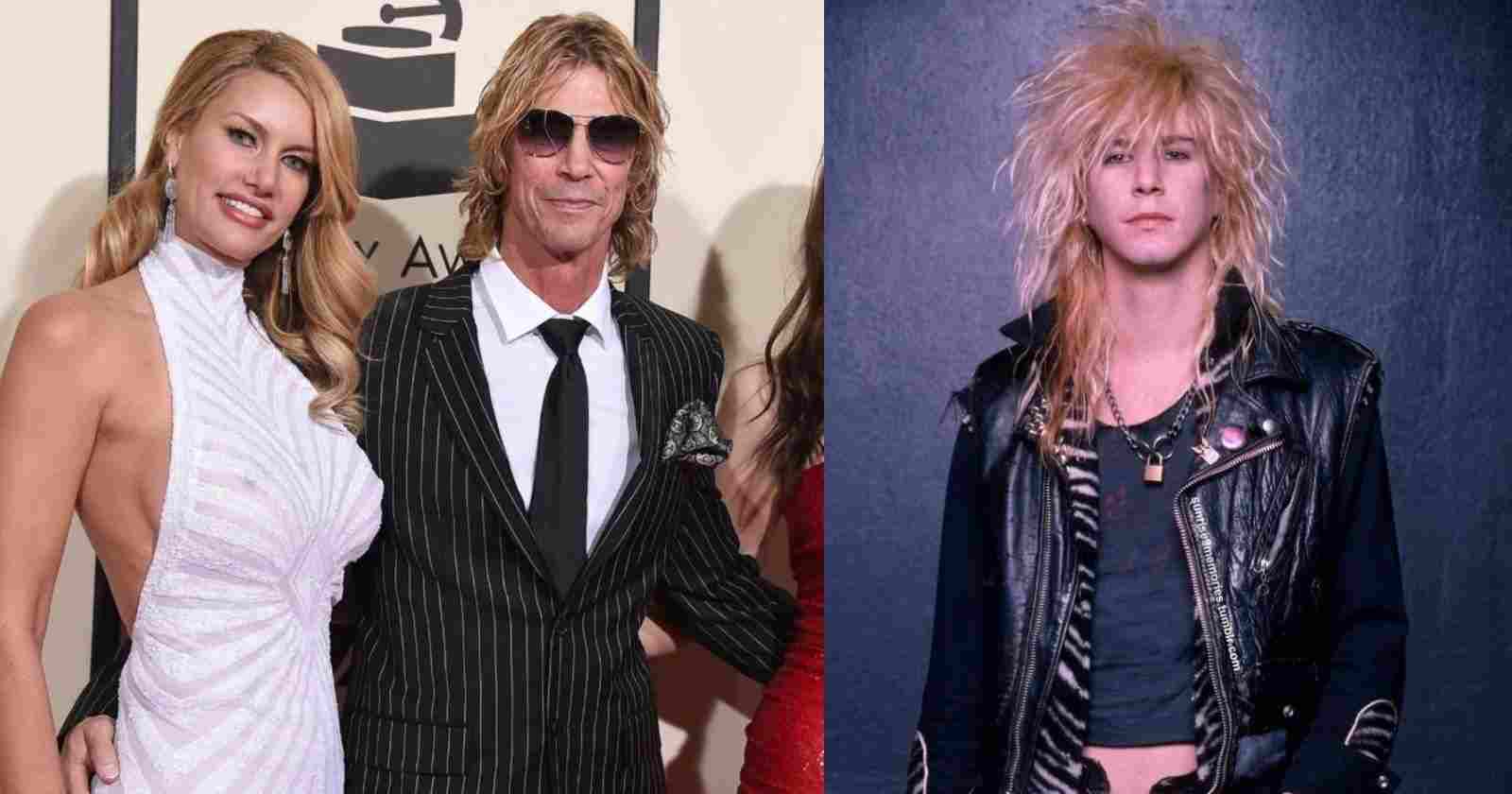 Guns N’ Roses bassist Duff McKagan revealed in an interview with Classic Rock magazine back in 2019 the 12 albums that changed his life. The musician praised Sly And The Family Stone, Led Zeppelin, The Stooges and more.

Guns N’ Roses’ Duff McKagan and the 12 albums that changed his life:

The Sonics “The Witch”

“I grew up in Seattle with seven older siblings, so I grew listening to their records, and the first record I learned to play was The Witch by The Sonics, a band from Tacoma, Washington. If you were from Seattle and you loved rock you had to have a Sonics record.”

“We listened to Sly & The Family Stone on a reel-to-reel, which we had before we had a turntable. Greatest Hits came out in about 1970, and all of that different instrumentation and all those fucking great backbeats were like magic to me. I was just a kid!”

“Immigrant Song really kicked my ass. Every part of it. I couldn’t play along with it – I was only 10 – but I could sing along with the ‘Ah-ah-aaaaah-ah!’ part. Every Led Zeppelin record had an impact on me, but Led Zeppelin III probably affected my thoughts on music the most.”

“I’d been listening to Kiss’s Alive! a lot. Great three-chord rock – Strutter and Firehouse and all of that – and then somebody turned me on to The Pistols. Kiss were a great introduction into The Pistols.”

“I’m the last of eight kids, and really wanted something of my own. No one in my family knew who the Sex Pistols were, so they became mine. I was too young to know what some of it meant, but it really had an impact. And it led me on to my next record.”

Johnny Thunders And The Heartbreakers “L.A.M.F.”

“I went to see Walter Lure [Heartbreakers guitarist] play L.A.M.F. a couple of weeks ago. I went to this by myself in downtown LA. There’s five dollar parking across the street, and I parked my car. I went in and saw Pirate Love, Born To Lose, Chinese Rocks. That’s all I needed. It was great. This record made a huge impact on me.”

“Johnny Thunders’ playing and Jonsey’s [Sex Pistols’ Steve Jones] playing: I’ve played guitar ever since, and that’s who I fashion my guitar playing after. I got to play in a band with Steve in the 90s [Neurotic Outsiders], and it was like a dream come true. I started playing guitar and he immediately recognised where I got all my riffs from!” Duff McKagan said.

“I had the Nervous Breakdown/Wasted EP by Black Flag, but they didn’t have an album out. And then I heard GI by The Germs and I had to decipher it. I was like, “what the fuck is going on here?!?’, and then it became the soundtrack to my life.”

“Of course I discovered The Stooges course after I’d discovered The Pistols and Thunders, so I went backwards. But Fun House wasn’t too different from The Sonics, you know? Loose, TV Eye, Down On The Street. How sleazy is that?”

“I was turned on to Prince sometime around 1980. I really love For You and Prince and Controversy and Dirty Mind, but there was something about 1999. A lot of heroin was going through Seattle, and while I wasn’t using, a lot of people were getting strung out: my friends, my roommate, my girlfriend, my band. We had just signed to Jello Biafra’s record label and were going to be the next big thing. But a couple of the guys got strung out and it was the end of the band.”

“It was 10 Minute Warning, who were a precursor to Soundgarden and Green River and all of that. I was heartbroken, man, seeing all this stuff going on around me, and I knew I had to make a decision. Then 1999 came out in 1982, and I just dove into the record.”

“I loved Little Red Corvette. It may be the most perfect three-chord song ever written. But it was the deeper tracks that I loved most. I would get off work and come home and just play the record and it was my escape.”

“It’s a record that keeps affecting me. The simplicity of it. The beautiful tapestry that guy creates with his words and his voice. It should be in everybody’s record collection, I think.”

“I’m going to group these next two record together because they had a huge effect on me. The Dead Boys’ Sonic Reducer was one of the first songs I learned to play”. And Generation X were impossibly good. They had the best drummer. The best bass player, the best guitar player, the best singer, the best songs. Kiss Me Deadly was like a ballad, and when I heard them sing about a ‘tube to Piccadilly’ I was like, ‘What is a tube?’ ‘What are these stations?’ Back then punk rockers in my town would get beaten up for looking different. So yeah, I really identified with that song.”

Refused “The Shape Of Punk To Come”

“This record kind of saved rock’n’roll when it came out in 1998. I have a lot of respect for that band, and I went and saw them when they regrouped. Another show I went to by myself. You don’t take somebody who doesn’t know the band. In Seattle, they played the Showbox, and I drove down and just sat there and watched their whole set without distraction.”

“That record was really fucking amazing in so many different aspects. Hardcore to jazz to electronic disco. But it’s a really great body of work. It’s an album,” Duff McKagan said.