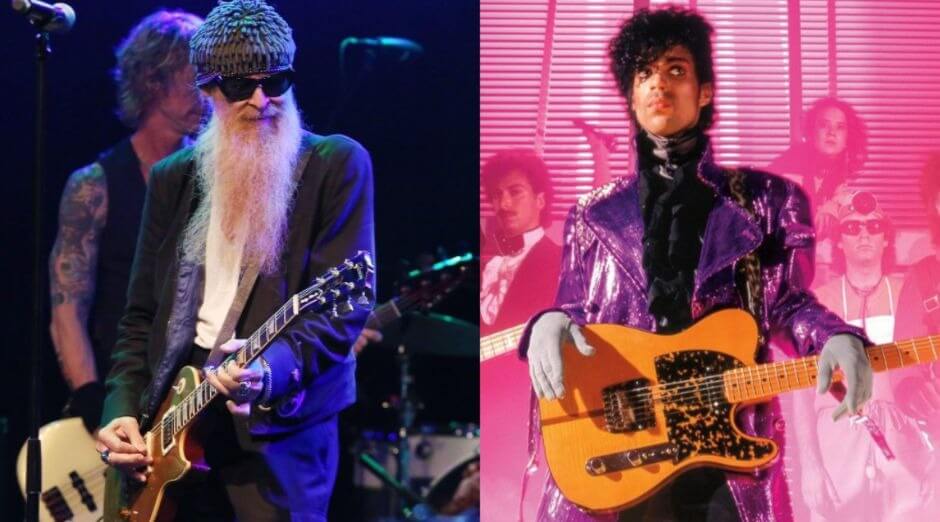 Legendary ZZ Top guitarist Billy Gibbons revealed his favorite Prince guitar solo in an interview with Ultimate Prince. Gibbons praised the late singer and guitarist that was known for being one of the best guitar players of all time.

“’When Doves Cry’ is it for me, really. That opening guitar figure is killer. That passage solidified our admiration for Prince as a truly gifted soloist on the six-string — something that was overlooked ’til the sound of that first fill hit the airwaves.”

About his favorite album of the musician, Billy Gibbons said:

“All the Prince stuff is satisfying. The awe inspired from the realization that he could play everything with a delivery that made total sense nails it. He ‘knew what he knew’ and brought it forth for enjoyment for many.”

When asked if he would pick Purple Rain or Sign O’ the Times as the first record a new listener should check it out, he said:

“That’s the killer combo. Purple hits the mark, bolstered with the essence found in the movie along with Morris Day. The impact from that picture puts true meaning behind the phrase ‘Get it on!'”

Gibbons also recalled that he played with the musician at New York’s Tiger Bar back in 2009:

“We performed together one evening in Manhattan, and later that same night, we gathered at a late-night club to exchange angles on all things guitar. He was always stretching the limits and his guitar prowess out there remains timeless.”

Prince Rogers Nelson was born in Minneapolis, June 7, 1958 and died in Chanhassen, April 21, 2016. He was an American musician, singer, songwriter, multi-instrumentalist, producer, actor, philanthropic and dancer. He released 39 albums in his lifetime, and his music mixes diverse genres such as funk, R&B, soul, jazz, rock, pop and hip hop.

Son of musician parents, Prince had a lot of contact with instruments since he was a child. The first instrument he learned to play was the piano, only 7 years old, inherited from his father, when he separated from his mother. Over time, he joined several other instruments, such as bass, drums, percussion, guitar and many others.

He acquired recognition through living with these diverse musical instruments, which allowed him, already on his first album, entitled “For You”, to record everything alone. In addition to playing all the instruments, he also composed most of the lyrics, as well as producing the album.

This pattern extended throughout his career: he did not allow anyone to interfere in his creative process. He continued composing, producing, playing and dictating the rules in all his artistic works. He compulsively recorded most of his life, and has always been working hard at his personal studio in Paisley Park. Because of this, Prince gained a reputation as a “workaholic”.