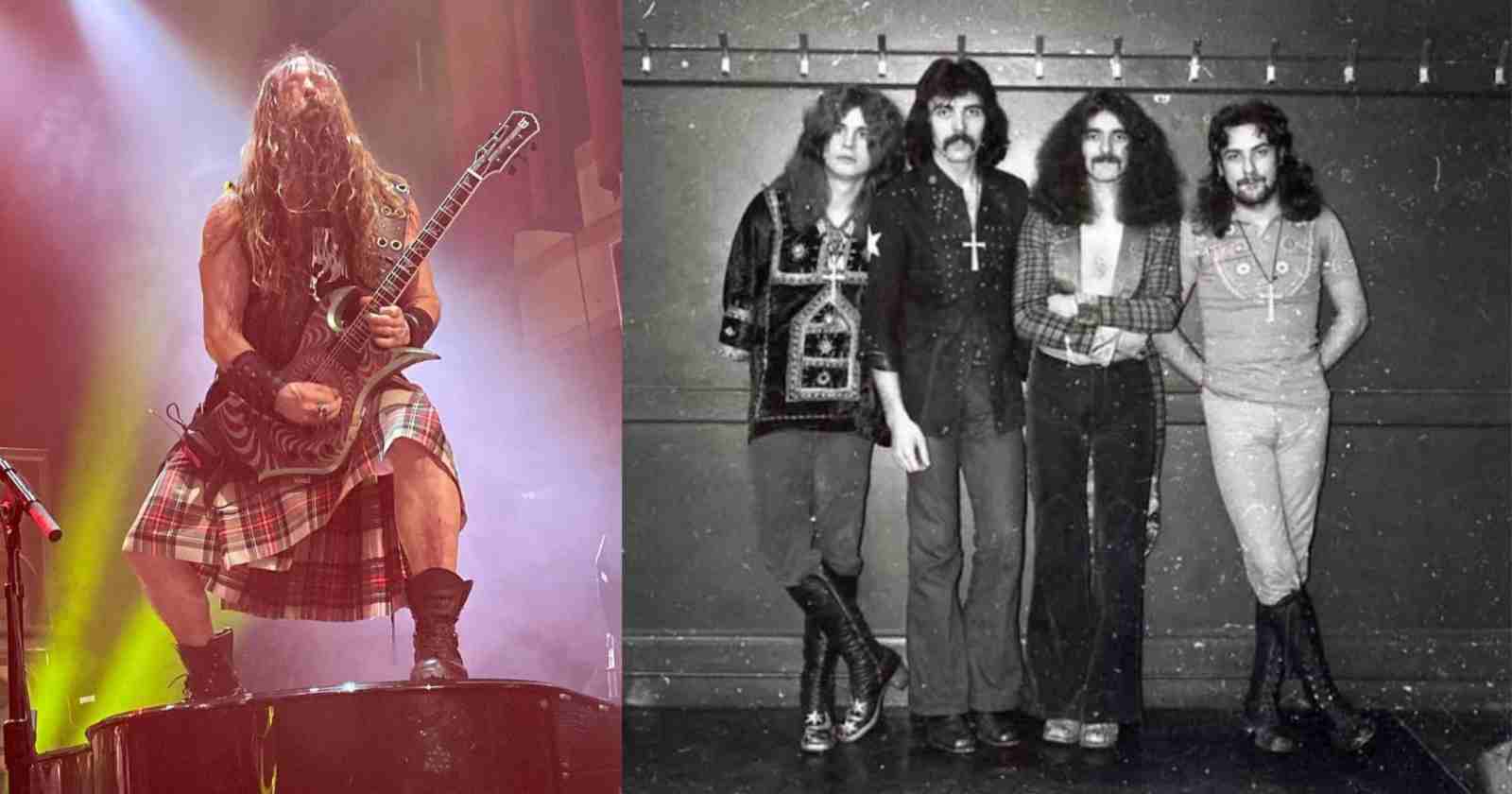 Ozzy Osbourne guitarist Zakk Wylde recalled in an interview with Fan First Podcast (Transcribed by Ultimate Guitar) that he was terrified when he first heard Black Sabbath after he bought the compilation album “We Sold Our Soul For Rock and Roll”.

Zakk Wylde recalls he was terrified when he first heard Black Sabbath:

“Elton John. I remember when being in school and my one buddy, we were in art class. We were doing some ceramic class, and he had made ‘Black Sabbath 666,’ or whatever, with a lightning bolt going through a skull. I was like, ‘Oh, what’s that?’

“He was like, ‘Oh, it’s this band my brother listens to.’ So I said, ‘Oh, cool.’ I never heard a Black Sabbath song, never heard anything. I remember I was with my mother at the mall. She told me I could get a record. So I ended up buying [Black Sabbath’s 1975 compilation album] ‘We Sold Our Souls for Rock N’ Roll.’

“And I remember putting on the record and being completely terrified when I was hearing this thing. And then you open up the gatefold, there was a woman in the casket with a cross in her. I was just beyond terrified listening to this…

“The more I listened to it, the more I started loving it. So that’s why it was so funny to take that picture with Elton John and Ozzy – those are pretty much my two biggest musical influences. Once again, nobody forced me to listen to it. It’s just whether you like it or not. You could introduce your friends to eat sushi, and if they don’t like it, you can’t force yourself to like something. As I said, it’s whatever you have passion for, whatever you enjoy, whatever you love – then do it!”

Iommi, Jeff Beck, Zakk and Eric Clapton will also be on  Ozzy’s album