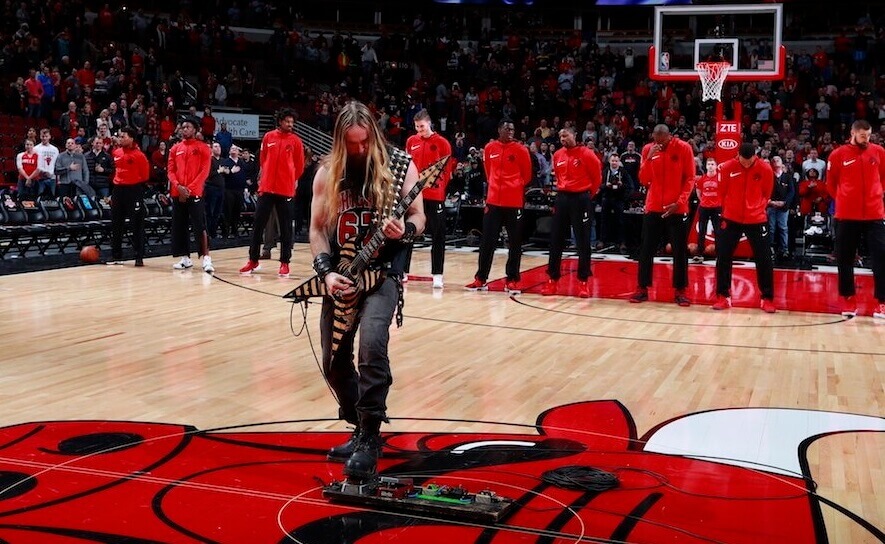 American gaming leagues have the habit of inviting musicians or bands to present the American national anthem before each match. Now, Zakk Wylde, leader and guitarist of the band Black Label Society, did the honors in an NBA game.

Metallica already performed in the NBA Finals in 2016 and the NHL Stanley Cup final a year later. Anthrax’s Joey Belladonna has played in a Chicago Bulls game in 2016 and another in the Minnesota Vikings the following year.

The match was the sixth of the qualifiers that reached the Chicago Bulls against Toronto Raptors at the United Center in Chicago, Illinois.

Zakk’s performance came just before a Black Label Society show at the House of Blues. Currently the band is on tour as their fans await the new album Grimmest Hits that will be released on January 19.