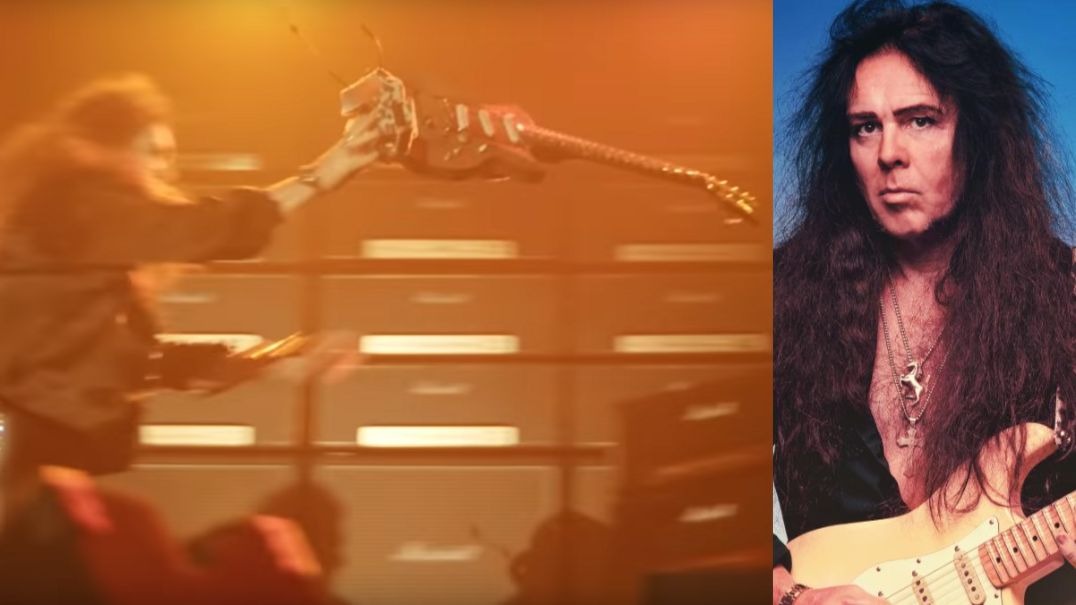 A Swedish company called Sandvik has created what they describe as “the first fully crash-proof guitar made in 3D”, a titanium body built using 3D-printing technology. And to prove what they say, they called none other than Yngwie Malmsteen, who was summoned to attempt to break the instrument, without success, as can be seen in the following video …

In the words of Yngwie, “When I was seven years old, I saw Jimi Hendrix smash a guitar on TV. Then I started playing guitars so I could rip them up – I must have destroyed more than a hundred of them … but this guitar in this Sandvik did an exquisite job, the result was fantastic. I tried everything I could, but it was impossible to break the guitar. ”

Yngwie Johan Malmsteen is a Swedish guitarist, songwriter and bandleader. Malmsteen first became known in the 1980s for his neoclassical metal playing style in heavy metal, and has released 20 studio albums in a career spanning almost 40 years. In 2009, Time magazine rated Malmsteen as among the 10 greatest electric guitar players of all time.

Malmsteen was born Lars Johan Yngve Lannerbäck in Stockholm, Sweden, the third child of a musical family.[2][3] At the age of ten Malmsteen created his first band, Track on Earth, consisting of himself and a friend from school playing the drums. At the age of twelve he took his mother’s maiden name Malmsten as his surname, then slightly changed it to Malmsteen and altered his third given name Yngve to “Yngwie”.

As a teenager he was heavily influenced by classical music, particularly 19th century Italian virtuoso violinist and composer Niccolò Paganini, as well as Johann Sebastian Bach, a German multi-instrumentalist and composer of the 18th century.

During this time, he also discovered his most important guitar influence, Ritchie Blackmore. Malmsteen has stated that Jimi Hendrix had no musical impact on him and did not contribute to his style, but watching the 18 September 1970 TV special, where Hendrix smashed and burned his guitar, made Malmsteen think “this is really cool”.