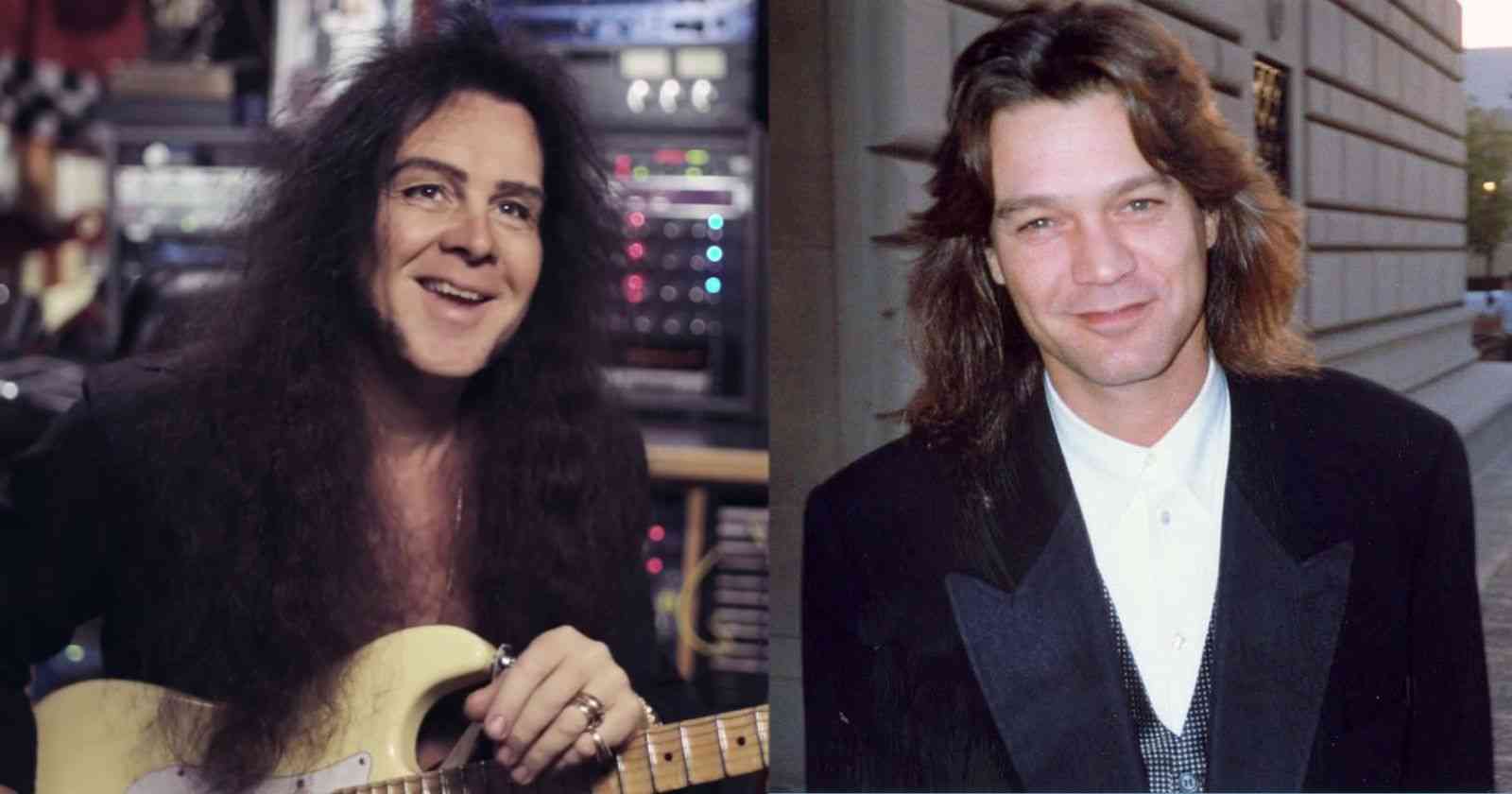 “When I was seven or eight in Sweden, I was listening to Deep Purple’s [1972 live album] ‘Made in Japan’ and stuff like that, and I was very into that type of guitar playing. Then by the time I was 12 I was listening to the classical violin. I already had a very clear vision of what I was trying to do.”

“So whatever was out there when Van Halen came out, I wasn’t really paying much attention. But in 1978 I was playing in a band called Powerhouse, and one day the drummer came in and he brought Van Halen. And I was like, ‘What is this? Another band? Whatever.’ But he put it on and I couldn’t believe what I was hearing. I was so fucking blown away.”

“You know, the weird thing with me, I think, compared to many other people who felt the same way when they heard that album is that I didn’t pack my guitar up and put a humbucker in. I didn’t paint stripes on it, I didn’t do all the tapping. I didn’t do that because to me it was so amazing what Edward was doing. So I didn’t want to copy it.

“You have to remember, in 1978 no-one had heard this before. And even though Edward wasn’t the first person to tap, he put it on the map. No-one did it like him. But what really knocked me out was the energy and the ‘don’t give a fuck’ attitude that the whole band had. They were essentially a power trio and they were playing live.

“They made me so inspired because I had a power trio, too. All the albums are great – I think the first and the second ones [‘Van Halen’ and ‘Van Halen II’] almost feel like part one and two of the same album. They have the same feel – no overdubs, just go for it. And the whole band, Alex [Van Halen, drums] and Dave [Lee Roth, vocals] and Michael [Anthony, bass], all of them are in-fuckin’-credible on those.

“There’s a song on the second album, ‘Outta Love Again.’ Edward and Alex’s playing on that, it’s just one take, you can hear it. It’s sick, it’s ridiculous, it’s just so good. That spirit inspired me immensely.

“But my favorite song is probably ‘Ain’t Talkin’ ‘Bout Love.’ I used that sound as the yardstick for so many years. I would listen to that and go, ‘If I can get a sound that good, I know I have a good sound.’

“And the riff is just fucking ridiculous. But overall it was the whole ‘turn your fucking shit up and go for it’ thing that really got to me about Eddie. The impact he had on me was unbelievable. On all of us. It’s just crazy.