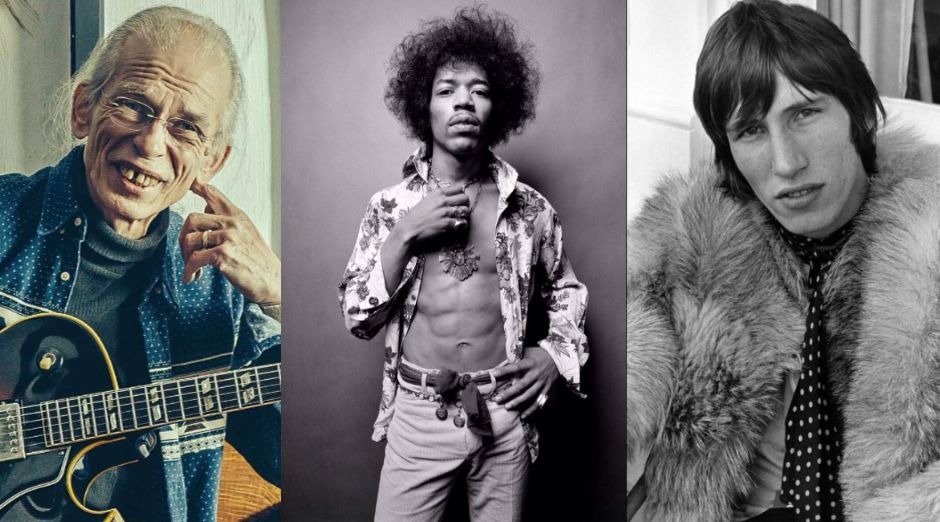 Yes guitarist Steve Howe revealed in an interview with Classic Rock his opinion on Pink Floyd and Jimi Hendrix in the 60s. He also talked about his muscial career.

“Yeah. We saw them as equals, sometimes. But we were all very egotistical, as far as, ‘We are good. We’re going to blow this band off stage.’

“But when you’re young and naïve you’ve got this bullshit factor that helps you through a lot. But as I said, we didn’t understand how to hold a band together. So I then had a couple of leaner years, ’68 to ’69, in a group called Bodast.”

About joining YES in 1970, the guitarist said about his audition:

“So I thought: ‘I can just about live on that.’ I had the belief that the people I was joining with were very talented, very individual, and I think that’s what I’d been looking for, individual values in people.”

Were you already on a mission, to broaden the musical scope?

“Yeah, I think that’s a big point. We didn’t have a hit we had to play every night yet. It was really ground upwards. To me, it felt like a new band. I think they sensed that a little bit, too, that this was going to be something they’d really want to commit to because of the quality that we’d created together.

“And that was, not least of all, because of our writing and rehearsing in Devon, where we kind of got our heads together, in songs like ‘I’ve Seen All Good People’ and ‘Perpetual Change’ and ‘Yours Is No Disgrace.’

“These were not small, dismissible works. Because underneath it, none of us wanted to stand still, play blues riffs or do anything that most other bands were doing. And the fact that [Yes vocalist] Jon Anderson and I became a strong songwriting team didn’t hurt the band at all.”

Why did you and Jon become the real songwriting force, not, say, you and Chris [Squire, bass]?

“Chris was a great writer, but you really didn’t sense he wrote a great deal. So his output was lower than Jon’s and mine. And Rick [Wakeman, keyboards] didn’t write for Yes, really. Bill Bruford had a weird way of writing because he’d write ideas on the piano, although he was a drummer.”

“So the way you could write in Yes wasn’t that you went home, and you came back with some written music with words on it. Not at all. You just could sit in a room and go: ‘I got this, I got this; put that over there, and let’s just go to that.’

“And then somebody at the same time said: ‘No, we need a riff here.’ The band would actually invent music, a lot of it, through that method, where it was purely spontaneous in the room. Of course, you had to force your music across, otherwise somebody else would change it, and it wouldn’t be what you wanted. It was a creative interplay.”

Would you and Jon work on your own to write, and then present some ideas?

“Well, we did do that. But amazingly, we did most of it on the road. Jon and I would be like, ‘Do you want to come to my room? I’ve got this song.’ And we just started collaborating in that sense, that we could both share ideas.

“I’ve even got cassettes where I play him stuff, and he goes, ‘Oh, that’s really good. Have you got anything else?’ And I’d play him something else.

‘Oh, you got that? Let’s use that.’ I was writing melodies, didn’t care whether they were sung or played. So there were a lot of musical ideas, and Jon had some left-field ones. Sometimes it was great to have Jon’s simplicity.

“What Yes did was take simplistic things and complicate them a little bit, for our amusement. Sometimes we’d take the chords out and just play riffs. So the band had songs, melodies, riffs, three-part harmonies – a technical proficiency high enough for anybody to spontaneously say: “Why don’t we do something like that?” and we would get there.”