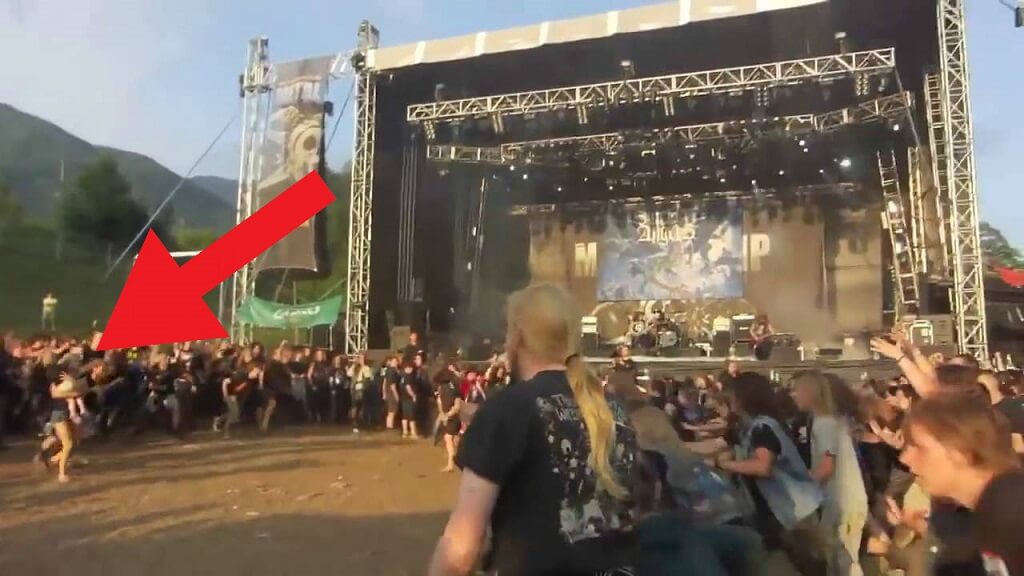 At Metaldays in Tolmin, Slovenia, during a Suicidal Angels concert, a woman is seen in the footage below, taking a baby into a wall of death.

Moshing or slamdancing is a style of dance in which participants push or slam into each other, typically performed to “aggressive” live music. It originated in the hardcore punk scenes of California and Washington, D.C. around 1980, thereafter spreading from hardcore to other forms of punk rock as well as thrash metal and grunge, which exposed it to the mainstream later in the 1980s.

Since then, moshing has occasionally been performed to energetic music within a wide variety of genres, including alternative rock, EDM and hip hop, while remaining a staple at punk and heavy metal shows.

Variations of moshing exist, and can be done alone as well as in groups. Moshing usually happens in an area called the “pit” (sometimes called a “mosh pit”) near the stage. It is intended to be energetic and full of body contact.

Variations on the traditional mosh include “pogoing”, “circle pits” (where the participants bump and jostle each other as they move in a circle) and the more extreme “wall of death” (where the crowd splits into two groups that run at each other).

Some moshers swing their arms back and forth and move their legs in a rhythmic fashion. Moshing is typically done in an area in the center of the crowd, generally closer to the stage.