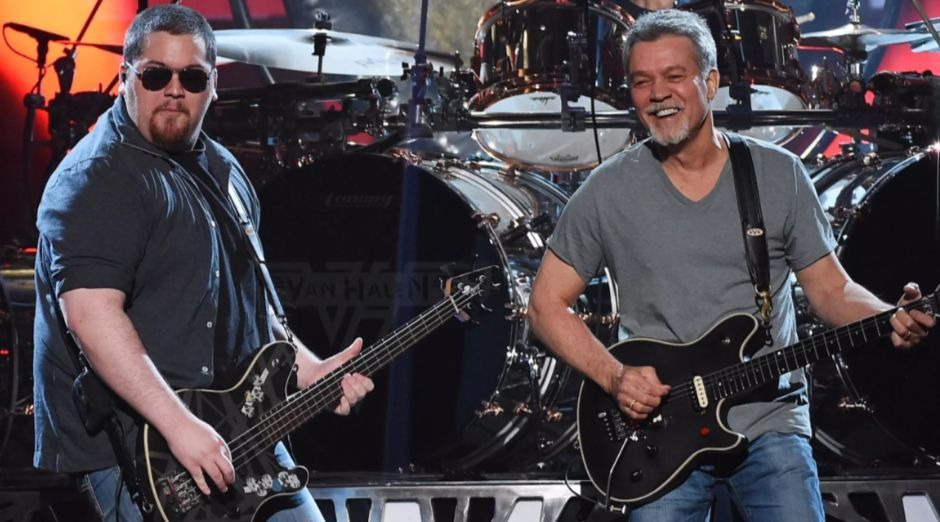 “It’s been a long time coming, and I can’t wait for everyone to hear what I’ve been working on.”

The 28-year-old wil also sing on the songs.

Van Halen had an indirect impact on his father’s career from the very beginning of his life. The instrumental “316” refers to his birthday. For a 13-year period ending in 2004, Eddie Van Halen collaborated with Peavey on a line of guitars. The Wolfgang series, named after his son. In 2008, his father named a custom guitar after him, the Fender EVH Wolfgang.

Van Halen started his musical career as a drummer. He often watched his father rehearse, and at times would try to play his uncle Alex’s drum kit, whereupon the latter would give him a few lessons. Van Halen started playing drums at the age of nine, mostly self-taught with only few lessons from his uncle, and got his first drum set from his father as a present for his tenth birthday.

Watch him playing with Van Halen: