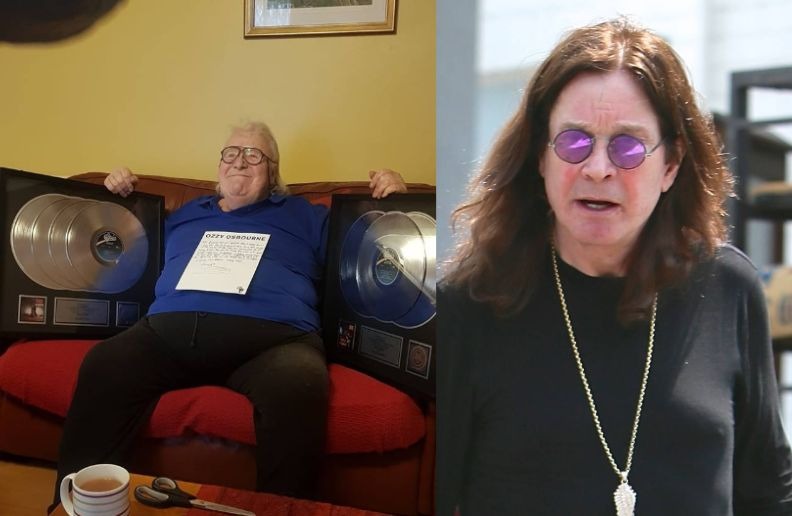 Drummer Lee Kerslake had his wish fulfilled by Ozzy Osbourne’s team. The musician, who has terminal cancer, received the two platinum albums he had requested in a recent interview for his work with Madman on his first two studio albums – Blizzard Of Ozz (1980) and Diary Of A Madman “(1981).

The novelty was shared through the social networks of Ozzy Osbourne. “I’m so happy that Lee Kerslake is enjoying his ‘Blizzard’ and ‘Diary’ platinum albums.” “I hope you feel better.” “With love, Ozzy,” says the post, next to a photo of Kerslake with the records.

In a recent interview with The Metal Voice, transcribed by SleazeRoxx and MetalAddicts sites, Lee Kerslake told about his current health condition. He said he has cancer – started in the prostate but has spread to the rest of his body – and his doctor gave him only eight months to live. It was during this same time that he revealed his request for platinum records to Ozzy and Sharon Osbourne, made by letter.

“It’s prostate cancer, but it has spread to the rest of my body and I now have bone cancer – which is a complicated type.” So the doctor gave me about eight months of life.” he said.

Kerslake was optimistic about his remaining alive. “I have not only bone cancer, but also psoriatic arthritis, as well as two heart murmurs.” I am struggling with this and there is no telling what can happen. they could have a new drug and I would try it if they kept me alive. I survived for so long and for all that time I had terminal cancer, but I challenged him because the music kept me fighting,” he said.

Thanks to the health problem, the drummer – who launches a solo album called “Eleventeen” in 2019 – is running out of time to complete an autobiographical documentary. Further details on the production were not disclosed.

“I’ve written a personal letter to them recently, asking them to send me platinum albums for ‘Blizzard Of Ozz’ or ‘Diary Of A Madman’, to hang on my wall before I die.

It’s on my wish list. I hope they do. I went bankrupt when I lost the case to Sharon and Ozzy in court. It cost me hundreds of thousands, I had to sell the house, and then I got sick. I never got back, but a platinum certificate on my wall would be fantastic and I would say I helped create those albums,” he said.

The lawsuit that Lee Kerslake refers to is possibly about the request for royalties and composition credits for his contributions on the albums “Blizzard Of Ozz” (1980) and “Diary Of A Madman” (1981). The suit was filed in 1998 with bassist Bob Daisley, who also claimed responsibility for the material, against Ozzy and Sharon Osbourne. As a result, the re-release of the two albums had to have the bass and drums re-recorded by Robert Trujillo and Mike Bordin, respectively.