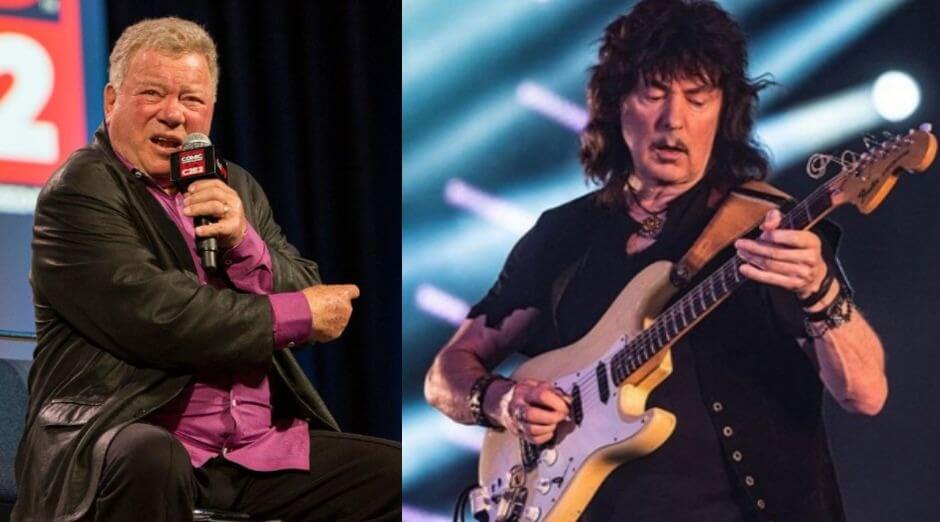 Actor and musician William Shatner, famous for being the classic Captain Kirk on Star Trek released a cover for B.B King’s “The Thrill Is Gone” featuring Ritchie Blackmore (Deep Purple/Rainbow) on guitar. The song will be on Shatner’s new album “The Blues”, to be released on October 2.

Over the years Shatner re-recorded other classics such as Black Sabbath‘s “Iron Man” with Zakk Wylde and “Rudolph the Red Nosed Reindeer” with Billy Gibbons.

About the track, Shatner said: “The Thrill is Gone is the title of the song, but the thrill is there with Richie Blackmore and his great guitar!”  As a special treat, Blackmore’s wife and longtime collaborator in Blackmore’s Night, Candice Night, contributes background vocals to add even more pathos to this inspired track.

William Shatner was born in Montreal, March 22, 1931. He is an award-winning Canadian actor, winner of the Emmy and Golden Globe awards and started acting in plays. In the 1950s he started to play small roles in Canadian films. After that, he went to the USA and started participating in dozens of films, such as The Intruder (1962) and Judgment at Nuremberg (1961). He also participated in several series, such as Alfred Hitchcock Presents (in 1957 and 1960), The Twilight Zone (in 1960, in the episode Nick of Time, and 1963, in the episode Nightmare at 20000 Feet), The Other Limits (in 1964), The Man from UNCLE (in 1964), Columbus, episodes Fade in to Murder and Butterfly in Shades of Gray.