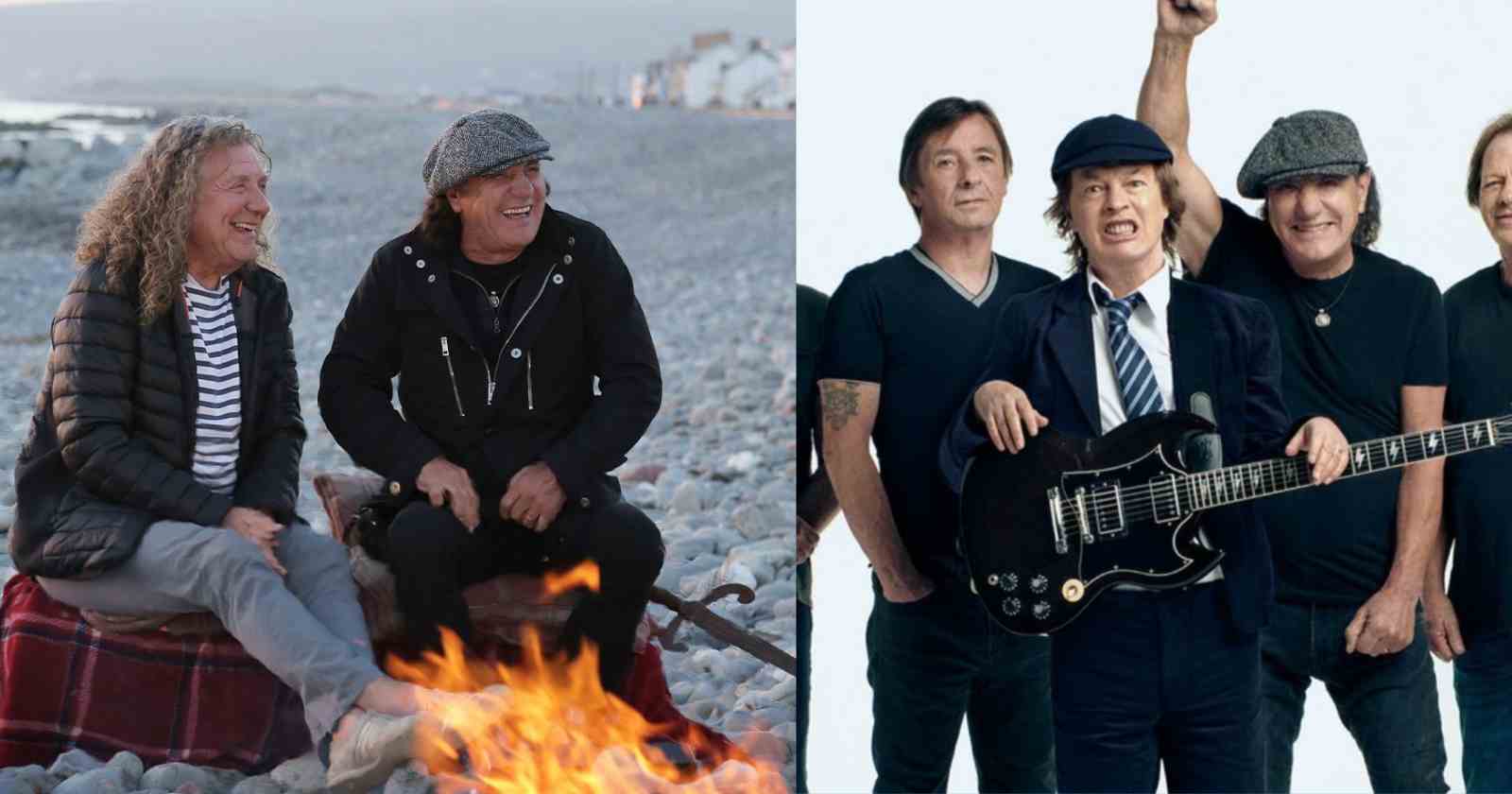 Kiss bassist and singer Gene Simmons, who rose to fame with the Hard Rock group in the era of vinyl albums said many times over the last years that Rock and Roll music was dead and it was murdered by fans due to file sharing. That statement started to be a constant subject in interviews with musicians of the genre, including AC/DC. In an interview with Sirium XM back in 2014 (Transcribed by Rock and Roll Garage) guitarist Angus Young and singer Brian Johnson commented Simmons’ statement saying in a funny way why they think that Rock and Roll music is still alive and well.

When the interviewer talked about Gene Simmons and said he had made a comment that Rock and Roll music was dead, guitarist Angus Young said: “Alright, who’s he?” (laughs) and Brian Johnson commented: “Never listen to man wearing make up” (laughs).

Young then continued, explaining why he thinks Rock is still alive: “I think when The Beatles came out, they gave they records to a lot of different record companies at the time. A lot of them were coming back with that same sort of line: ‘No, Rock and Roll is dead. Guitar music is finished’. So it’s still going strong.”

Brian Johnson completed, saying that Gene Simmons is wrong: “It’s funny how many times Rock and Roll has been dead. How many times people have said it’s been dead and it just keeps coming back like a bloody phoenix. It’s never gone. It’s always there. That’s his opinion (Gene Simmons) he is welcome to it but it’s wrong (laughs).

AC/DC guitarist and leader Angus Young chose on BBC’s “The Rock Show With Johnnie Walker” during the “Rock God” segment (Transcribed by Blabbermouth) back in 2021 the late legendary American guitarist and singer Chuck Berry as his Rock god and explained why Berry was a big inspiration.

Chuck Berry was probably one of the great guitar people for rock and roll. He combined a lot of elements — he combined blues, a bit of jazz and his own unique style. He melded all these kind of different genres of music, but he seemed to bring it together and bring it out and it [came] out in that rock and roll style — so plain and simple, but it was so effective.

“I saw him live once when I was younger. I just loved his stage presence and how he performed. He was one of those people, when he got on a stage, he owned it.”