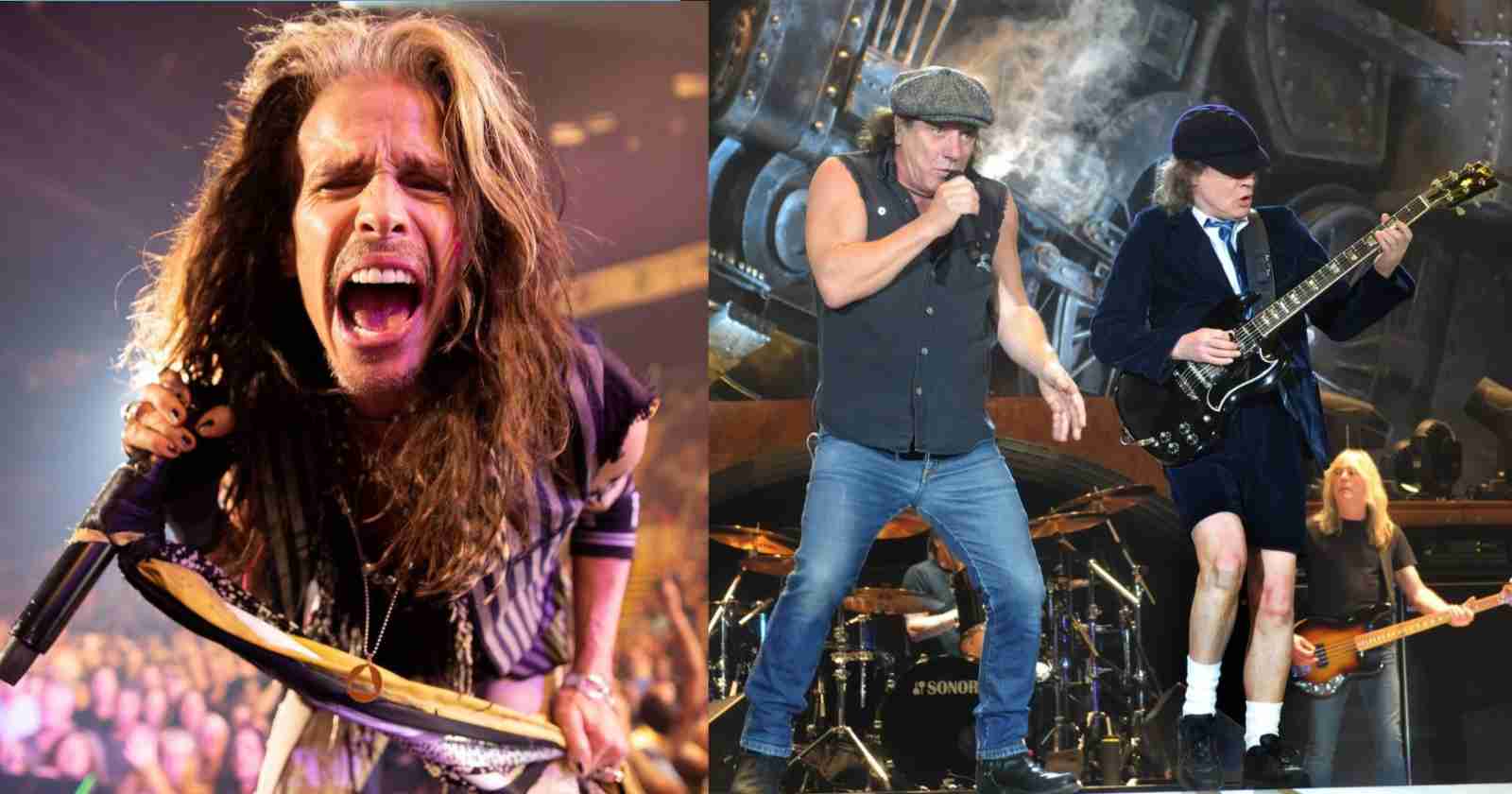 Formed in Sydney, Australia back in 1973, AC/DC became one of the best-selling bands of all time with more than 200 million records sold worldwide. With albums like “Highway To Hell” (1979) and “Back In Black” (1980) they influenced many generations of musicians over the decades.

In 2003 they were inducted into the Rock and Roll Hall Of Fame by the Aerosmith vocalist Steven Tyler and the late AC/DC guitarist Malcolm Young explained why the band asked the American singer to be the one responsible for their induction.

As Malcolm told Billboard in 2003, it was no brainer for AC/DC to choose Steven Tyler to be the one responsible to induct them because Aerosmith was the band that took AC/DC under their wings when they first came to the United States in the 70s. According to Malcolm, he and his bandmates were playing in clubs and Aerosmith heard they were in the country, so they invited the group to be their opening act and even helped them to appear in TV Shows.

“We asked for Steve. ‘Cause when we thought back about when we first came to the States, it just sprung to mind straightaway, well…Steven Tyler. I think we were doing sort of club dates and things like that in the in the States and [Aerosmith] heard we were in the country and they got us put on as a support act for ’em. And when (Tyler) would do interviews he would talk about us, too He got us onto the ‘Midnight Special.'”

“What really sealed it was when we were on a gig with Foreigner, who had a big hit record at the time and it was a big stadium. Aerosmith was on it, too. Foreigner didn’t want us on there for one reason or another. It was Steven Tyler who said, ‘well, if you’re gonna drop them we’re not playing either.’ I thought that was brilliant. So when we look back we thought he was the man who helped the band when we first came to the States. We’re grateful for that.”

In his speech at the Rock and Roll Hall Of Fame ceremony, Steven Tyler praised AC/DC, saying (Transcribed by Rock and Roll Garage):

“Thank God for the power chord! That thunder from the down under that grabs you in the lower 40 and gives you the second most satisfying surge that can run through your body. There is no greater purveyor of that power chord than AC/DC. The sparks that flew off the Heavy Metal of ‘Back In Black’ and the primal stink behind ‘You Shook Me All Night Long’ lit a fire in the belly of every kid that grew up born to break the rules. These guys have dedicated themselves to the majesty of the power chord, ignoring the spoon-fed don’t bore us get to the cars fickle taste of Pop music.”

Steven Tyler is not only the only member of Aerosmith that loves the Australian group. Joe Perry listed AC/DC’s 1979 album “Highway To Hell” as one of his favorites of all time and even said that the group was the greatest band that Aerosmith ever had as the opening act.