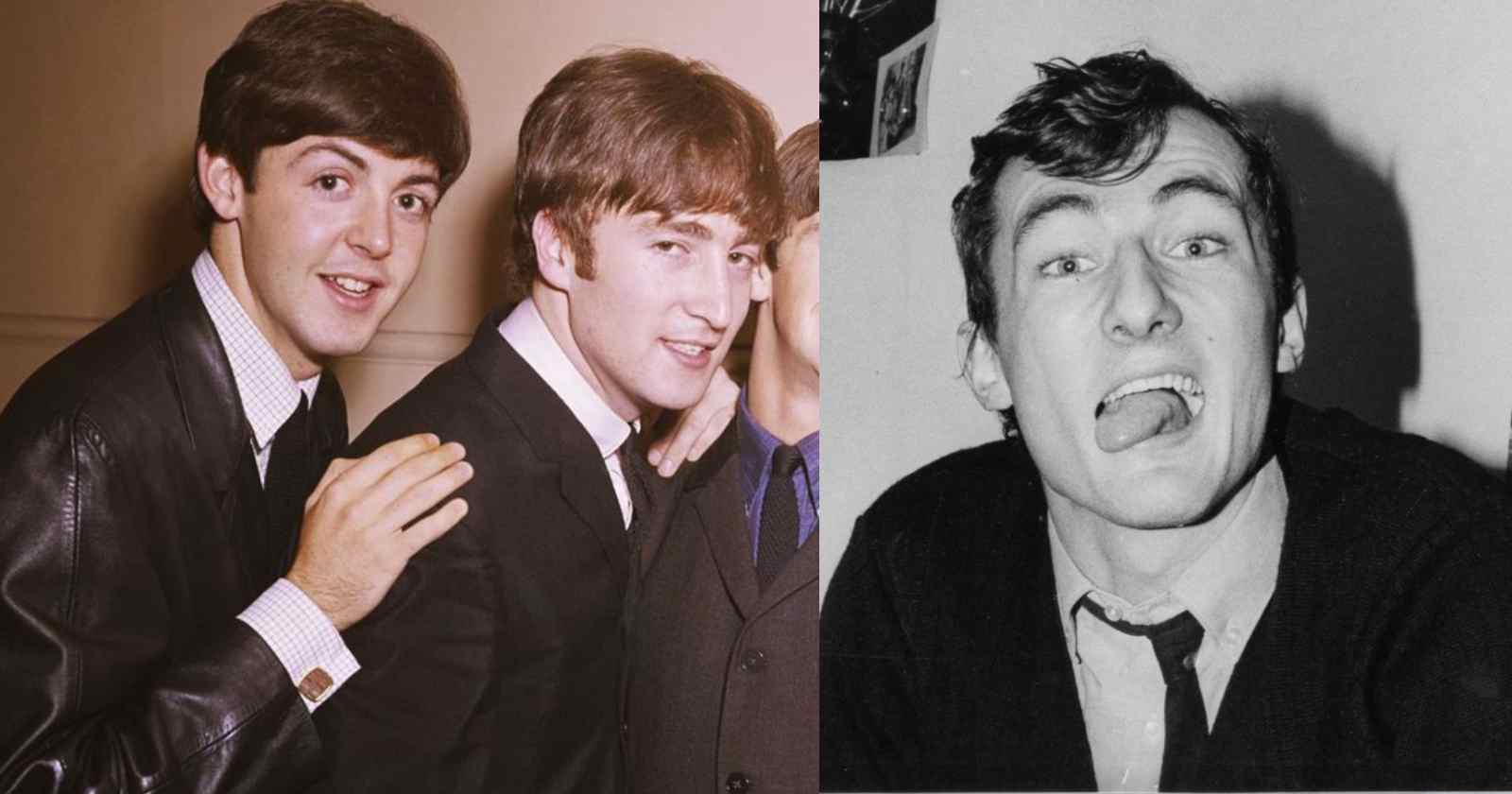 Paul McCartney and John Lennon formed the most famous songwriting partnership in the history of music that helped The Beatles to become the biggest band of all time. But they only met each other because of a mutual friend.

Who is the person that introduced Paul McCartney to John Lennon

The Liverpool teenager Ivan Vaughan, born in June 18, 1942, the exact same day as McCartney played tea-chest bass part-time in Lennon‘s first band, The Quarrymen and was the person who made the connection between his two friends, Paul and John. But Vaughan didn’t became a professional musician, he later studied classics at University College London and became a teacher.

After fame, Lennon and McCartney continued to support Vaughan, putting him on the payroll of their Apple company, in charge of a plan that never took off to set up a school with a Sixties, hippie-style education ethos. However, the language teacher Jan, who was Vaughan’s wife was hired by Lennon and McCartney to help them with the French lyrics to the track “Michelle”, released in 1965 on the album “Rubber Soul”.

In 1977, at the age of 35, Vaughan was diagnosed with Parkinson’s disease, what made him write a book about his life with the disease called “Ivan: Living with Parkinson’s Disease” in 1986. The teacher, who had a son and a daughter, died of pneumonia in 1993 at the age of 51. His death touched McCartney so deeply that the musician began to write poetry for the first time since he was a kid, writing the poem “Ivan”, that said.

Vaughan’s death touched Paul McCartney so deeply that he began to write poetry for the first time since he was a child. He wrote the poem “Ivan” about him after his death, which was published in McCartney’s book, Blackbird Singing. 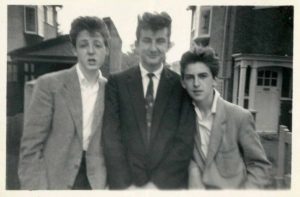 In an interview with Poetry Corner in the early 00s (Transcribed by Rock and Roll Garage), McCartney recalled his late friend, saying: “Ivan Vaughan was one of my best friends at school who was born on exactly the same day as I was in Liverpool. So when we discovered this fact in the playground chatting, we became instant good mates. He was a really lovely man. And he turned out to a classic scholar, he went to Cambridge to study Greek and Latin.”

“He was a lovely friend of mine and he actually contracted Parkinson’s disease at a very early age in his 30s, which is quite unusual. Because he was so bright, a very intelligent guy, he understood exactly what was going on and he could keep up with all the research on it. So it was particularly sad that he died at an early age. So I then I was moved to write a poem and that really then started me on a path of writing the other poems on the poetry book.”

McCartney then continues reading the poem “Ivan”, saying: “Two doors opened on the 18th of June, two babies born on the same day in Liverpool. One was Ivan the other me. We met in adolescence and did the deeds they dared us to. Jive with Ive, the ace on the base he introduced to me at Wilton fête a pal or two. And so we did, a classic scholar he, a rockin roller me. As firm as friends could be. Cram lock naval, cram rock pie a tear is rolling down my eye. On the 16th of August 1993, one door closed. Bye, bye Ivy”, Paul said. 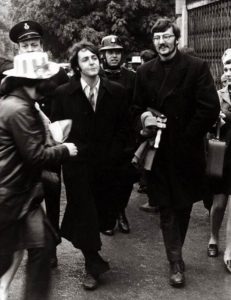 In an interview with Charlie Rose back in 1991 (Transcribed by Rock and Roll Garage), McCartney recalled with details of his first meeting with John Lennon, saying: “I’ve met John, I think when I was about 15 or so, I had a friend, a very good friend of mine called Ivan Vaughan, who I went to school with. He was born on exactly the same day as I was, so we became friends because of that. He lived in a place called Walton and he said ‘I’ve got his great mate, you should meet him, you know. This mate got a bit of a group”. (It was) what they used to call Skiffle groups. It’s an early kind of acoustic Blues kind of things, lots of guitars, they used to have washboards.”

“So John had this Skiffle group and he (Ivan) said ‘they’re playing on saturday at Wilton Village fête. He said ‘you should come along’ and I said ‘great, I will come along’. I remember coming into the fête and seeing these people on the stage and seeing John in a checked shirt with a sort of a quaff (hair) and singing this song, doing great, looking great.”

“But he was singing all the wrong words. It was a song ‘Come Go With Me’ by the Del-Vikings. But because they were supposed to be a Skiffle group plus he didn’t have the record, so he just made it up. He was kind of (singing) ‘Come go with me to the penitentiary, hey…’ and he was making all this stuff and I was ‘who is this person?’.”

“But then I met him a little later that day. I was surprised at how drunk and horrible he was. Because I was younger that him and he was just (acting like a grown up because he was 16) getting a six-pack down, it was Saturday and he was getting going. I was later to learn those tricks, but I was a little bit innocent. I remember this guy sort of just smelly breath over my shoulder,” McCartney said joking.

“We played around backstage that day, my friend took me the backstage. It was little church hall, anyone could have got in, but we just went along there. A few of the guys were just sitting around waiting for the evening performance, they played in the afternoon at the fête and then did the evening. We were jamming around and I knew this song called ‘Twenty Flight Rock’ by Eddie Cochran. I knew all the words and this was great currency in those days. If you knew all the words they would wanted you in a group. It was like ‘we can chuck him out next week, but he knows all the words’ (laughs). We often traveled miles to get the words or a chord, B7! We clear across Liverpool to get B7. I still know it.”

“So what happened was after that jamming thing I just went back home and forgot about it all. I was cycling around that area about a week afterwards. One of the fellas at the group came up and he was on his bike too and he said ‘hey, they want you to join the group. They thought that was great, you knew all the words’ (laughs).”

“Basically I knew only that one and I got George Harrison in the group later because he knew a song called ‘Raunchy’ (By Bill Justis). So yeah, we had two songs then and John didn’t know ‘Come Go With Me’ so we were safe, it was very innocent. We just got together a band a we were terrible, very, very bad and we were very bad for a few years. We sort of got off to Hamburg and improved a bit because we were just working so long.”