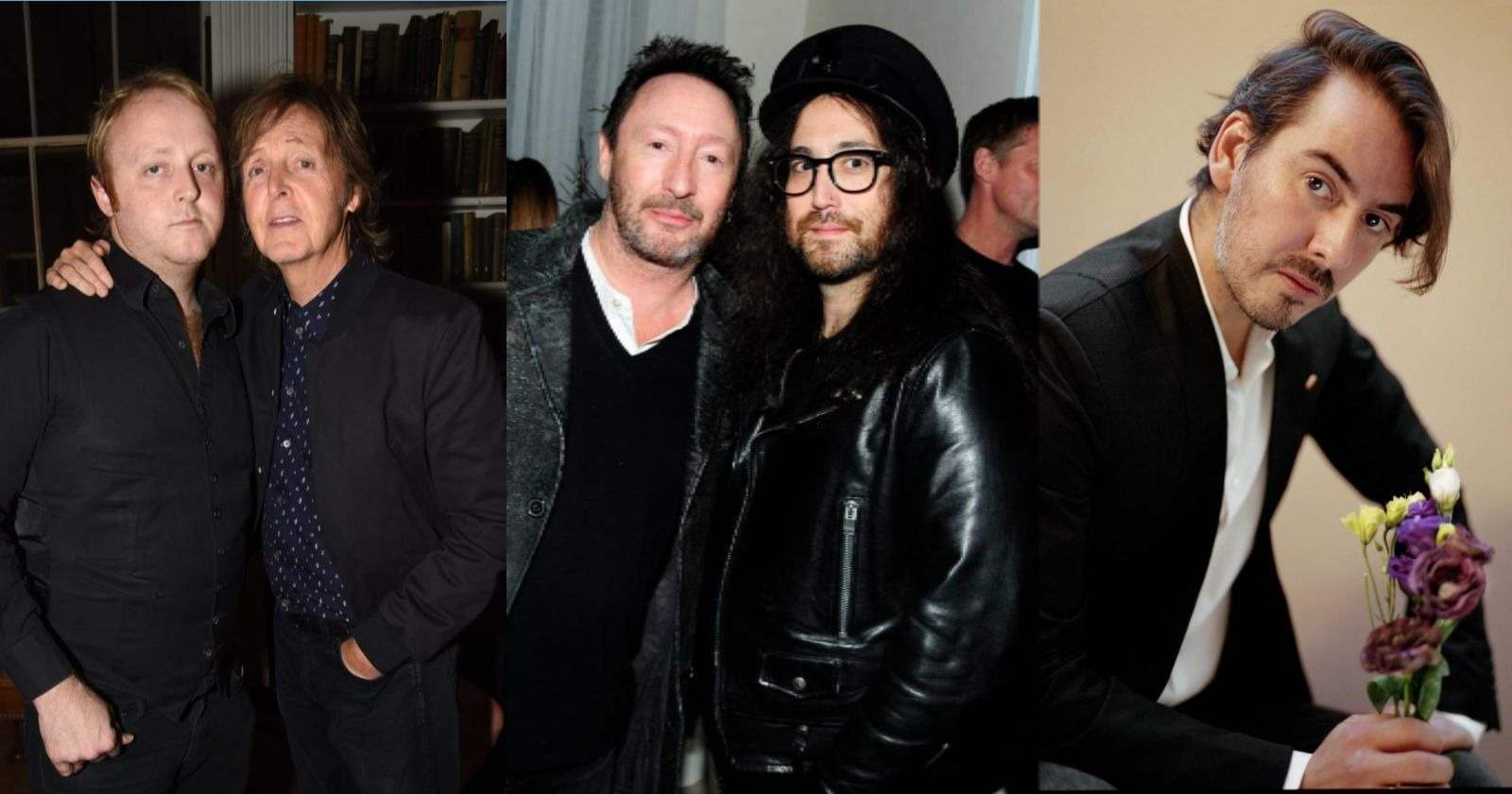 The Beatles are the most famous band of all time and all four members had children that look a lot like them. Paul McCartney have 4 daughters and 1 son, George Harrison 1 son, John Lennon 2 sons and Ringo Starr 2 sons and 1 daughter. They are musicians, stylists, photographers and more.

Who are the 10 Beatles sons and daughters

*Only biological and adopted sons and daughters were listed. 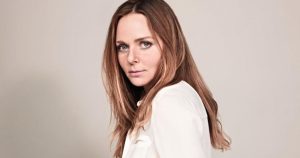 Stella Nina McCartney was born in London, September 13, 1971 one year after The Beatles last album. She is a stylist, daughter of Paul McCartney and American photographer Linda McCartney. She started to be interested in clothing design since her teens and did an internship with Christian Lacroix at the age of 15. Also worked with Tom Ford at Gucci and was later chosen to replace Karl Lagerfeld when he left Chloé.

In 2001, she created the luxury brand with her name, Stella McCartney. In 2003, she married Alasdhair Willis, editor of Wallpaper magazine, with whom she has four children. Stella McCartney is an animal rights spokesperson and does not use fur or leather in her collections. 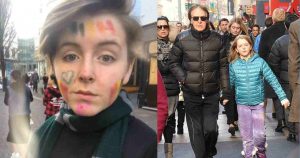 Beatrice Milly McCartney was born October 28, 2003 to Heather Mills and Sir Paul McCartney. On June 11, 2002 Paul married model Heather Mills, in the Leslie Castle Protestant cathedral “Saint Salvator”, built in the 17th century, a remote property in Ireland, with a reception for 300 guests. And, as the costume says, Heather made her guests wait for her arrival. But everything indicates that it was worth the guests to wait for the bride, as it was considered No. 2 among the most extravagant weddings, according to the magazine “People Magazine”, with a cost of $ 3.2 million dollars.

The party featured some of the most famous celebrities on the international music scene, such as: Elton John, David Gilmour, Eric Clapton, Ringo Starr, George Martin, Chrissie Hynde, among others. In 2003 the couple’s first and only daughter, Beatrice, was born. On May 17, 2006, websites announced the divorce of the couple. 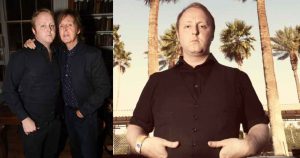 James Louis McCartney was born in London, September 12, 1977. He is a musician and composer that contributed on several of his parents’ solo albums, including Paul’s Flaming Pie (1997) and Driving Rain (2001). Besides Linda’s Wide Prairie (1998).

His first EP, Available Light, was released in 2010 with positive reviews. A second EP, Close at Hand, was released shortly after. The solo album The Complete EP Collection was released on November 22, 2011.

He stated that his first inspiration for learning to play the guitar was Michael J. Fox in Back to the Future. He started playing when his father gave him a Fender Stratocaster at the age of nine. The guitar had belonged to Carl Perkins.

In 1989, McCartney, with his older sisters Mary and Stella McCartney, again joined Paul and Linda on a world tour. He continued to study with a tutor while on the road. In 1993, at the age of 16, while surfing with friends, he was dragged by the current. The coast guard was called and his family immediately went to the scene. But he emerged safe and sound on his own forty minutes later. 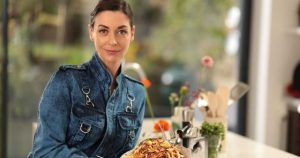 Mary Anna McCartney was born 28 August 1969. She is a photographer and Global Ambassador for Meat Free Monday and Green Monday.  Mary is the first biological child of Paul McCartney and Linda McCartney, and Linda’s second child. McCartney has an older half-sister, Heather McCartney, who was born Heather Louise See on 31 December 1962 to Linda and Joseph Melville See Jr. and adopted by Paul McCartney.

After the birth of her sister Stella, McCartney’s parents formed the rock group Wings, with whom she and her siblings travelled the world until 1980. She grew up to be a vegetarian and is passionate about animal rights like the rest of her family. 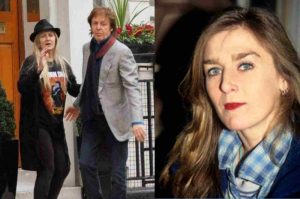 Heather Louise McCartney was born in December 31, 1962 when The Beatles were still together. She is a potter and artist daughter of Linda McCartney and adopted by Sir Paul McCartney. She was born in Tucson, Arizona, to Linda Eastman (later McCartney) and Joseph Melville See Jr. (April 19, 1938 – March 19, 2000), an American geologist. Her parents separated after 18 months of marriage, and her mother married Paul McCartney in 1969, when Heather was six years old.

During this time Heather was formally adopted by McCartney, also making an appearance in the Beatles film Let It Be. A half-sister, Mary, was born in 1969, followed by another half-sister, Stella, in 1971 and a half-brother, James, in 1977. Heather has said that her biological father had a lifelong influence on her. But that she considers Paul McCartney her father.

She began showing an interest in art, taking up printing at the Photographers’ Workshop in Covent Garden and winning the Young Black and White Printer of the Year Award for a photo she called “Waterfall”. She later went to art school, where she focused on pottery and design. Heather traveled to Mexico, where she lived among natives of the Huichol and Tarahumara tribes. She later moved to Arizona to live with her biological father and eventually returned to England to work as a potter. 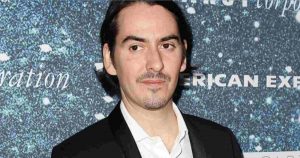 Son of George Harrison and Olivia Harrison, Dhani was born August 1, 1978. He began his career as a professional musician when he helped complete his father’s posthumous album, Brainwashed (released November 2002) with the help of Jeff Lynne (ELO). Like his father, he loves Formula 1. He also studied aerodynamics. In 2006, he formed a band called Thenewno2.

Dhani’s physical appearance is remarkably similar to that of his father in his youth when he was on The Beatles. At the Concert for George performed in memory of his father in 2002, Dhani participated in playing acoustic guitar. Paul McCartney told the audience a comment from Olivia, who had said: “Looking at Dhani on stage, we see that George remains young, while we all grow old.” 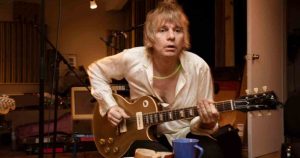 Zak Richard Starkey was born in London, September 13, 1965. He is a drummer, musician, composer and businessman, son of Ringo Starr and Maureen Starkey, Starr’s first wife. Also has been a drummer for The Who since 1996, band that like The Beatles are one of the most famous Rock bands of all time.  He is also the third drummer that played with Oasis. Other musicians and bands he has worked with include Johnny Marr, Paul Weller, The Icicle Works, The Waterboys, ASAP, The Lightning Seeds, and John Entwistle.

He grew up at Sunny Heights at St George’s Hill in Surrey and Tittenhurst Park at Sunninghill, Berkshire. Also attended Highgate School in London until 1981. At the age of eight he became interested in music, when The Who’s drummer, Keith Moon, gave him a drum kit. Moon (known to young Zak as “Uncle Keith”) was one of his father’s closest friends and Starkey’s godfather. Although they never sat together at a drum kit, Moon discussed drumming with him as a boy. The drum kit was later sold at Sotheby’s for £12,000.

At the age of ten, Starkey began teaching himself to play the drums. His father gave him only one lesson, but discouraged his growing interest because of the desire not to see him in the same business. Although Starr has praised his son’s abilities, he had always regarded him as a future lawyer or doctor. 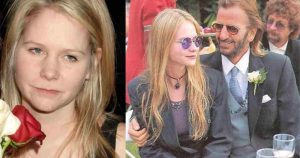 Lee Parkin Starkey was born in London, England, November 11, 1970.  She is a fashion designer, daughter of Ringo Starr and his first wife, Maureen Cox. In 1990 she opened a store in Los Angeles, Planet Alice, but had to close a few months later due to weak sales figures. Lee currently lives with former Kasabian guitarist and current Liam Gallagher guitarist Jay Mehler.

Her middle name, Parkin, is the re-introduction of an old Starkey surname. While Starr went California, Maureen stayed home taking care of Lee and her two older brothers, Zak and Jason. The Starkeys separated in 1974 and divorced in 1975 when Lee was almost 5 years old. Maureen obtained custody of the children while Starr was allowed visitation rights. 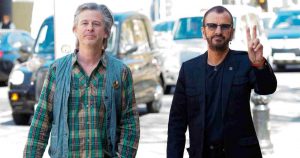 Jason Starkey was born August 19, 1967 when The Beatles were still together. In the mid 1980’s he played drums in a succession of indie bands. However Jason mostly stayed out of the public eye- however in 1987 was fined £125 after being caught stealing a car stereo. Two years later appeared twice in court on drugs charges.

In later years Jason worked in the music industry, becoming a road manager and drummer, and also a photographer. He once described his famous family as a burden, saying: “Being Ringo Starr’s son is the biggest drag of my life. It’s a total pain.” Jason lives in England with designer Flora Evans Starkey. 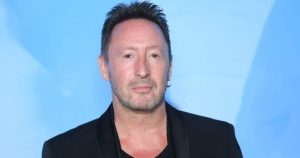 Julian was born April 8, 1963 during the first years of The Beatles and is the son of John Lennon and Cynthia Lennon. He was his father’s inspiration for “Lucy In The Sky With Diamonds” and after the separation of the parents, when John left home to play with Yoko Ono, Julian inspired another music, this one by Paul McCartney (“Hey Jude”). He became a musician and released the succesful album Valotte, in 1984, that had the hit song “Too Late For Goodbyes “.

When he was five, his parents’ relationship was not the best. In 1968, they divorced after his mother discovered that John was having an affair with Yoko Ono. He had almost no contact with his father after the divorce until the 1970s. When, on the initiative of John’s then-girlfriend (temporarily separated from Yoko), May Pang, Julian began seeing his father frequently. John bought Julian a Gibson Les Paul guitar and drums and encouraged him to get involved in the music business by teaching him some chords. 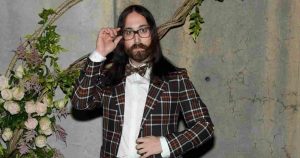 Sean Taro Ono Lennon was born in New York, October 9, 1975 and is a singer, songwriter, multi-instrumentalist, writer, music producer, actor and singer. He is the only son of John Lennon with Yoko Ono, the musician’s second wife.

After his birth, John Lennon became a homely father, looking after his son until his murder on December 8, 1980. Sean attended a preschool in Tokyo. Also was educated at the exclusive private boarding school Institut Le Rosey in Rolle, Switzerland. Then at Ethical Culture Fieldston School and Dalton School, in New York. Sean currently lives in the United States, New York City, his hometown. Also the same city where his father was murdered. He works as a music producer.