Bill Wyman was an important part of the Rolling Stones, one of the biggest bands of all time. Although they keep playing and recording to this day, the bassist decided to finish his career earlier. Wyman was never officially replaced on the Stones. Since he left, his place is filled by a hired musician.

Wyman was born William George Perks in Lewisham Hospital in Lewisham, South London, the son of Molly (née Jeffery) and William Perks, a bricklayer. One of five children, Wyman spent most of his early life living in a terraced house in one of the roughest streets in Penge, southeast London. He describes his childhood as “scarred by poverty”.

He attended Beckenham and Penge County Grammar School from 1947 to Easter 1953, leaving before the GCE exams after his father found him a job working for a bookmaker and insisted that he take it

Despite his reputation for being the quiet Stone, Wyman was involved in a controversy in the 1980s when he started dating a teenage model, Mandy Smith, was 13 when he met him. He had 47 at the time. The two would marry in 1989 when she was 18. They divorced in 1991. 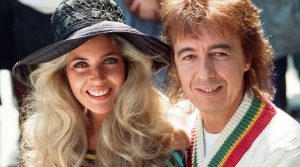 He Maintains a solid friendship with the first Stones member to voluntarily leave the band, guitarist Mick Taylor, and continues to work with him on solo projects. Wyman also performed with the band Rhythm Kings, as well as authoring the books Stone Alone and Rolling with the Stones.

In 2016, it was announced that Wyman had been diagnosed with prostate cancer and was expected to make a full recovery. Since then there were no updates on his health. 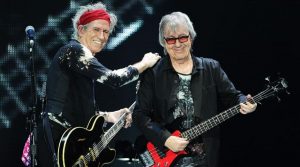 He became an amateur archaeologist and enjoys metal detecting. He designed and marketed a patented “Bill Wyman signature metal detector”, which he has used to find relics in the English countryside dating back to the era of the Roman Empire.

Bill Wyman recently talked with Variety about his career and talked about how it was to leave the band in 1992:

“I can remember going to the Stones’ tour in ‘89 thinking, “Well, we all better catch this while we can, because this will probably be the last one.” Judging from your comments in the film, that’s kind of how you felt about that tour, too. You felt like it was a suitable swan song and you got out afterward.”

“As I say in the film (His documentary “The Quiet One”, we played 120 shows in America, Europe, Japan, to seven and a quarter million people. We averaged 60,000 per show. And I didn’t see it going any bigger than six shows at Shea Stadium, five in Wembley Stadium in England, 10 at the Tokyo Dome, and so on. Since I left, those sizes and amounts of shows have never happened since.”

“And I thought, it’s a great place to end, at the top. I didn’t want to end when we were drifting down or anything like that. Fortunately it hasn’t happened, but I didn’t know that at the time.”

“And I’d been in a band 30 years, and there were so many things that I needed to do. I had to get my life in order. I had to get married again and have a new family, which I have. My life’s been wonderful since I left the band.”

“I had to move on. It’s like if you were a bricklayer for years and years and years, you want something different, don’t you? And everybody does, you know. There’s sportsmen who want to be musicians, musicians who want to be sportsmen — whatever career you have, there’s always something else you want to do. And I had so many other interests that I had to get my head into and deal with, and they all became very successful, so I was very fortunate in that way. Restaurants as well — I never mentioned restaurants!”

About missing people screaming his name and getting back to The Rolling Stones, he said:

“I never enjoyed that. And neither did Charlie. We weren’t interested in the adulation and all that, so that’s why we were able to get away from it and not worry about it. No, I haven’t missed it once.”

I’ve stayed friends with the band ever since, individually, socially. We send gifts to each other for birthdays and Christmas and always have. We mix families when available. My daughters are friends with Jerry and Mick’s children.” 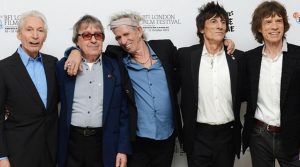 “Jerry’s the best friend of my wife. Charlie’s always been my great friend, and we love sport together and things like that. I see Woody. I see Mick on charity occasions and things like that. Can’t see Keith very much, because he hardly comes out of America, and I don’t go there. But otherwise, it’s just like a family and it always has been.”

“But i don’t miss the performances or anything, either. I played with a bunch of really excellent musicians in my own band (the Rhythm Kings) for 20 years, with Peter Frampton and Gary Brooker and Georgie Fame, and people guesting like Eric Clapton and Mark Knopfler and Chris Rea. And i was doing it in a different way. I didn’t do it for the adulation. I was doing it just because I like to play music to an audience that loved to hear it.”