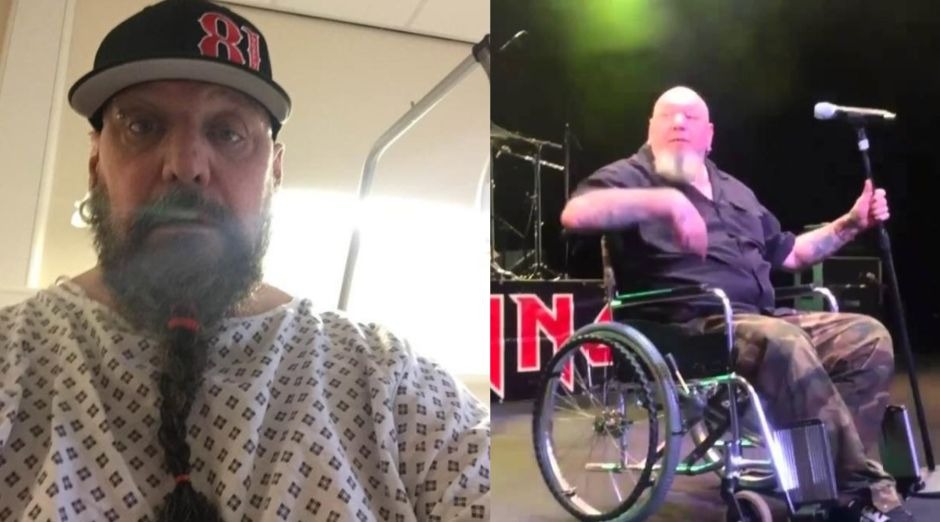 Iron Maiden is definitely one of the biggest bands of all time. They became super famous after the release of the classic album The Number Of The Beast (1982), the first with Bruce Dickinson on vocals. But first, they released two major albums, Iron Maiden (1980) and Killers (1981), that had the also great singer Paul Di’Anno.

Di’Anno was not committed to the band’s tour at the time, since they had to cancel concerts due to his inability and, at times, lack of desire to perform, which had resulted from cocaine/amphetamine abuse and heavy drinking. 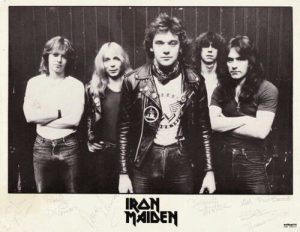 The band decided that to progress in their careers, they had to find a singer capable to tour.  Iron Maiden decided that to progress they would have to find a singer capable to be totally dedicated to the band, and that’s when they’ve found Dickinson, that was the singer for Samson. Paul Di’Anno left the band in 1981, after meeting with the band’s manager Rod Smallwood.

At the time, the singer said:

“It’s like having Mussolini and Adolf Hitler run your band. Because it is Rod Smallwood and Steve Harris and that’s it. There can’t be anyone else and my character is too strong for that so me an’ Steve was always fighting”.

Di’Anno was paid out by Smallwood at the time of his departure and does not receive royalties on Iron Maiden songs.

What happened to Paul Di’Anno

Since his departure from Iron Maiden, Paul mostly continued with his solo career, playing Iron Maiden classics from his era, and occasionally participating in some bands without much success.

It ain’t easy to be informed about how Paul is doing, since the singer website has not been updated for years (The only social network tha website points it’s for MySpace) and there are no other official social networks, just the singer Facebook profile.

In an interview with The Metal Voice, Paul Di’Anno revealed he hasn’t walked in 4 years:

In a interview with Loudwire, the singer revealed the hard times he had been facing in 2019 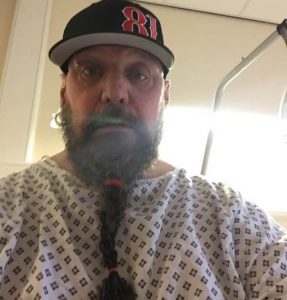 “I’ve been in and out of the hospital for four years now,” Di’Anno tells Mariskal Rock. “It’s been very, very tough for me at the moment. Because of the sepsis, I keep getting infections, so they can’t do the operations on my leg.”“At the moment, I’ve only got one knee. The other knee has been taken out, but there’s no new knee put in, so it’s been a cement thing. But I wanna play, obviously, but I can’t do that until I’m fixed. I haven’t stopped playing music, and I’ve got no plans to retire. I wanna keep playing, but I need to get well.”“The sepsis really hits you hard, and on the London plane home from Argentina, everyone was saying to me, ‘Hello, sir. Are you okay? Are you okay?’ And I’m, like, ‘Yeah, why don’t you fuck off and leave me alone?’ sort of thing.”

On August 2019, the singer gave an update about his health

The singer posted on his Facebook profile a health update saying he was hospitalized, but later the post was deleted.

“Well, I was put here [in the hospital] by Friday, because there is a life-or-death priority. Can I lose my right leg? ”

Since then, there are no informations about the musicians health.

In 2016 he underwent an operation in 2016 to remove a “rugby ball-sized abscess” on his lungs and required a knee-replacement operation on both knees after getting involved in several motorcycle accidents over the years.

As a result, Di’Anno was forced to perform in a wheelchair while performing at his last shows.

Di’Anno has been married five times and has six children.

On February 2011, the singer was arrested and convicted on eight counts of benefit fraud for claiming more than £45,000 under false pretenses.

By March of the same year he was jailed for nine months at Salisbury Crown Court. But he was released early, having only served two of the nine months.

The most recent news involving the singer is that a live album will be released in 2020.  “Hell Over Waltrop – Live In Germany” is the title of the album coming out in January featuring Paul Di’Anno’s performance in Germany.

The story began when, in the summer of 2006, Paul Di’Anno was invited to perform in the small town of Waltrop at an event that included pop and disco music bands.

Following the initial skepticism, Paul accepted and ended up on the Parkfest stage on August 27, 2006 with his German backing band, called Phantoms Of The Opera (Andy and DD on guitars, Gonzo on bass and Dom on drums). play a set based on songs from his solo career and his time at Iron Maiden.