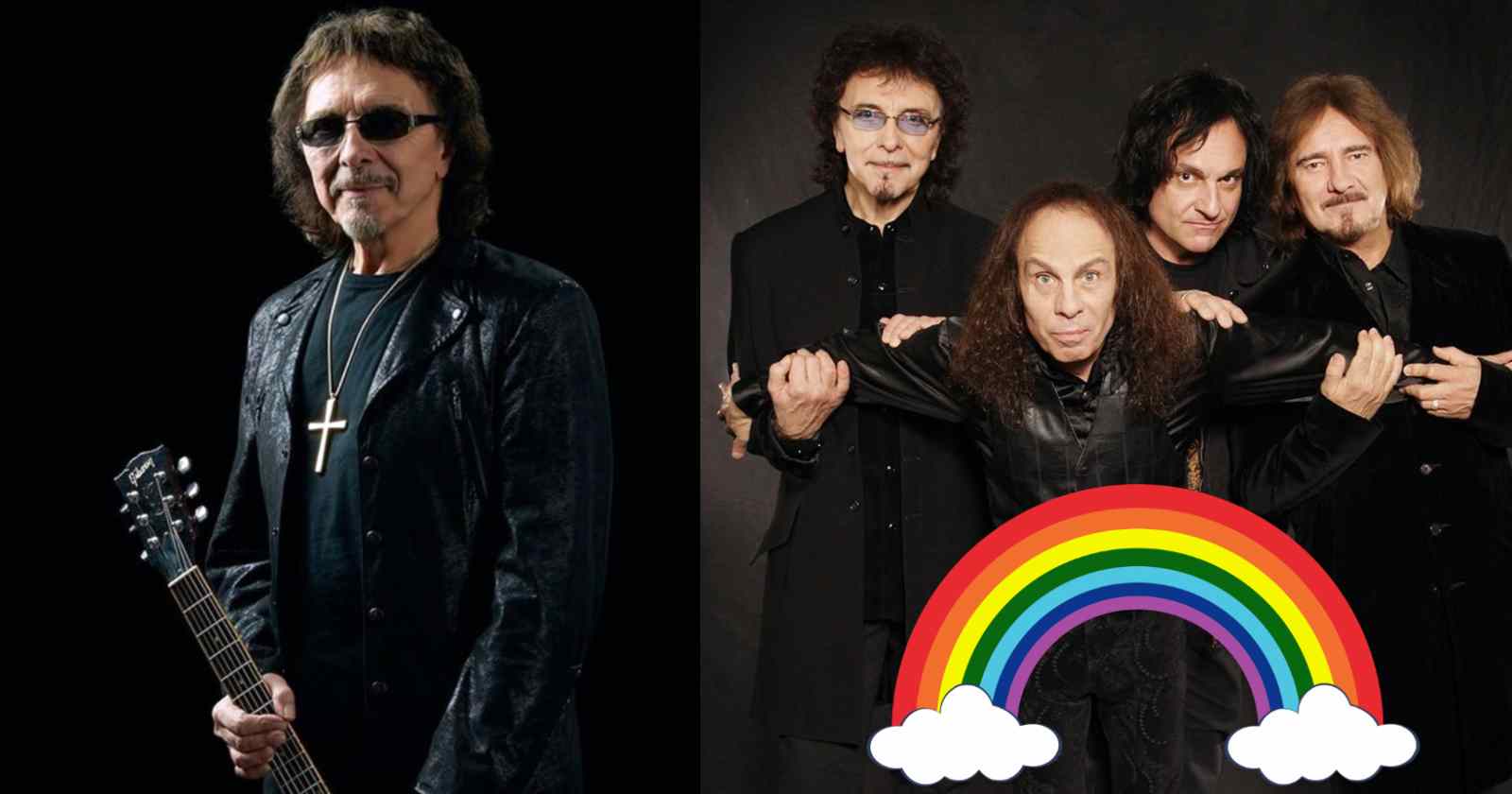 Legendary singer Ronnie James Dio used to write a lot about fantasy, dragons and rainbows. In an interview with Revolver magazine Black Sabbath guitarist Tony Iommi recalled when he told Dio had to stop putting “rainbows” in the songs of the band when they reunited for “Dehumanizer”, released in 1992.

Regarding Dio’s positivity, thematically he was coming from a much different lyrical place than previous sabbath albums: more of a fantasy realm of rainbows and knights and dragons. Were there any moments when you were like, nah, this is too much?

“[Laughs] Yeah there was. That was further down the line. Ronnie for a while used rainbows in a few of the songs. And then it came to a point, I think it was when we were doing [1992’s] Dehumanizer, that we had to say, “Look we gotta knock [out] the rainbows.”

“You can’t keep singing about rainbows all the time.” [Laughs] Ronnie’s answer was, “I’ve always done them. It’s part of what I do!” But we said it’s too much in Black Sabbath. He was OK — he wasn’t happy at first — but realized what we were saying.”

Did Ronnie’s vocal approach open up any new creative avenus for you?

“Absolutely did, yeah. With Ozz we had a great thing going and the stuff we did I really liked and enjoyed. But when Ronnie came in it was like a lift — we’d gone to another area. It was a different way of writing altogether. … Ronnie was a lot more dramatic and energetic in his singing. Very positive … So it imprinted on what we were writing. The songs took on a different look, and it pushed us to another level.”

In an interview in Sweden back in 2001 Ronnie James Dio explained how his passion for fantasy begun:

“I’m an only child so I spent a lot of time on my own reading and read mostly fantasy things. It made me use my imagination. In the early days I read a lot of… Edgar Rice Burroughs had a series called John Carter from Mars and that was very fantastic in its way. And a lot of medieval things from Walter Scott and others. And a lot of science fiction and that kind of fantasy and you put them all together and they make you what you are, I think.”