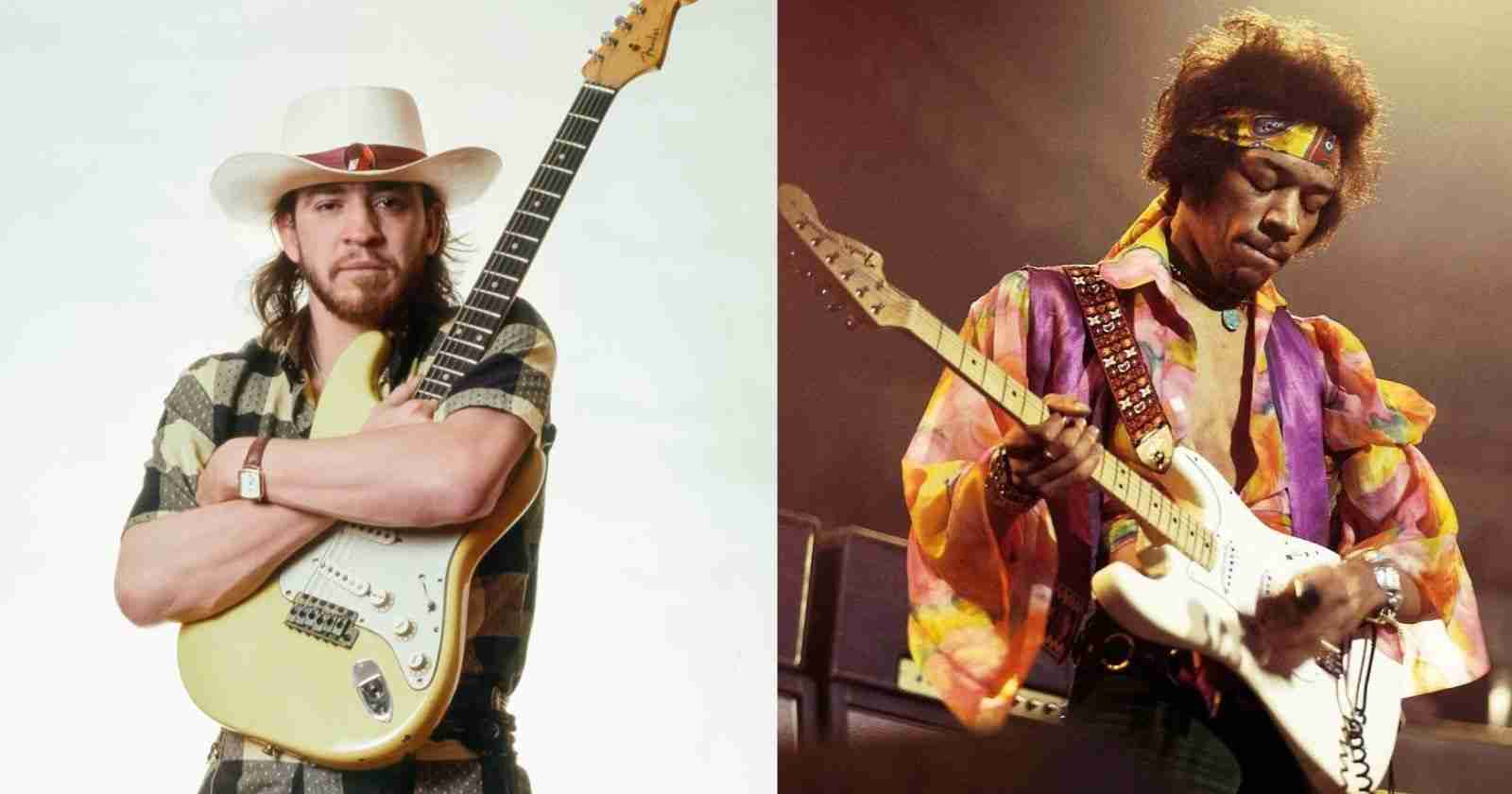 Texan guitarist Stevie Ray Vaughan unfortunately died too soon at the age of 35 back in 1990. But during his short successful career the talented Blues musician gave many interviews talking about his musical tastes. In chat with Guitar World back in 1984 Vaughan talked about his love for Jimi Hendrix.

“I loved Jimi a lot. He was so much more than just a blues guitarist. He could do anything. I was about sixteen when he died. I could do some of his stuff by then but actually I’ve been trying to find out what he was doing more so lately than I was then.”

“Now I’m really learning how to do it and I’m trying to expand on it – not that I can expand on it a whole bunch. But I try.”

In the same interview, Stevie talked about musicians that influenced him and studying music:

“I started out trying to copy licks from Lonnie Mack records. He was a really big influence for me. And my older brother Jimmie used to bring home records by B.B. and Albert King, Albert Collins and guys like Hubert Sumlin, Buddy Guy. All of ’em.

“I didn’t hear as much of Johnny Winter as a lot of people around Texas. I’m not sure why. I remember seeing his picture and stuff on posters around town, but I really didn’t hear that much of him.” 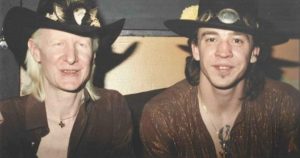 “I took music theory for one year in high school and flunked all but one six-week period. That’s because I couldn’t read music and the rest of the class was already eight or nine years into it. The teacher would sit down and hit a ten-fingered chord on the piano and you had to write all the notes down in about ten seconds. I just couldn’t do it. It was more like math to me.”

“A lot of the songs I write now – I don’t even know what key they’re in. I have to ask somebody to find out. I can play it, I just can’t name it. Jazz changes and all. But I don’t know the names of what it is I’m doing.”

“To me, Django and Jimi were doing the same thing in a lot of ways. Django would do it with acoustic guitar and Jimi would do it on electric, using feedback and things. Instead of using feedback, Django would just shake those strings like crazy. And neither one of them had anything to build on – they just did it. Django didn’t have any book or anything to borrow from. He wrote the book. Same with Jimi. Nobody was doing those kinds of electronic things he was doing. He just did it.”

He also revealed that he shared his musical ideas with Double Trouble members Chris Layton (Drums) and Tommy Shannon (Bass) via tape recorder:

“Now I can just lay down tracks and play it back to the guys so they can hear just how I’d like it to sound. I did one the other day with two guitar tracks and a drum track. I played some drums before picking up the guitar and I still like to mess around with them. So now I can use this Fostex and get down pretty much what I want, then let the guys take it from there.”