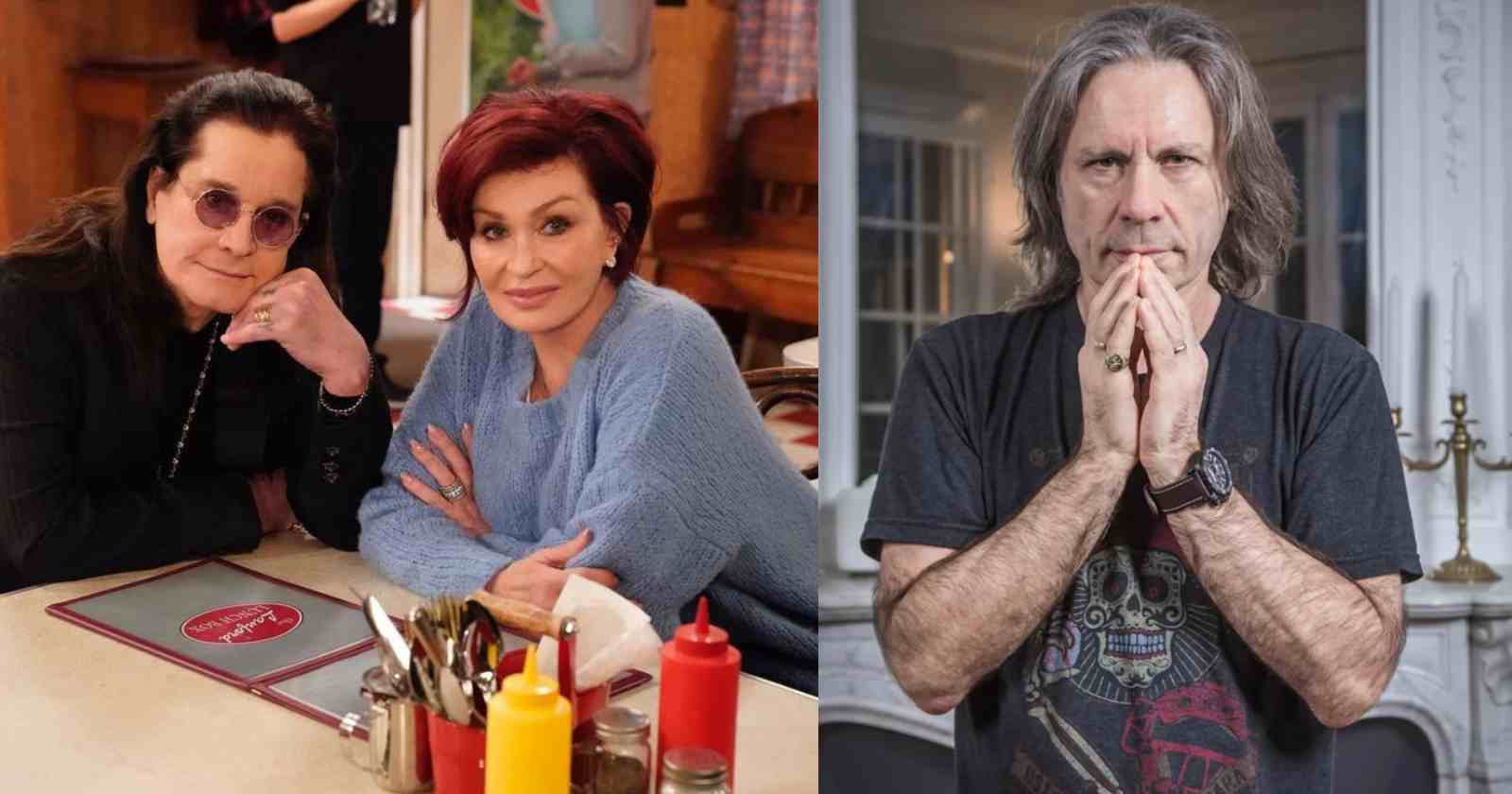 The relationship between Ozzy Osbourne and Iron Maiden wasn’t always good, especially when Sharon Osbourne hired people to throw eggs at Iron Maiden after Bruce Dickinson said bad things about the Black Sabbath singer during Maiden’s concert at Ozzfest in 2005. In an interview with Howard Stern back in 2005 (Transcribed by Rock and Roll Garage), Ozzy’s manager and wife Sharon explained why and how she made people throw eggs at Dickinson, Steve Harris, Nicko McBrain, Dave Murray, Janik Gers and Adrian Smith during their set.

“We’ve know those guys since the 80s and we offered them the show. They were getting paid $185.000 dollars each night. Everything they wanted they got. They would go on stage and Bruce Dickinson, each night would slag Ozzy. (He would) Say really disrespectful things about him and Ozzy is the schmuck that is paying him!”

“So I’m thinking to myself ‘Let it go on. Just carry on your little shit’. So on the last night in L.A, I’ve got 200 hispanic kids, loaded them with eggs. They had peanut butter, they fucking pelted the shit out of them. Then I went on stage and I said ‘Look, don’t fuck with us. Don’t be disrespectful, this is what you get.” In the same conversation with Howard Stern she pointed that she knew for a long time that the Maiden members were “trouble”.

Iron Maiden leader, bassist and main lyricist Steve Harris tried to apologize to Ozzy as the singer told Launch Radio Networks  in 2005. “Even though the singer was saying bad things, so I heard, I never heard it ’cause I’d never went and seen them. But that very night, the bass player (Steve Harris) comes into my dressing room and said to me, ‘I’d like to apologize for our singer.’ I was absolutely confused what this guy was on about.”

In a conversation with Attitude magazine after the incident, Sharon said she didn’t liked Dickinson, saying he “has a chip on his shoulder”, but respected Iron Maiden, saying that the rest of the group were really nice guys. Maiden manager Rod Smallwood criticized Sharon after what happened, saying that in 30 years in the business he never saw anything so disgusting and unprofessional like what she did.

Bruce Dickinson haven’t talked much about what happened and told NME in 2017 that he likes Black Sabbath and Ozzy: “It’s a complete storm in a teacup (The incident). I grew up listening to early Sabbath with Ozzy. Ozzy and Sabbath are icons so that’s that, end of story”.

Ozzy didn’t understand why Bruce Dickinson was mad at him

Talking with with The Quietus back in 2010, Ozzy Osbourne said that when someone doesn’t like him, he prefers that people say to his face. He also said that he never said anything bad about Bruce Dickinson and didn’t know why he was so mad at him:” You know what? Unbeknown to me, every night he was going on stage slagging me off. And that wasn’t fair. If he didn’t like the fuckin’ tour, he should have said “I’m jumping [off] the fuckin’ tour”, but to go on stage and fuckin’ slag me off for no reason… I’d never said a fuckin’ bad thing to him. If you’ve got something to talk to me about, be a man. Come to my face and say, ‘I think you’re a fuckin’ asshole.’ Don’t be a fuckin’ idiot. It’s so pathetically childish.”

Bruce Dickinson already covered the Sabbath song “Sabbath Bloody Sabbath”, recorded with Godspeed for Sabbath’s tribute album “Nativity In Black”, released in 1994. However, the singer dind’t like the result and said in an interview with Double J back in 2018: “I’m guilty as charged, I did a terrible cover of this song because somebody offered me money. I was out of Maiden and short of a few quid. So I went, ‘Yeah, go on then’. It just proved that you should never try and cover legendary things. They should just stay legendary.”