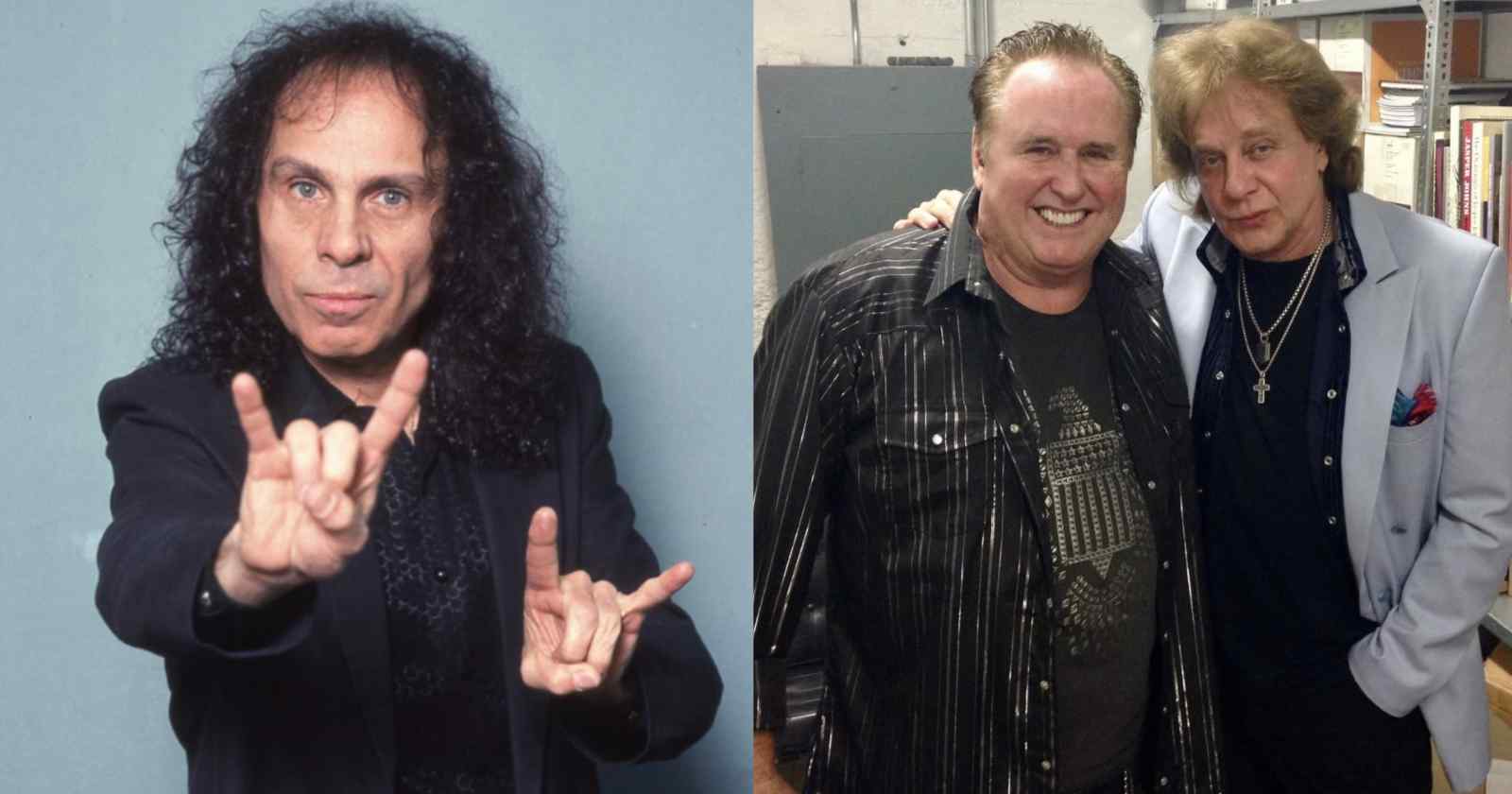 Considered one of the greatest voices in Rock and Roll music, Ronnie James Dio inspired millions of singers over the decades and during his career the late musician talked about his peers and gave his opinion on them.

The Black Sabbath and Rainbow vocalist praised in an interview with Steve Newton back in 1985 a name that many Dio fans would never expect, Mike Reno, the vocalist of the famous Canadian rock band Loverboy, known for hits like “Working for the Weekend” and “The Kid Is Hot Tonite”.

When asked about his favorite singers and which ones he admired at the moment, Dio said that he didn’t admire many singers, saying: “Me. I don’t really admire an awful lot of singers. No, I don’t really. I think it’s because I know what they’re doing, and what they’re either capable of or incapable of. I don’t hear all that many great singers. I’ll tell you who is a good singer: a Canadian lad, Mike Reno. I think Mike’s a really good singer.

“The music (From Loveryboy) is, you know, a lot softer and a lot more commercially oriented than the music that people like myself make. But he’s got great pipes. And a lotta control. Good technique. I think he’s a really good singer. As far as admiring or idolizing or learning or being influenced by others, no, I’m not really. And Mike Reno obviously is not the only good singer out there today. But just off the top of my head I think Mike’s a really good singer. And I’m not saying it because he’s Canadian, ’cause there happen to be a helluva lot of good American singers, and British singers.”

In the same interview Dio revealed that in his opinion Barbra Streisand was the best female vocalist ever. He said she was fabulous and nobody could tocuh the tools she had.

Born in British Columbia, Canada back in 1955, Mike Reno is the vocalist of the Canadian rock band Loverboy.

He fronted other bands, including Moxy, before helping form Loverboy. Reno also sang for the Canadian band Hammersmith in 1976.

In 1984 he recorded as a solo artist the song “Almost Paradise” featuring Heart vocalist Ann Wilson. The track appeared in the classic movie “Footloose”.

Among Loverboy’s most famous songs are “Working For The Weekend”, “Turn Me Loose”, “Lovin’ Every Minute Of It”, “Heaven In Your Eyes” (The track was on the soundtrack of the movie “Top Gun”) and “The Kid Is Hot Tonite”.

Formed in 1979, except for a brief breakup from 1988 to 1991, the band has continued to perform live shows regularly, accumulating numerous hit songs in Canada and the United States, earning four multi-platinum albums and selling millions of records.