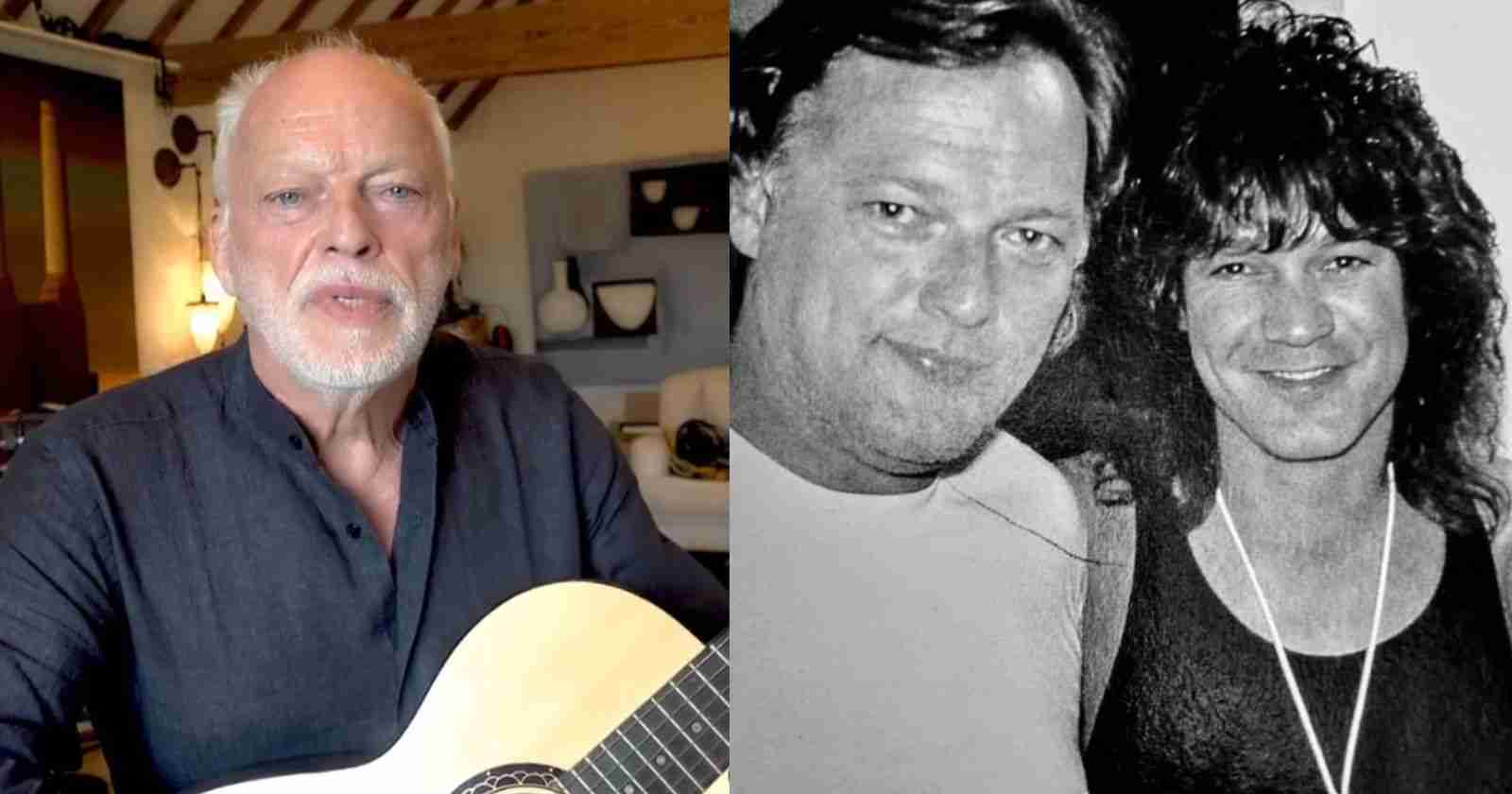 Pink Floyd‘s David Gilmour is considered one of the best guitarists of all time, not only for this technique but for the feeling he shows on every note played on the guitar. The late Eddie Van Halen is also on the list of the best musicians of all time, but had a diferrent style, playing faster and using tapping.

Although Pink Floyd and Van Halen are in the different rock and roll genres, Gilmour talked in an interview with Guitar Classics back in 1985 about Eddie Van Halen’s playing when talking about how Blues influenced him.

Did you start out as a fan of the blues?

“Of course, there were many. I was trying to learn 12-string acoustic guitar like Leadbelly at the same time I was trying to learn lead guitar like Hank Marvin and later Clapton. All of those different things had their moments and filtered through my learning process. These days I don’t listen to other people with the objective of trying to steal their licks, although I’ve got no objections to stealing them if that seems like a good idea. I’m sure that I’m still influenced by Mark Knopfler and Eddie Van Halen as well.”

Have you tried to adopt any of the post-Van Halen techniques?

“I can’t play like Eddie Van Halen, I wish I could. So i sat down to try some of those ideas and I can’t do it. I don’t know if I could ever get any of that stuff together. Sometimes I think I should work at the guitar more. I play every day but I don’t consciously practice scales or anything in particular.”

In an interview with Guitar Player magazine back in 2009 he was asked if he was an Eddie Van Halen fan and he replied: “I’ve met him a couple of times, and he always seemed to be a very nice guy. I have to confess that I don’t listen to an awful lot of Van Halen, but Eddie is fantastic. His moments of sheer, unbridled, joyful playing – as he did on the Michael Jackson track – can’t help but make you want to jump around on a dance floor. He was a major influence on a lot of people. wasn’t he? He changed Rock music, and he made a lot of very average players think they were a lot better than  they actually were!”