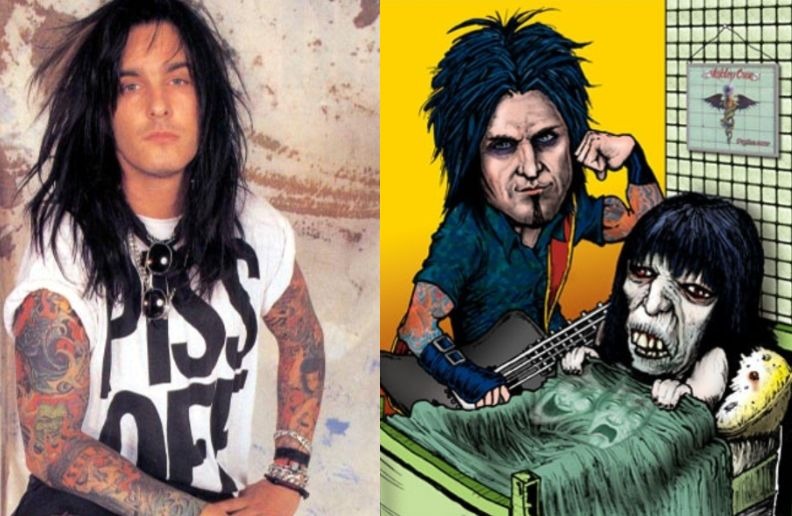 Rock And Roll in 80’s was wild, closely linked to “sex and drugs” and Mötley Crüe lived these two things at the most. One of the most important bands of that decade, in 1987 the Los Angeles group was surfing on the waves of success and the bassist and main composer of the group Nikki Sixx was enjoying all that success.

That year the band released their fourth studio album, Girls, Girls, Girls and the title track became a true hard rock and glam metal anthem, giving Mötley Crüe the feeling that they were immortal.

Well, it seems that at least in the case of Nikki Sixx, this was more than a sensation.

On December 22, 1987, after a night out with Slash (Guns N ‘Roses) and Robbin Crosby (Ratt), the musician suffered an overdose that led him to the emergency of the hospital where he had a cardiac arrest.

There, Sixx was declared clinically dead by local staff until a second injection of adrenaline applied by a paramedic into his heart made him come back to life.

The news of his death circulated among musicians and even ran on some radios, and in his book called Heroin Diaries, the bass player remembered how two fans were at the hospital door crying over his death when he left there against the doctors desire.

“There was a policeman asking me questions, so I told him to fuck off. I pulled the tubes that were plugged into me and I went out into the parking lot only in my leather pants, where two teens were sitting crying around a candle. They had heard on the radio that I was dead and were surprised to see me.”

The legend tells that that they both lent him a jacket, gave a sermon about drugs gave him a ride home.

Two years later, in 1989, Nikki’s band released a new album called Dr. Feelgood and in it is another hit of the band, also written by Sixx.

“Kickstart My Heart” became a trademark of this phase of Mötley Crüe and was re-recorded by younger bands like Asking Alexandria and Between The Buried And Me.