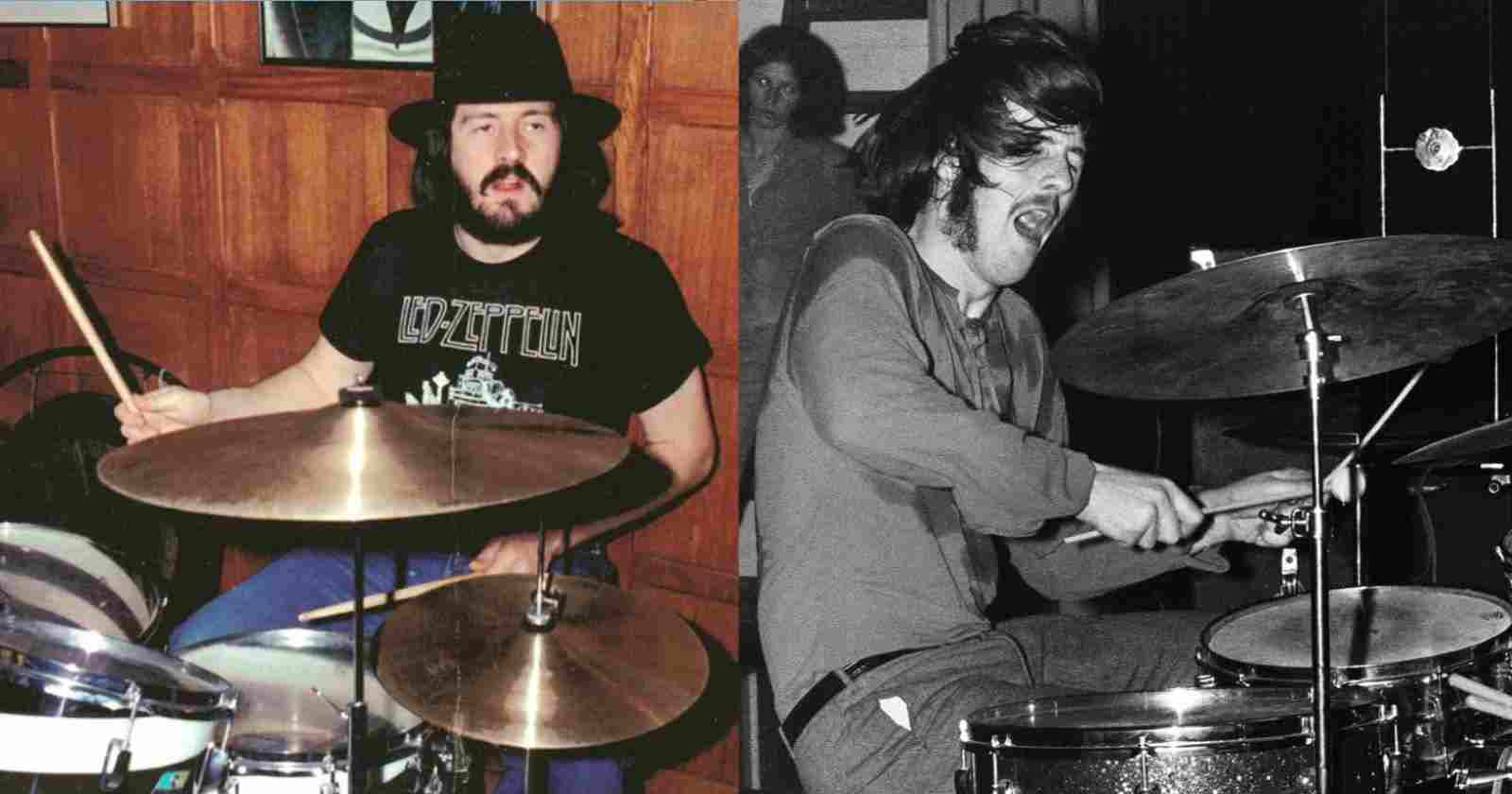 John Bonham is often considered one of the best drummers of all time that unfortunately died too soon. In an interview with his brother, Mick Bonham, Led Zeppelin drummer recalled how he learned to play the drums.

Led Zeppelin’s John Bonham said about how he learned to play the drums:

“I’ve wanted to be a drummer since I was about five years old. I used to play on a bath salt container with wires on the bottom, and on a round coffee tin with a loose wire fixed to it to give a snare drum effect. Plus there were always my Mum’s pots and pans. When I was ten, my Mum bought me a snare drum. My Dad bought me my first full drum kit when I was 15. It was almost prehistoric. Most of it was rust.”

“When I left school I went into the trade with my Dad. He had a building business, and I used to like it. But, drumming was the only thing I was any good at, and I stuck at that for three or four years. If things got bad I could always go back to building.”

“I was so keen to play when I left school, I’d have played for nothing. In fact, I did that for a long time, but my parents stuck by me. I swore to Pat that I’d give up drumming when we got married, but every night I’d come home and just sit down at the drums. I’d be miserable if I didn’t.”

“I never had any lessons. When I first started playing I used to read music. I was very interested in music. But when I started playing in groups I did a silly thing and dropped it. It’s great if you can write things down.”

“I’ve always been obsessed with drums. They fascinate me. Any other instrument – nothing. I play acoustic guitar a bit. But it’s always been drums first and foremost. I don’t reckon on this Jack-of-all-trades thing. I thing that felling is a lot more important than technique. It’s all very well doing a triple paradiddle – but who’s going to know you’ve done it? If you play technically you sound like everybody else. It’s being original that counts.”]

Also on Mick Bonham’s book, the friend of John Bonham and vocalist with ‘Way of Life’ Reg Jones revealed the drummer’s influences:

“I know where he got his influences from, because he told me. He used to cross Rock’n’Roll beats with soul rhythms, he liked the Isley Brothers drumming rhythms and he’d cross the tow styles together to get his unique sound. Perhaps that’s how he got such a powerful sound, his triplets on the bass drum were just superb. He was so loud we never used to mike up his drum kit at gigs and still constantly got complaints about the volume.”