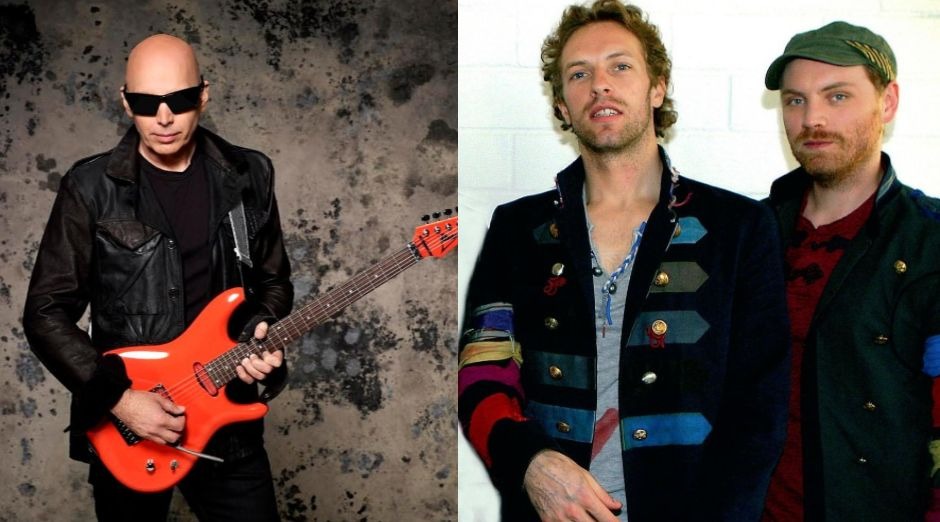 Back in 2008, Joe Satriani sued Coldplay for copyright infringement in the United States District Court for the Central District of California. The reason was that his song “If i Could Fly”  from the album “Is There Love in Space?” from 2004, had a very similar melody to Coldplay’s hit “Viva La Vida”, released 4 years later, in 2008 in the album Viva la Vida or Death and All His Friends.

In an interview with MusicRadar.com, Joe Satriani explained his decision to sue Coldplay for plagiarism:

“I felt like a dagger went right through my heart. It hurt so much,” Satriani says. “The second I heard it, I knew it was [my own] If I Could Fly.”

As it turned out, Satriani wasn’t the only one who noticed the similarity between If I Could Fly and Viva La Vida.

“Almost immediately, from the minute their song came out, my e-mail box flooded with people going, ‘Have you heard this song by Coldplay? They ripped you off man.’ I mean, I couldn’t tell you how many e-mails I received.

“Everybody noticed the similarities between the songs. It’s pretty obvious. It’s as simple as that – when you listen to a song and you say, ‘Wow, that’s a real rip-off.'”

Satriani also said how he felt about the song

Since If I Could Fly came out in 2004, Satriani has been gratified by the reaction it’s received from his fans, many of whom have called it one of his most captivating songs.

“That’s what really hurts about this whole thing. That I spent so long writing the song, thinking about it, loving it, nursing it, and then finally recording it and standing on stages the world over playing it – and then somebody comes along and plays the exact same song and calls it their own.”

He tried to avoid a court case

“I did everything I could to avoid a court case. Everybody’s assumes I’m trying to go after these guys in Coldplay. As if I’m doing this with malice. That’s the furthest thing from my mind. I’m just doing what I need to do as an artist. To protect what’s mine, to protect those feelings I put down in song.

“I did everything I could to avoid a court case with this situation. But Coldplay didn’t want to talk about it. They just wanted this whole thing to go away. Maybe they figured this little guitar player guy will leave them alone after a while, I don’t know.”

“But we’re talking about a piece of art that I created, and that’s something I feel is important. I think everybody should feel that way.”

“I’m happy for the group, and in a very weird way, I was happy to hear my melody being celebrated. However, I was slightly confused that NARAS (National Academy of Recording Arts & Sciences, Inc.), the organisation which handles the Grammy Awards, would even consider nominating a track which they knew was heavily contested. These are the people who voted for MILLI VANILLI, though it isn’t really their job, I suppose.”

Days later, Coldplay commented that the similarities between their music and Joe Satriani’s were coincidental. In the note, the band said they were as surprised as the guitarist, and that “Joe Satriani is a great musician, but he did not compose or influence the song” Viva La Vida “. We respectfully ask him to accept our statement and we wish the best in all your future work “.

In an interview with the British newspaper NME, Coldplay frontman Chris Martin said that the controversy with Satriani came to put the band in conflict and that it almost ended the group.

“When these things happen it’s a coincidence and we’re as surprised by it as anybody else. Oh, I know exactly where the song [‘Viva La Vida’] came from. It came from the middle of the night, on a piano. I just get embarrassed about having to talk about these things.”

“I do feel a bit upset about it because I wrote the song. But, you know, these things happen. Whatever will be will be.”

In 2009, the case was dismissed in the Central District Court of California “under stipulation”, suggesting that an out-of-court settlement may have been reached between the two parties. Judge Dean Pregerson decreed that both parties must bear their own costs at the trial, and the case was closed.