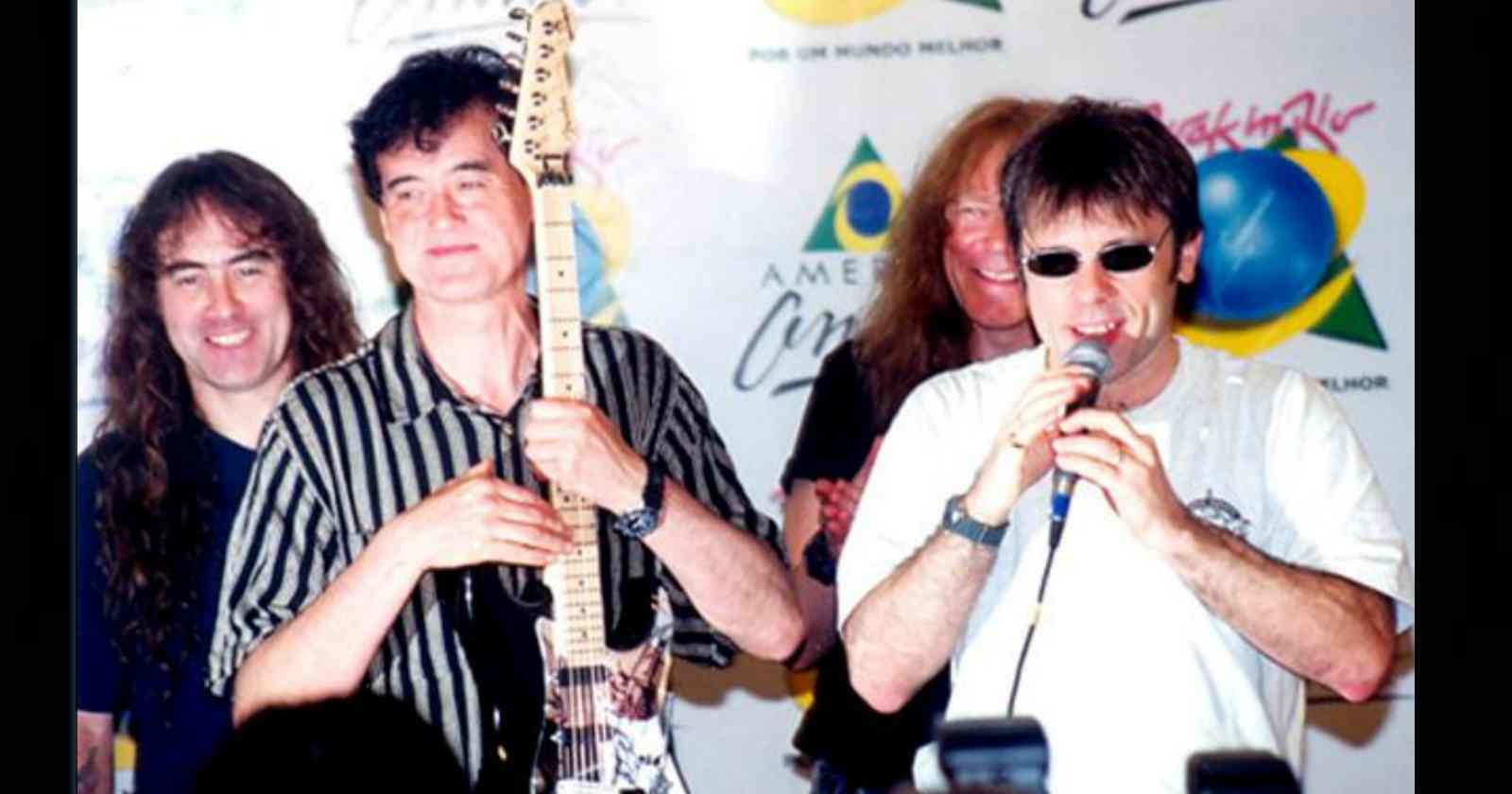 The legendary Led Zeppelin guitarist Jimmy Page influenced a whole generation of bands with the heavy sound he created with his bandmates in the early 60s and throughout de 70s. Two of these groups were Iron Maiden and Judas Priest, that are involved in an interesting story that happened at Rock In Rio back in 2001.

In a post on his Instagram profile in 2021, Jimmy Page recalled that 20 years before in Brazil, he accepted an invitation to go see Maiden performing at the famous festival. It happends that Priest’s vocalist Rob Halford kindly gave him a helicopter lift to the show.

When Jimmy Page went to an Iron Maiden concert with Rob Halford:

On this day in 2001, I saw Iron Maiden perform at Rock in Rio. ⁣Because I was in Brazil, it gave me an opportunity to take up an invite to see Iron Maiden perform at Rock in Rio. Rob Halford, from Judas Priest, kindly gave me a lift to the site in the helicopter. Here is a photo of me backstage playing a guitar that I believe was signed for charity.⁣”
⁣
“Iron Maiden filmed this show with one of the best audiences in the world. Always memorable, the Rock in Rio. Brazilian people know how to enjoy themselves at even the smallest party so you can imagine what they are like at a major festival!”

Jimmy Page gave a signed guitar to Rock In Rio so that it could go to auction so that the money could go to “Casa Jimmy” (Translated would mean Jimmy’s House) that is a charity foundation founded by Page in Rio de Janeiro in 1998 and helps to fight poverty and helps young people to get education. As pointed by Brazilian news source UOL, until 2011 the foundation was used as a residence for young homeless people and at one point had 550 teenagers living there. Since then, the organization provides socio-educational assistance after school hours for young people from low-income families living in the communities surrounding the headquarters. In addition to supporting former residents.

The Led Zeppelin guitarist loves Brazil and even lived there for time to time in Bahia state, that is known for it’s beautiful beaches. He lived in a small village and most part of the time the locals had no idea who he was and that gave him the freedom to walk in the streets unnoticed or just to be seen as a foreigner.