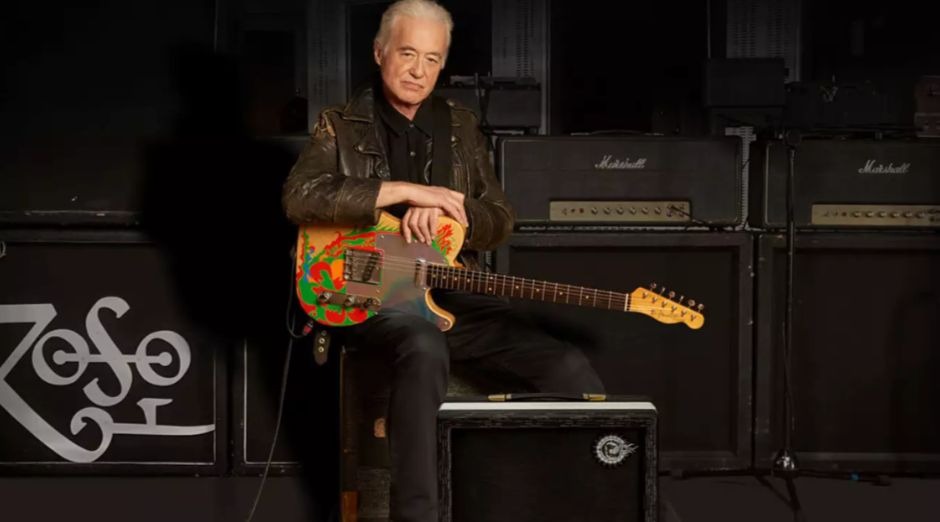 Led Zeppelin‘s Jimmy Page is considered one of the best guitarists of all time. Before forming Zeppelin he already was known for playing The Yardbirds and for being a respected session musician. He is the main influence of many great guitarists until today. Back in 1975 Jimmy Page talked with Rolling Stone reporter Cameron Crowe (Nowadays also a filmaker) about his career and also named some of his favorite guitarists at the time.

As a guitar Mafioso along with Alvin Lee, Jeff Beck, Pete Townshend and Eric Clapton?

“Out of all the guitarists to come out of the Sixties, though, Beck, Clapton, Lee, Townshend and I are still having a go. That says something. Beck, Clapton and me were sort of the Richmond/Croydon type clan, and Alvin Lee, I don’t know where he came from. Lester or something like that. So he was never in with it a lot. And Townshend, Townshend was from Middlesex and he used to go down to the clubs and watch the other guitarists.”

“I didn’t meet him, though, until “I Can’t Explain.” I was doing the session guitar work on that. I haven’t seen Townshend in years. But I suppose we’ve all kept going and tried to do better and better and better. I heard some stuff from Beck’s solo LP recently that was fucking brilliant. Really good. But I don’t know, it’s all instrumental and it’s a guitarist’s guitar LP, I think. He’s very mellow and Beck at his best can be very tasty.”

You seen Eric Clapton with his new band? 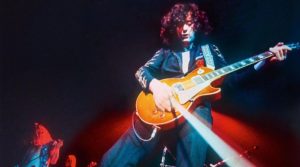 “Oh, Eric. Fucking hell, Eric. Yes, I saw him with his new band and also at his Rainbow concert. At least at the Rainbow he had some people with some balls with him. He had Townshend and Ronnie Wood and Jimmy Karstein and [Jim] Capaldi. “Pearly Queen” was incredible. And I would have thought that after that, he would have said, “Right, I’m gonna get English musicians.” Ever since he’s been with American musicians, he’s laid back further and further.”

“I went over to see him after he’d done his Rainbow concert and it wasn’t hard to sense his total disappointment that Derek and the Dominoes were never really accepted. It must have been a big thing for him that they didn’t get all the acclaim that “the Cream did. But the thing is, when a band has a certain chemistry, like the Cream had … wow, the chances of re-creating that again are how many billion to one. It’s very, very difficult.”

“The key to Zeppelin’s longevity has been change. We put out our first LP; then a second one that was nothing like the first, then a third LP totally different from them, and on it went. I know why we got a lot of bad press on our albums. People couldn’t understand, a lot of reviewers couldn’t understand why we put out an LP like Zeppelin II, then followed it up with III with “That’s the Way” and acoustic numbers like that on it. They just couldn’t understand it.”

“The fact was that Robert and I had gone away to Bron-Y-Aur cottage in Wales and started writing songs. Christ, that was the material we had, so we used it. It was nothing like, “We got to do some heavy rock & roll because that’s what our image demands …” Album-wise, it usually takes a year for people to catch up with what we’re doing.”

Do you have any favorite American guitarists?

“Well, let’s see, we’ve lost the best guitarist any of us ever had and that was Hendrix. The other guitarist I started to get into died also, Clarence White. He was absolutely brilliant. Gosh. On a totally different style—the control, the guy who played on the Maria Muldaur single, “Midnight at the Oasis.”

“Amos Garrett. He’s Les Paul oriented and Les Paul is the one, really. We wouldn’t be anywhere if he hadn’t invented the electric guitar. Another one is Elliot Randall, the guy who guested on the first Steely Dan album. He’s great. Band-wise, Little Feat is my favorite American group.”

“The only term I won’t accept is “genius.” The term “genius” gets used far too loosely in rock & roll. When you hear the melodic structures of what classical musicians put together and you compare it to that of a rock & roll record, there’s a hell of a long way rock & roll has to go. There’s a certain standard in classical music that allows the application of the term “genius,” but you’re treading on thin ice if you start applying it to rock & rollers. The way I see it, rock & roll is folk music.”

“Street music. It isn’t taught in school. It has to be picked up. You don’t find geniuses in street musicians, but that doesn’t mean to say you can’t be really good. You get as much out of rock & roll artistically as you put into it. There’s nobody who can teach you. You’re on your own and that’s what I find so fascinating about it.”