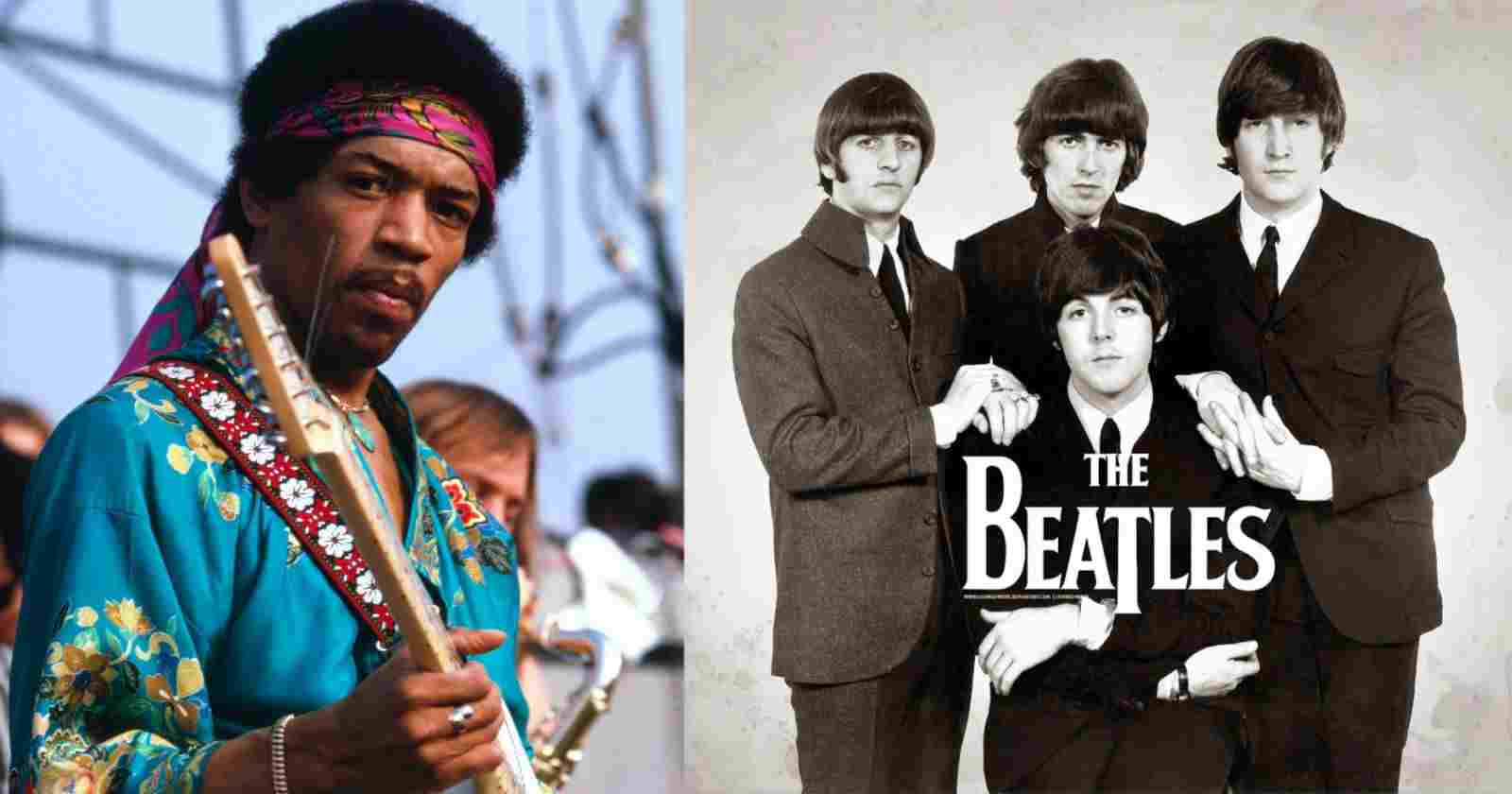 Legendary guitarist Jimi Hendrix unfortunately died too soon at the age of 27 back in 1970 and still is a huge influence to musicians all over the world. In an interview with Steve Barker back in 1967 the musician gave his opinion about The Beatles.

Jimi Hendrix gave his opinion about The Beatles, saying:

What about the Beatles and the things they’re doing now? “Oh, yes, I think it’s good. They’re one group that you can’t really put down because they’re just too much And it’s so embarrassing, man, when America is sending over the Monkees – oh, God, that kills me!”

“I’m so embarrassed that America could be so stupid as to make somebody like that. They could have at least done it with a group that has something to offer. They got groups in the States starving to death trying to get breaks and then these fairies come up.”

Paul McCartney recalled in his biography “Many Years From Now”, written by Barry Miles when he watched Jimi Hendrix playing live:

“It would be one of his first gigs in London. Jimi was a sweetie, a very nice guy. I remember him opening at the Saville on a Sunday night, 4 June 1967. Brian Epstein used to rent it when it was usually dark on the Sunday. Jimi opened, the curtains flew back and he came walking forward, playing ‘Sgt. Pepper’, and it had only been released on the Thursday so that was like the ultimate compliment.”

“It’s still obviously a shining memory for me, because I admired him so much anyway, he was so accomplished. To think that that album had meant so much to him as to actually do it by the Sunday night, three days after the release. He must have been so into it, because normally it might take a day for rehearsal and then you might wonder whether you’d put it in, but he just opened with it.”

“It’s a pretty major compliment in anyone’s book. I put that down as one of the great honours of my career. I mean, I’m sure he wouldn’t have thought of it as an honour, I’m sure he thought it was the other way round, but to me that was like a great boost.”

In an interview back in 1967, Hendrix said that Paul McCartney was the person that got the legendary gig at Monterey Pop Festival for his group:

“Monterey, California. Paul McCartney was the big bad Beatle, the beautiful cat who got us the gig at the Monterey Pop Festival. That was our start in America. Everything was perfect. I said: “Wow! Everything’s together! What am I gonna do?”

In other words, I was scared at that, almost. I was scared to go up there and play in front of all those people. You really want to turn those people on. It’s just like a feeling of really deep concern. You get very intense. That’s the way I look at it. That’s natural for me. Once you hit the first note, or once the first thing goes down, then it’s all right. Let’s get to those people’s butts!