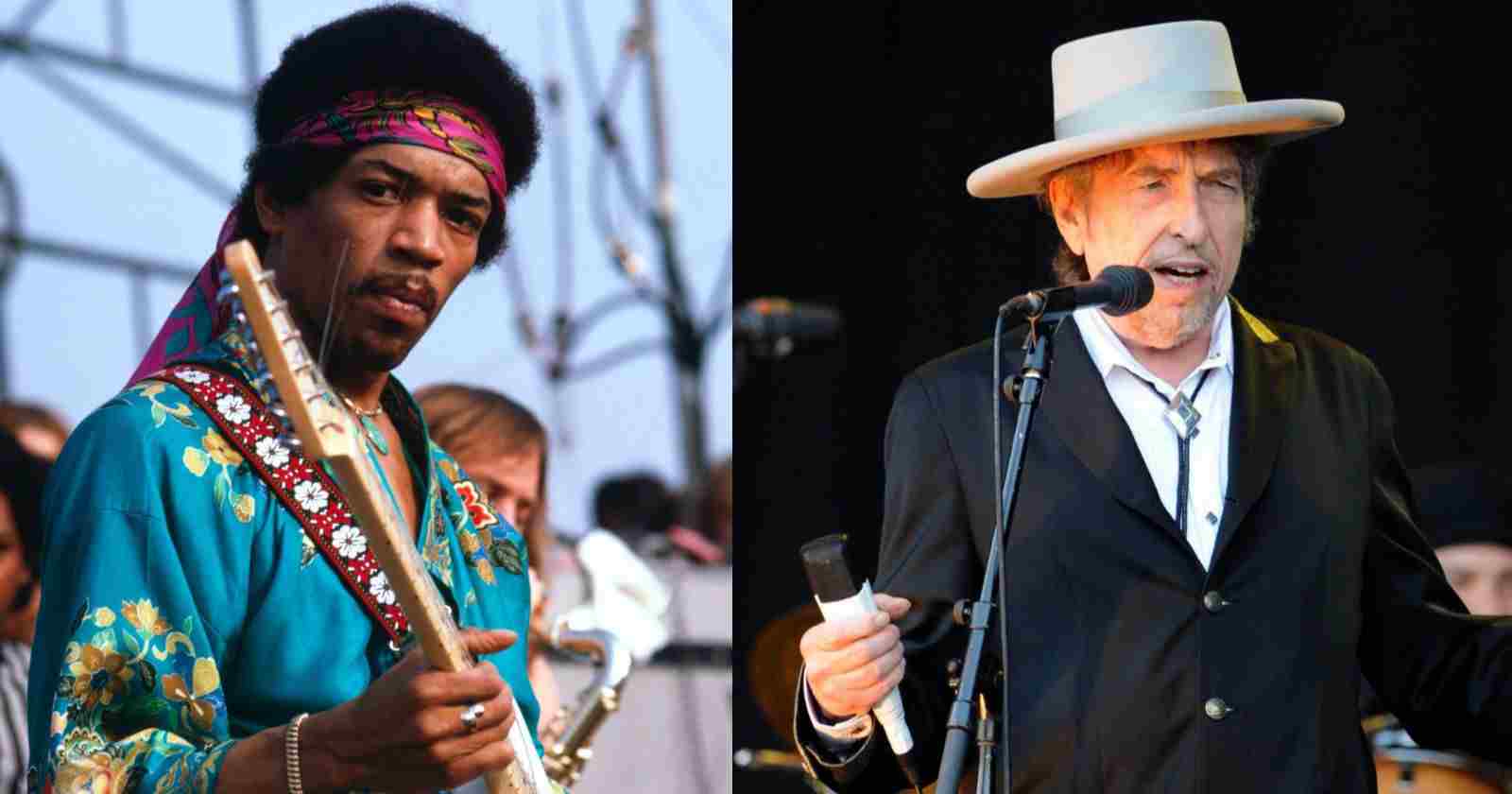 Legendary guitarist Jimi Hendrix unfortunately died too soon at the age of 27 back in 1970 and still is a huge influence to musicians all over the world. In an interview with Steve Barker back in 1967 the musician gave his opinion about Bob Dylan.

When Jimi Hendrix gave his opinion about Bob Dylan:

“I saw him one time, but both of us were stoned out of our minds. I remember it vaguely. It was at this place called The Kettle of Fish in the Village. We were both stoned there, and we just hung around laughing – yeah, we just laughed. People have always got to put him down.”

“I really dig him, though. I like that Highway 61 Revisited album and especially “Just Like Tom Thumb’s Blues”! He doesn’t inspire me actually, because I could never write the kind of words he does. But he’s helped me out in trying to write about two or three words ’cause I got a thousand songs that will never be finished. I just lie around and write about two or three words, but now I have a little more confidence in trying to finish one.”

“When I was down in the Village, Dylan was starving down there. I hear he used to have a pad with him all the time to put down what he sees around him. But he doesn’t have to be stoned when he writes. Although he probably is a cat like that – he just doesn’t have to be.”

Bob Dylan’s opinion on “All Along the Watchtower” cover

Bob Dylan once gave his opinion about Jimi Hendrix version for his song “All Along The Watchtower”, saying: “It overwhelmed me, really. He had such talent, he could find things inside a song and vigorously develop them. So he found things that other people wouldn’t think of finding in there. He probably improved upon it by the spaces he was using. I took license with the song from his version, actually, and continue to do it to this day.”

In the booklet accompanying his Biograph album, Dylan said: “I liked Jimi Hendrix’s record of this and ever since he died I’ve been doing it that way … Strange how when I sing it, I always feel it’s a tribute to him in some kind of way.”

“All Along the Watchtower” was written and recorded by Bob Dylan, that initially appeared on his 1967 album, John Wesley Harding. It has been included on most of Dylan’s subsequent greatest hits compilations. Since the late 1970s, he has performed it in concert more than any of his other songs.

The Jimi Hendrix Experience began to record their version on January 21, 1968, at Olympic Studios in London. According to engineer Andy Johns, Jimi Hendrix had been given a tape of Dylan’s recording by publicist Michael Goldstein, who worked for Dylan’s manager Albert Grossman. “(Hendrix) came in with these Dylan tapes and we all heard them for the first time in the studio”.