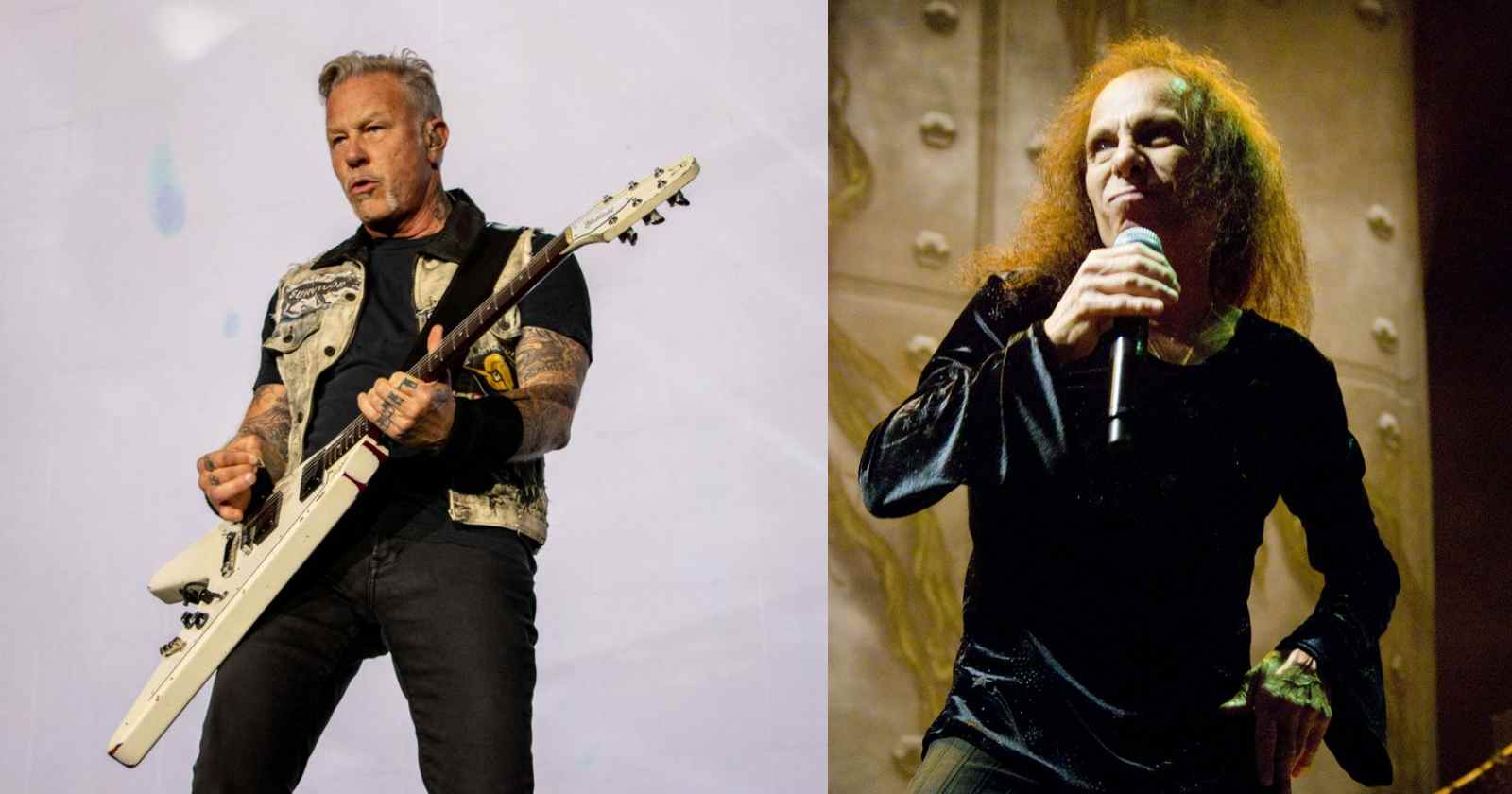 Ronnie James Dio was one of the most influential Heavy Metal singers of all time, he is best known for his work with Rainbow, Black Sabbath and with his own band Dio. Known for being a really nice person not only with his peers but with his fans, Dio captivated everyone he met and one of those persons who loved is the Metallica guitarist and singer James Hetfield. He recalled in an interview with Music Radar back in 2016 what Dio told him when he asked the late artist what was his secret to keep his voice in shape before a concert.

“When we did the Ronnie Dio tribute record. We did this medley of a bunch of different Dio songs. I just realised how fucking amazing that guy was. And it pissed me off, because when I met him I said, ‘Hey, can I hear your warmup tape? What do you do. What’s your secret to all of this?'”

“And he said, ‘Well, I just have a little glass of wine and go out and sing.’ What?! Yeah right! But I don’t think he was BS’ing me. He was just a natural singer and he had a range that had power all the way through it. He just continues to challenge me which is great,” Jamaes Hetfield said.

As the Metallica frontman recalled, the Thrash Metal band was part of the Dio tribute album “Ronnie James Dio – This Is Your life” released in 2014. They recorded a medley called “Ronnie Rising Medley”. It had the Rainbow songs “A Light In The Black”, “Tarot Woman”, Stargazer” and “Kill The King”.

Dio died back in 2010 at the age of 67 victim of stomach cancer. At that period he had reunited with his Black Sabbath bandmates Tony Iommi, Geezer Butler and Vinny Appice, forming a new band called “Heaven & Hell”. They released only one studio album “The Devil You Know” (2009).