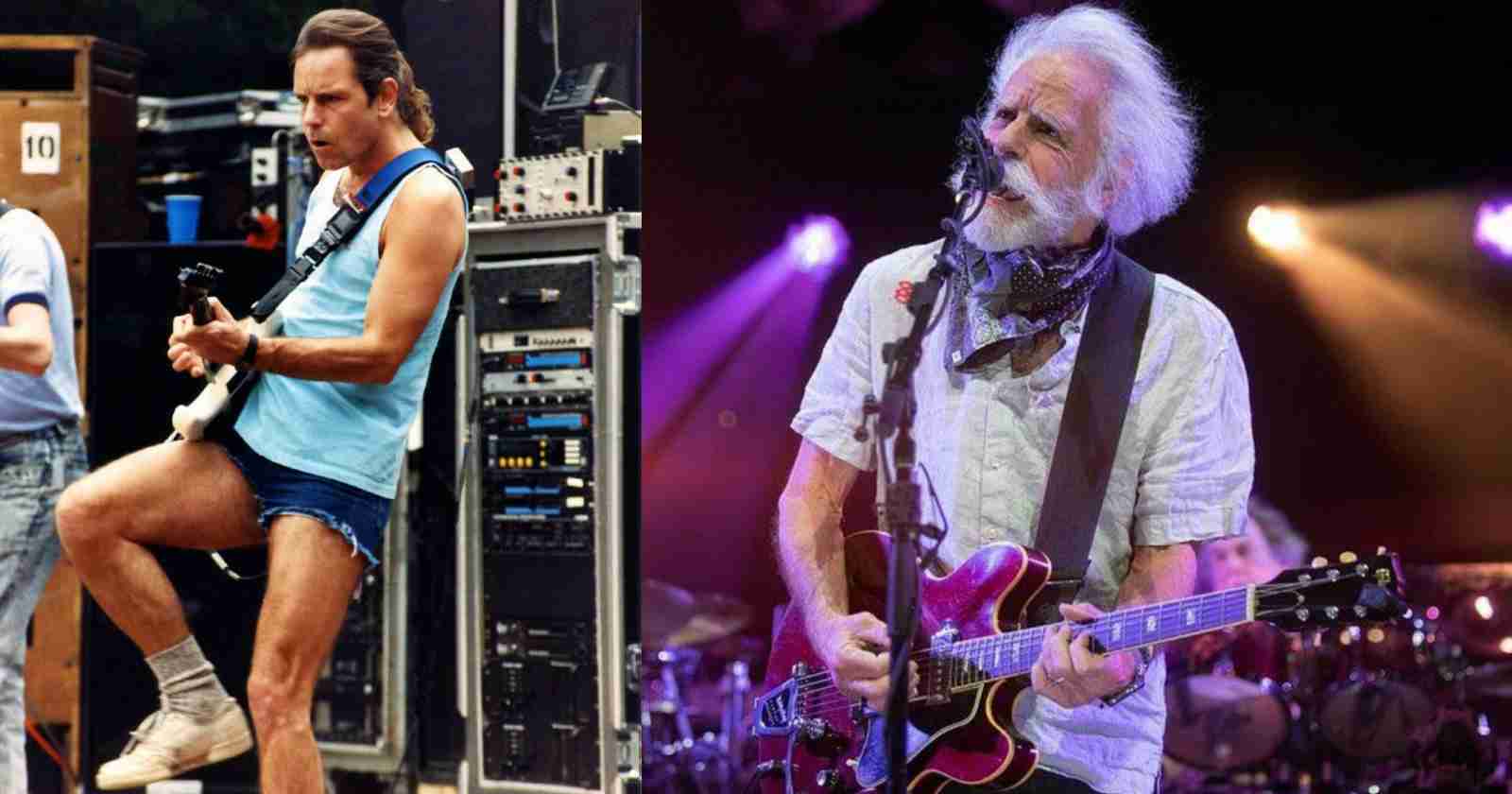 Besides being an amazing guitar, singer and member of Grateful Dead, Bob Weir is often remembered for the small jeans shorts he used to use during his lives performances with the band. In an interview with GQ Magazine back in 2019 the musician explained why he used the outfit so much.

“For me, when I’m onstage, the name of the game is “beat the heat.” It’s always July under the lights, and I have something of an aversion to heat. So, short shorts made real good sense to me. It’s form following function. At the time I was sort of losing my sense of propriety. I’d been wearing long pants and long-sleeved shirts and trying to look a little turned out, shall we say.”

“But by the time I got to my late 20s…I don’t want to say that people took me seriously. But I started to feel like I could get away with more. So I didn’t have to follow any trends. I could sort of start making my own.”

Robert Hall Weir was born October 16, 1947 and is an American musician and songwriter best known as a founding member of Grateful Dead. After the Grateful Dead disbanded in 1995, Weir performed with The Other Ones, later known as The Dead, together with other former members of the Grateful Dead. He also founded and played in several other bands during and after his career with the Grateful Dead. Including Kingfish, the Bob Weir Band, Bobby and the Midnites, Scaring the Children, RatDog, and Furthur, which he co-led with former Grateful Dead bassist Phil Lesh. In 2015, Weir, along with former Grateful Dead members Mickey Hart and Bill Kreutzmann, joined with Grammy-winning singer/guitarist John Mayer, bassist Oteil Burbridge, and keyboardist Jeff Chimenti to form the band Dead & Company.