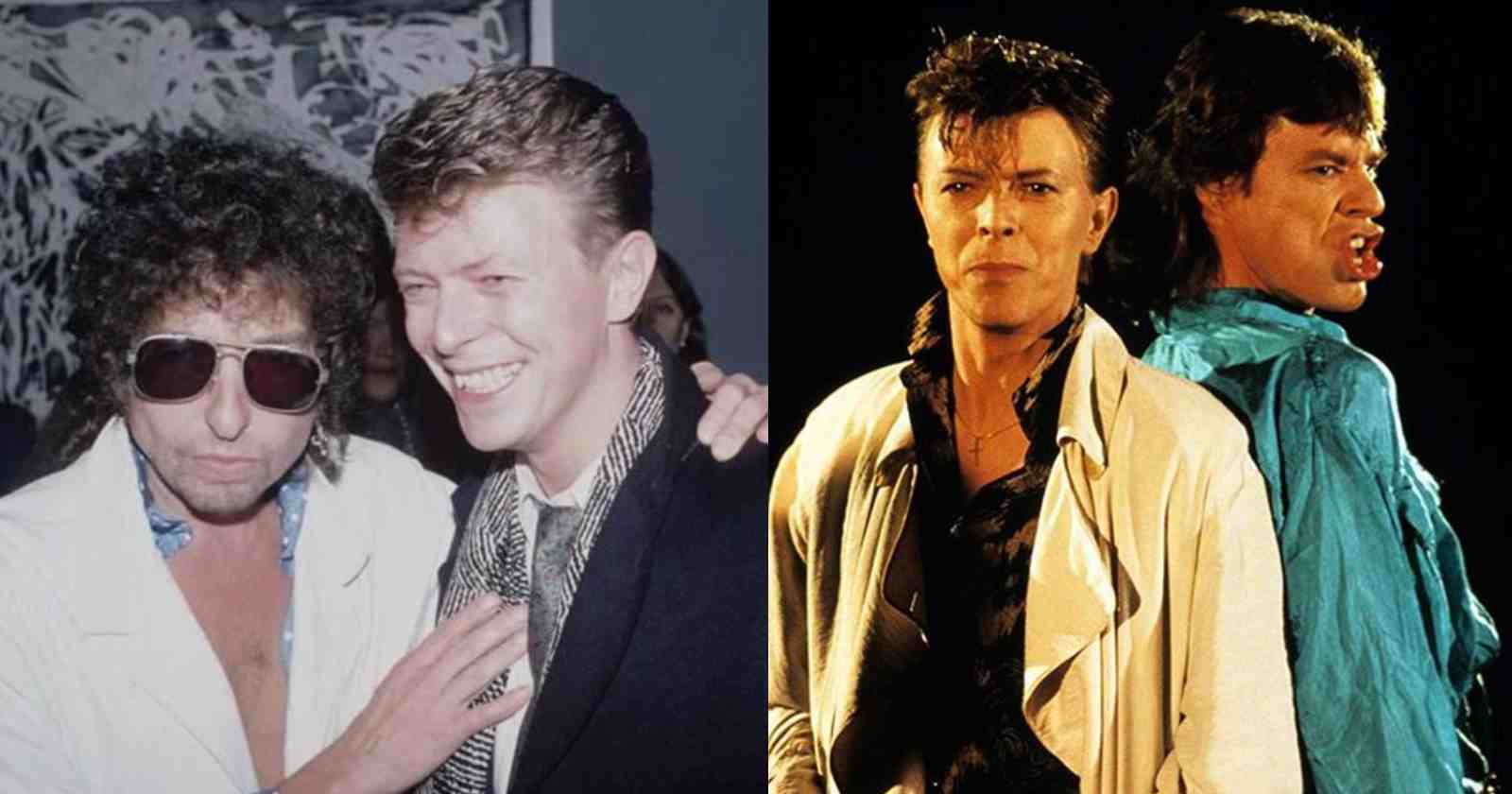 David Bowie is one of the most influential artists of all time and unlike many other musicians he can’t be put it in a box and described with only a few words. During his career he mixed pop music with many other music genres and art forms that made him unique. In an interview with Countdown back in 1990 (Transcribed by Rock and Roll Garage) Bowie was asked if he thought he had competitors in the music business and he used Bob Dylan and The Rolling Stones to explain why he thinks he didn’t had any. He also criticized bands like New Kids On The Black, that according to him were “creations”.

When David Bowie compared him to Bob Dylan and The Stones

“I would say that I stay out of it, I’d like to say that. Whether that’s true or not, I don’t know. You could tell from the outside. But I don’t really feel that. I feel that frankly over the last 20 years or so I’m pretty much my own man. I suppose is very cheeky of me to put myself in the same light but if I look at Bob Dylan, he doesn’t have competition, he is just Bob Dylan. Whether you like him or don’t like him, whether he does good stuff or bad stuff, he is still Bob Dylan.”

“You don’t compare him with anybody, it’s not a competitive kind of thing. It’s the same with The Stones, I know they create mock competitions for them with other bands. I’ve noticed in America it’s been happening. But there is really no way that you can compare The Stones with anybody. And I would hope, I think I’m probably am in the same kind of position. I’m David Bowie, I’m either good, a pile of shit, I’m accesible or not accesible, obscure, very commercial. I changed all the time. But I’m still me… no (laughs).”

“My answer is no. I don’t feel that I’m in a competition. I do feel it’s very competitive for new artists and they really have to make up their minds if they’re going to sort of present themselves as something to take off the shelf or whether if they want to be in it. When you want to make music or use the music to obtain fame. If you wanna use it to became famous, then you will just be shallow and it will be superfluous. But if you’re doing it because you wanna do the music and fame comes out of it, that’s a whole different thing.”

“You get bands now, there’s creations now like the old 50s, early 60s bands, like New Kids On The Block, the American band, where the music is there to create vehicle for them. Surely they can’t be in love to that music that they play, you know. I mean, you can’t comprehend that (they say) ‘Oh, this is our life’, get out of here! They’re cute boys in tight jeans. I mean, it’s about selling to that particular market,” David Bowie said.

Why the second Traveling Wilburys album was named “Vol. 3”
What is Robert Plant’s opinion on Grunge Rock and Nirvana
Advertisement
To Top