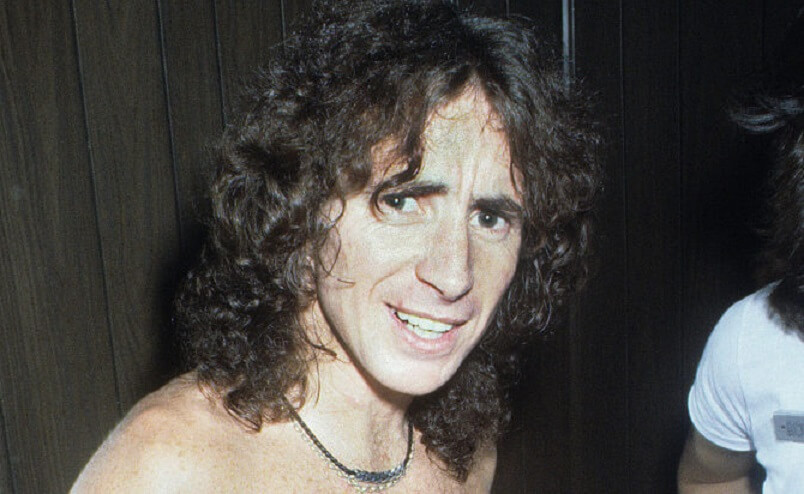 In 2003, during a press conference at Hammersmith Odeon, guitarist Malcolm Young remembered that the first time the band was headline in the house, vocalist Bon Scott was unable to enter the show because he was with the fans because he went to the concert by subway.

Ronald Belford “Bon” Scott (9 July 1946 – 19 February 1980) was an Australian singer, songwriter and instrumentalist, best known for being the lead vocalist and lyricist of the Australian hard rock band AC/DC from 1974 until his death in 1980.

Scott was born in Forfar, Scotland, and spent his early years in Kirriemuir. He moved to Australia with his family in 1952 at the age of six, living in Melbourne for four years before settling in Fremantle, Western Australia. Scott formed his first band, The Spektors, in 1964 and became the band’s drummer and occasional lead vocalist. He performed in several other bands including The Valentines and Fraternity before replacing Dave Evans as the lead singer of AC/DC in 1974.

AC/DC’s popularity grew throughout the 1970s, initially in Australia, and then internationally. Their 1979 album Highway to Hell reached the top 20 in the United States, and the band seemed on the verge of a commercial breakthrough. However, on 19 February 1980, Scott died after a night out in London.